The Chief Rabbi’s intervention in the 2019 General Election is unprecedented. Nevertheless, according to Andrew Barclay it simply reflects the shifting public opinion of Anglo-Jewry, who perceive Labour and its leader as a threat to Britain’s Jews.

Given the regularity of stories relating to antisemitism in the Labour Party in recent years, it has at times been difficult for individual stories to cut through into the national consciousness in their own right. The intervention on Monday evening from Ephraim Mirvis, the Chief Rabbi of the United Kingdom, is certainly one such occasion. In declaring the Labour leader Jeremy Corbyn as ‘unfit for high office’, the Chief Rabbi has taken the unprecedented step to break from a stance of remaining politically neutral in an upcoming election. While stopping short of actually advocating support for any particular party, describing the Leader of the Opposition and potential Prime Minister in less than three weeks’ time as responsible for a ‘new poison’ within Britain’s main left-of-centre party represents a truly extraordinary departure from the apolitical traditions of the role.

However, as remarkable as the Chief Rabbi’s involvement may be, there can be little doubt that his words will resonate with the views of a large majority of Britain’s Jews. Most recent polling estimates of support for the Labour Party among Jews place the party at a mere 7 percent, remarkable for a group once so strongly associated with the political left. Just less than 9 out of 10 British Jews see Jeremy Corbyn as personally holding views which are antisemitic. Despite being largely supportive of remaining in the EU, almost four out of five Jewish voters prefer the prospect of leaving without a deal than of a Corbyn-led Government. Most damning is the just-shy-of half of British Jews who report considering leaving the United Kingdom should Labour win power at the upcoming election.

What is more, emerging academic research has gone further in establishing how Jeremy Corbyn’s election as Labour leader has been a watershed in the worsening relationship between the Party and Britain’s Jewish voters. Contrary to suggestions that supporting the Tories is a product of the class profile of Anglo-Jewry, a recent journal article I co-authored shows that many of the social characteristics most influential in driving party attachments in the wider population such as age, education level and class identity are in fact weak predictors of either partisan attachments or approving of Jeremy Corbyn. Moreover, findings from the same study show that assessments of Jeremy Corbyn (where over 50 percent give Mr Corbyn as negative a score as possible) to be significantly lower even among the small number of Jewish voters still open to voting Labour than to their equivalents in the wider electorate. Best evidence suggests that these negative perceptions have already hurt Labour at the ballot box, given that the greater the number of Jewish voters living in a given ward or constituency, the more Labour has underperformed in their vote share in every election since 2015.

All of this puts the extraordinary nature of the Chief Rabbi’s intervention in context. While his very public criticism of the Labour Party and leader is a marked break in tradition, it is also reflective of the deep concern that an overwhelming majority of Britain’s Jews feel about the Labour Party at present.

Andrew Barclay is a Lecturer in Politics at the University of Manchester and researches the political attitudes of religious and ethnic minorities.

An LSE student’s view: Why the Labour Party’s own values must compel it to take antisemitism seriously April 6th, 2018 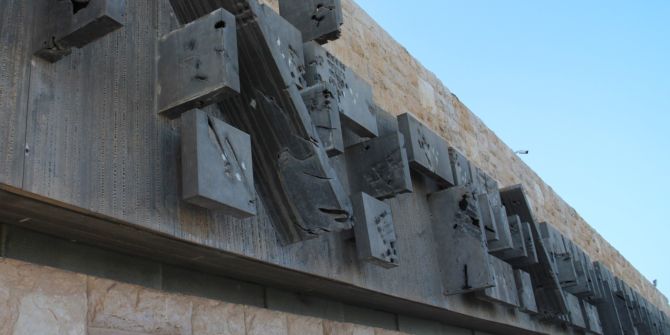