For the last three weeks, RGS has been exploring the role religion has played in the worldview of Vladimir Putin, Russia’s invasion of Ukraine, and Ukrainian identity. In this post, Dr Regina Elsner and Dr Tobias Köllner explore Russia’s political relationship with religion and its utilisation to build a strong nationalist identity, as well as how this relationship shapes the country’s foreign affairs.

In the last years of the socialist era and in particular since the end of the Soviet Union, religion re-emerged in the public sphere and became very important in the everyday life of many Russians. As a result, “religion, in many forms, is and has been a powerful force shaping how people explain suffering, form values, craft identities, and imagine change”, as Marc Steinberg and Catherine Wanner explain. This is highly relevant for contemporary Russia where many Russians connect their identity, their moral notions and their worldviews to religion.

At the same time, religion increasingly connects to national and ethnic identities. Such phenomena are visible around the world and nationalism has become a global phenomenon. Therefore, we experience a persistence or even a growth of the national in relationship to religion. Recent examples for this include the United States under Donald Trump, India under Narendra Modi, the United Kingdom with Nigel Farage and Boris Johnson, or Hungary and Poland with Victor Orbán and Jarosław Kaczyński.

Similar tendencies for connecting the nation with Orthodox Christianity have been described for Russia too and were described with the term ‘ethnodoxy’. On the other hand, however, it also has to be noted that the affiliations with religion are still very ambivalent and include religious and non-religious notions simultaneously. Consequently, nationalist and patriotic currents inside the mainstream religion of Orthodox Christianity became increasingly important over the past couple of decades. In these cases, religion is connected to national identity beyond ethnic affiliations, and provides a moral basis for individual and collective actions, which become sacred and can no longer be questioned. Thus, Orthodox Christianity allows mobilization and concrete actions to be taken.

For this reason, the role of religion in the ideology of Russian political elites has been widely discussed. With the escalation of the war in Ukraine, these discourses gained new momentum as Vladimir Putin explicitly justified the military invasion in Ukraine with the defense of Orthodox faithful against an alleged Nazi regime. Granted this part of his programmatic speech on February 21 was a minor topic, however, this argument and the religious dimension inherent in Putin’s historical vision deserve particular attention. In this way, religion becomes relevant both in domestic and global perspective.

Putin elaborates on his historical construction of a greater Russia based on the concept of Holy Rus’, a sacred space established with the baptism of Vladimir in 988 near Kyiv and shaped by certain values and traditions. Both the annexation of Crimea in 2014 and the invasion now have been framed in this wording of cultural unity, which has to be secured politically. The Russian Orthodox Church (ROC), as the inheritor of this historical legacy, underpinned the concept of unity with a spiritual dimension. This has two important consequences inside the Russian Federation and in the near abroad. Inside the Russian Federation, notions of unity are increasingly becoming sacralized and used as instruments against democratic discussion or internal opposition. (1) Outside Russia, and despite the fact that that the ROC always claimed to respect national borders and sovereignty, its concept of spiritual unity deprived Ukraine (and Belarus) of its particular identity and independence. (2) Consequently, it claims a right to define Ukraine’s (and Belarus’) cultural, religious, societal as well as political and economic orientation. This dimension of Putin’s address is directed to Russia’s population and transforms popular sentiments of cultural togetherness into nationalistic claims which are not vetoed by the ROC. Quite the contrary is the case, when militarist aggression is justified as “defence of the motherland” and legitimized by doubtful claims against gay pride movements.

Much has been said about the Russian World concept, developing from these references to a common spiritual and cultural space. Indeed, this spatial dimension transcended the borders of a reimagined Holy Rus’ especially under the Patriarchate of Kirill (Gundiaev) since 2009 at least in its cultural and value dimension. In contrast to the Holy Rus’ argument in the nearer neighbourhood of Russia, the Russian world implies all people and communities identifying with its distinct values. The moral entrepreneurship (outlined by Kristina Stoeckl and others) performed by the ROC and Russian politicians and public figures had a serious impact on Western conservative actors and the New Christian Right through its utilization of the culture wars narrative. That is why Putin’s references to the idea of hegemonic zones of influence is also addressed to this transnational right-wing community favouring Putin and the ROC as defenders of the traditionalist and anti-modern part of the world.

Finally, the reference to persecuted Christians as a justification for defensive action on foreign territories deserves special attention. This argument has been prepared by an unproportioned coverage of “believer’s rights violations” in Ukraine since 2018. At this moment, the establishment of an independent Orthodox Church of Ukraine, aligning itself with Constantinople over Moscow, and especially the political intervention by then president Petro Poroshenko caused a wave of social pressure and isolated acts of vandalism. At the same time, both the ROC and the Russian state increased their engagement for persecuted Christians in the Middle East, in Africa and in Europe, building a human rights framework for the claim to be the only global actor paying sufficient attention to this burning issue. When Putin argued to defend Orthodox Christians in Ukraine, he drew on this internationally approved framework. Without doubt, this dimension can easily be stretched to other parts of the world and is probably even a bigger threat to the international community then the Russian World ideology. For the near future, similar aggressions by the Russian state seem to be likely and may occur in neighbouring states with a Russian ethnic minority such as Moldova, the Baltic States or in Central Asia.

To conclude, it is fair to say that the aggression of the Russian Federation in Ukraine legitimized by religious arguments comes as no surprise. For quite some time already, politics and particularly fundamentalist religious circles joined their forces inside Russia for nationalist mobilization. In so doing, they became deeply entangled ideologically, personally and institutionally, as the Universal Russian People’s Assembly (Vsemiryni Russkii Narodnyi Sobor) indicates. On the other hand, however, the scale and intensity of the attack is unexpected. It will shape the region for decades and has serious consequences for the relationship between Russia and the neighbouring states, for the relations between politics and religion inside Russia, for the relationship of many Russians to Orthodox Christianity, and for the relations among the Orthodox Churches. Above all, however, the unqualified support of Russian aggression in Ukraine will have negative consequences for the ROC itself because it ignored its own principles and became deeply involved in a political conflict that estranged significant parts of its own flock.

Regina Elsner is a theologian and researcher at the Centre for East European and international Studies (ZOiS) in Berlin. Her work focuses on Orthodox social ethics in post-Soviet Europe, recent publications include the book "The Russian Orthodox Church and Modernity" (2021, ibidem) and the paper "Dynamics of Russian Orthodox Ethics of Peace and War: Sketching Shifts from the Cold War to the War in Ukraine" (2022, Uppsala Yearbook of Eurasian Studies).

Tobias Köllner is Senior Research Fellow at Witten/Herdecke University and recently published "Religion and Politics in Contemporary Russia: Beyond the Binary of Power and Authority" (2021, Routledge) and "Politics of Religion: Authority, Creativity, and Conflicts" (2021 co-edited with A. Testa, Lit). 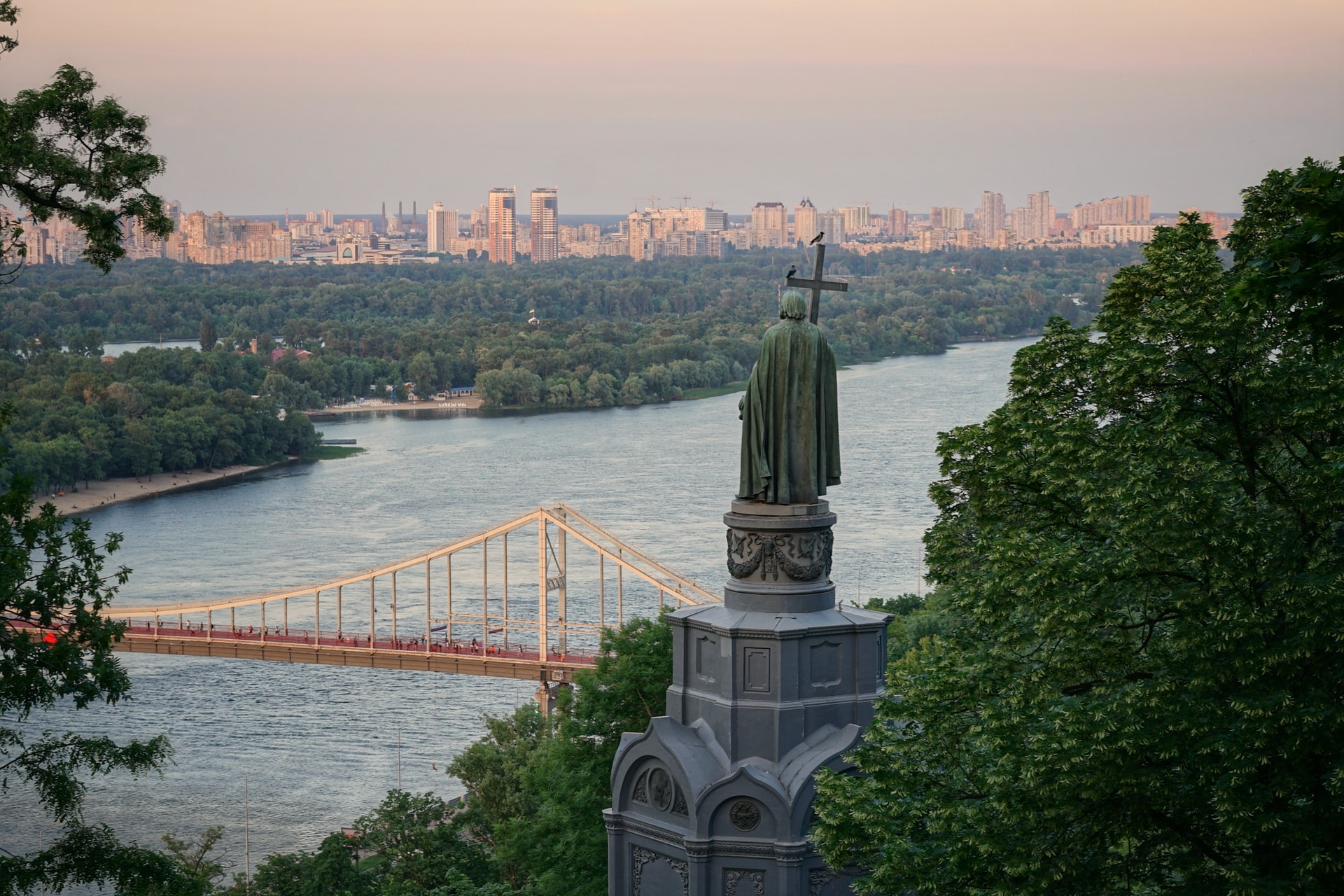 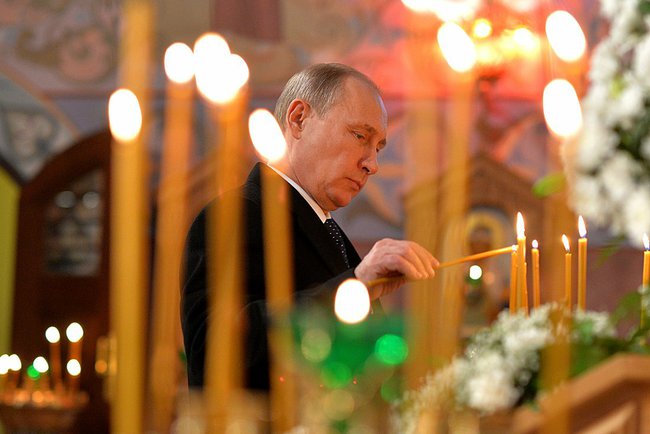 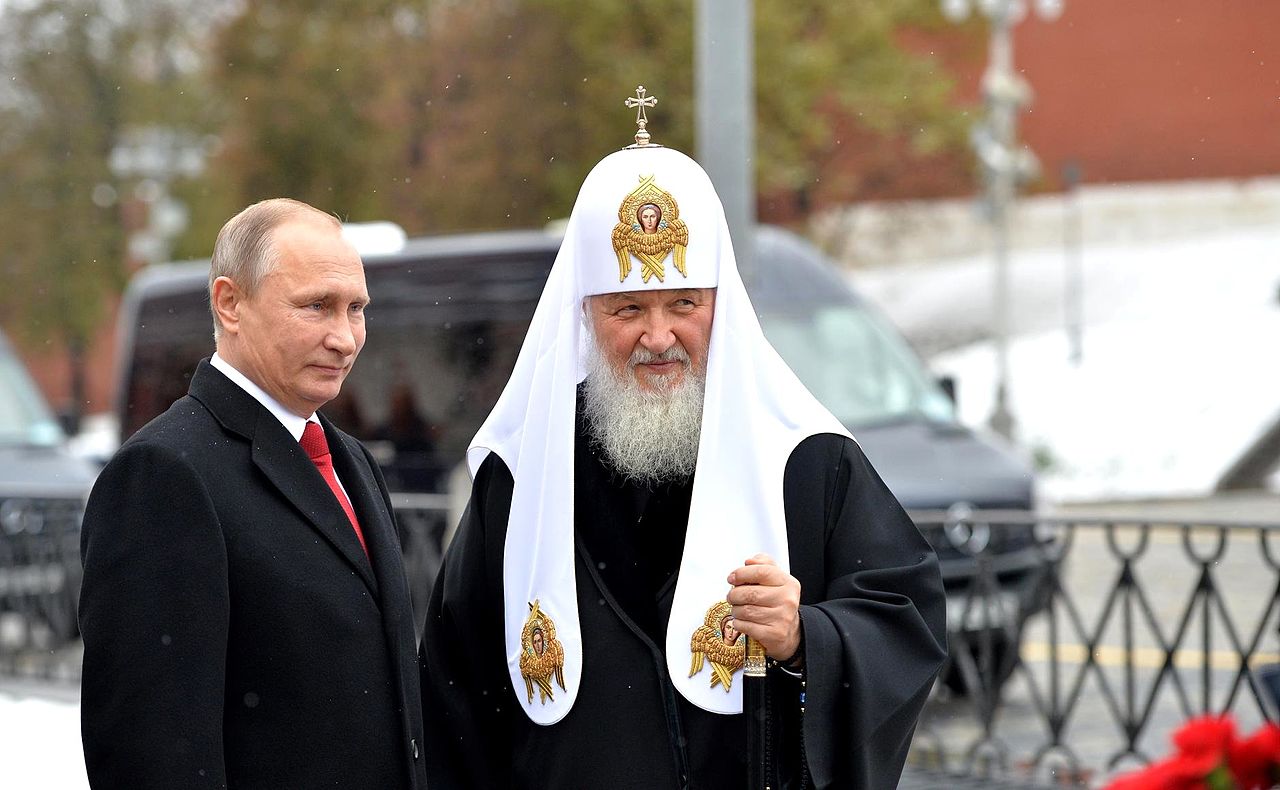 The Patriarch in Lockstep with Putin