In this reflective piece, Solene Auzimour considers her experience as a researcher, the importance of asking ourselves ‘why’ and ‘how’ we carry out sociological research, and her decision not to choose squatting as a dissertation topic.

October 2017, 1am. I am on my way to a rave, cycling on the empty streets near Stratford’s Olympic desert. Four dudes I met on the way are accompanying me, two of them on skateboards and completely hammered. It’s not freezing yet, but it will take us a good half an hour before we reach Bromley-by-Bow’s warehouses. Suddenly we hear a techno-like music coming out of a gritty building covered with street art – the guys get excited, it’s a rave! We’re here! I try to tell them that we’re still in a gentrified part of East London, there’s no way this event isn’t privatised. Indeed, the party is shielded by a gate with a code. Some yuppies arrive, ignore our questions, and slam the door in our face.

I try to explain. I use the word ‘hipster’, but it’s wrong. There’s something about it that I grasp, a feeling, a sense of atmosphere or experience – but I don’t have the words for it. Not yet. Then I read this article[1]. It’s not the hipster, it’s the middle-class and young creatives who like to fetichise the poor. I will not talk about working-class dynamics here, or race and ethnicity. I’m going to talk about a general idea of edginess associated with poverty. When you sit in a trendy café with gritty aesthetic, scrappy wooden chairs or cans used as glasses; when you go to a club with graffitied concrete walls, when you go for an overpriced latte in what looks like a warehouse[2], do you like this shabby chic atmosphere of authenticity? Does it make you feel real, does it give you some sort of escape from the continuous pulse of the city and its extremely demanding sensory stimulation?

Raves and squat parties aren’t glamorous. It’s dirty, dusty, you don’t have toilets or cloakrooms. Yet the VICE-reading, sheltered youth also managed to fetichise then commodify that. I am quite angry about it. What is it exactly that they want to fetichise? Raving is a movement of freedom constrained by law and policing, and they tried to grasp its spirit and make it a commodity. A simulation of poverty entered through consumption. I’m not trying to say that raves should be kept crappy: I argue that people who go to raves are stigmatised as ‘scums’[3] and have a history of police violence, but gentrifiers don’t care about that. They just want to slum it for a while.

I was temporarily accommodated by squatters in 2015 because I was fed up with trying to find a decent place to rent. This is where I met the people of various ages, gender and nationality, who squatted out of necessity rather than choice but made their lifestyle some sort of philosophy. It was quite naturally, then, that I picked up squatting as a topic for study on the SO221 (‘Researching London’) course. Residential squatting in London is a topic that has virtually never been covered in academic work since the 1980s, and there is a belief that it has been dying ever since. Yet it is very much alive, and squatters keep occupying London’s empty buildings. They are organised, knowledgeable, they practice dumpster diving, and they often repair the buildings they occupy and contribute to activism against gentrification[4]. Some of them open social centres to the public and organise soups for the homeless. In 2012, section 144 of the LASPO made it a criminal offence to trespass in residential properties with the intention of living there. They now use the law against the law by occupying non-residential properties (which is a civil offence), but face poorer conditions of living. They have to deal with insalubrity, permanent instability, insecurity, and police violence.[5]

This is the reality of squatting. And I wanted to keep talking about it, to explore the squatting scene and reveal its importance to the world, reveal the fact that we needed to acknowledge it instead of letting the media criminalise it. I soon realised it was all pointless and selfish. Will my actions help them? Absolutely not. Will people care? Not really. I remember asking on an LSE freshers’ Facebook group in first year if people were interested in going to squat parties with me. I got several answers from people thinking I wanted to go to the gym. Most of us do not realise our privilege as university students and academics, and me included, maybe up until recently. We think that because we understand the causes of things it makes us somewhat exempted from being proactive about changing them. Most of us academic lefties (and me included) talk about the struggles of the working class, the underclass, and BAME people, often without having experienced them. Most of us (and me included) have been engaged on LSE campus, very satisfied by the micro-effectiveness of our actions. Discuss working-class struggle over expensive beers. Organise a workshop on housing in LSE’s poshest room. Micro-protests as a simulation of effectiveness. Intellectual protest for intellectual people who do not engage with the reality of the situation. In the end, everyone goes home satisfied with the idea that they tried to make a difference. We speak ‘for them’ because we like to hear the empathetic sound of our voices, but in doing so we reinforce the very same mechanisms that prevent them from being heard. 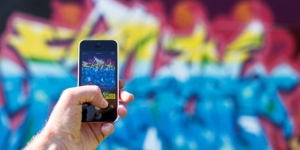 I was about to do that. I was about to exploit my friends’ personal stories and vulnerability, and discuss it in a paper that would be marked, probably considered as an original topic, possibly greeted with enthusiasm, but then discarded and forgotten about. In the meantime, my friends are being arrested for going through supermarkets’ trashes or resisting social cleansing.

This is what is called the ivory tower. And many university academics need to be thrown out of it.

[1] Todd,J. 2015, The poor fetish: commodifying working class culture, ROAR, accessed 06 January 2018, <https://roarmag.org/essays/london-middle-class-culture-poverty/>.
[2] Countless addresses can be given here, but here is a non-exhaustive list: the whole of Shoreditch, Brick Lane, pretty much every vegan café in East London, and Broadway Market.
[3] Quick Google search of ‘rave daily mail’ and ‘rave the sun’ will give you a picture.
[4] I would recommend reading: Van der Steen’s The City is Ours: Squatting and Autonomous Movement in Europe from the 1980s to the present (2014), and Hans Pruijt’s ‘The Logic of Urban Squatting’ (International Journal of Urban and Regional Research, 2013, Vol.37(1), pp.19-45), as well as having a look on the following website: https://planet.squat.net/
[5] This assertion is made after two years of frequenting and interviewing squatters. Women, POC and people with mental health issues are especially vulnerable, more because of systemic violence than because of the practice of squatting: if they are rough sleeping squatting is said to offer them a better shelter than the existing structures. The agency given to squatter through the practice of occupying a building and developing a community is crucial here.

Is There a Class Issue at LSE?: Episode 5

The Mirage of Self-Finance in UK Higher Education, or How To Keep Non-Elites Out

BSA Bourdieu Study Group: capital in all its forms