Do movements dedicated to decolonising sociology need to press further? Ashley Masing explores what a fully decolonised sociology could look like.

In The Communist Manifesto (1848), Marx once wrote that our political, legal, and educational systems were built on the foundations of existing structures which have scaffolded our society — and our colonial past is no exception to such influence. Movements dedicated to decolonising sociology curricula in many British institutions have taken place, having managed to, in most cases, affect positive change in the way the discipline is taught. Non-white social theorists such as W.E.B Du Bois and Edward Said are now becoming featured on many Social Theory syllabi, providing students with a racialised, post-colonial perspective on the complexities of modern Western society. Yet, I must digress; despite inclusions of Non-white thinkers and compulsory modules on issues pertaining to ethnic minority experiences, the road to the complete decolonisation of the discipline is only beginning to be traversed. Sociology itself needs to globalise for it to fully decolonise. It needs to be uprooted from a primarily Western context for it to truly be a complete analysis of human society. We must diversify the theoretical foundations of sociology, drawing schools of thought from thinkers around the globe, not just Europe and America. We need to re-situate discourses of contemporary social issues outside of the western sphere, analysing non-western societies, not purely for the sake of sparking conversations of colonialism. And finally, sociology must undergo an epistemological transformation; utilising knowledge produced by its sister disciplines of anthropology and geography to paint a wider picture of the modern, social world.

When universities have been presented with the notion that their curricula are “too white, too male,” the appropriate responses have been to incorporate a woman and/or a thinker of colour into their teachings. And whilst this is a step in the right direction, oftentimes these thinkers are operating within a relationship to a Western context; Du Bois and Said are popular choices of theorists that are alternative to an existing, white curriculum but both of their writings focused on: 1) race and race relations within America, 2) the relationship between the West and the wider world. Although their philosophies have introduced an examination of colonial structures, we need to disconnect from the idea that a ‘non-white/western’ perspective must only ever be in the context of colonial critique. Take the concept of social solidarity for example; when a sociology student is first introduced to this phrase, it is within the writings of Durkheim and his Division of Labour (1993), and although it is true that Durkheim has conceptualised these ideas in his book, the first theorist to coin such notions of solidarity was the Tunisian philosopher Ibn Khaldun in the Muqaddimah (2015), where he first introduces solidarity as asabiyyah. Many sociology curricula have tended to neglect Khaldun’s thinking despite it being foundational to the discipline and the way we think about society — and we can stand to learn a lot about society from non-western philosophies. Thinkers such as Foucault and Marx have never self-identified as sociologists yet their theories have contributed so much to sociological thought. Confucius’ political philosophies of government and social harmony (Parker, 2011), as an example, could help to potentially re-situate our social thinking outside of Eurocentric contexts. Though it is sensible and progressive to direct our attention to post-colonialism for the purposes of decolonising sociology, that is not the main goal of the non-White theorist, and their ideas extend beyond the conceptualisation of racialised thought.

And since the non-White theorist is not solely responsible for the theorising of race, neither is it the main goal of the non-western society to provide insight into the plight of the once colonised state. When thinking about a non-western society, they are often referenced in an analysis of colonialism; Du Bois (1903a) makes mention of the global nature of the colour-line and Said (1978) has spoken of the effects of Orientalism on the perception of the East, but that is where most mentions of non-western societies lay — in the conceptualisation of colonial effects. We need to remove ourselves from the association that the only value of looking into the issues pertaining to non-western states are only for the purposes of examining the effects of colonialism. We can gain so much sociological insight from analysing the contemporary social problems that underpin these societies without the intention of relating them back to colonial histories. For example, the construction of race relations in America and Europe differ greatly from the ethnic tensions within and between the South-East Asian states, and even the division of labour in accordance to gender lines in African societies, or even the ways patriarchy is manifested as machismo in Latin-American countries. Our discourse concerning modern society and its issues have been restricted to the polity, economy, and culture of Europe and America; this is not a true picture of the wider social world. Sociology needs to engage with the wider world in order for it to be a true science of society, as modern society and its contemporary issues are not restricted to any specific region. 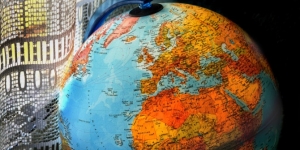 So in order to globalise our social discourse outside of the western sphere, we need to follow in the examples set by our sister discipline of anthropology and to adopt the knowledge produced by geography. Anthropology has been characterised as the study of the ‘other,’ whereas sociology is the study of ‘us’ (that being the west); and so anthropology has had a colonial origin in which it observed non-western societies as a study of the ‘exotic’ (Cohen, Kennedy and Perrier, 2013), but gone are those days.  Anthropology has since moved on from being a study of a perceived ‘other,’ its methodologies are now being utilised in the study of western peoples in an attempt to broaden our understanding of ‘being human.’ And the same needs to be done with sociology — no longer must we think of ‘us’ as the west, and start thinking of ‘ourselves’ as the wider world. We have to draw on the analyses of non-western modern societies, and we can do so by borrowing the knowledge produced by anthropologists. But geography too can give us a broader understanding of the social processes and issues that occur all over the world’s surface from economic inequality, urban development, to environmental sustainability, that can add to the diversification of sociology’s epistemological gaps. Sociology thus needs to adopt an interdisciplinary lens for it to truly globalize, and only then can the decolonising process truly begin to flourish.

So where do we go with sociology from here? It is now important to re-work the ways we approach the process of decolonising the discipline; it takes more than just introducing discourse on race and post-colonial perspectives, we need to start globalising the subject and consider societies outside of Europe not just for the sake of examining colonialism but for their epistemological value, and we need to think about diversifying the ways we think about the social world and the structures that lay their foundation. The approaches we use to develop the education of sociology speaks volumes of how it has been shaped by our relations with colonialism, and the modes in which we mold its evolution can then help to counteract this problem:

“Education is that whole system of human training within and without the school house walls, which molds and develops men.” — W.E.B Du Bois (1903b:58)

Ashley Masing is an undergraduate student in the Department.

BSA Bourdieu Study Group: capital in all its forms