Through the controversial internet.org initiative, Facebook now serves as The Internet to the majority of the world’s marginalised demographic. Payal Arora discusses internet regulation in the global South and highlights that while the West have had privacy laws in place since the 1970s, the emerging markets are only now seriously grappling with this need. Here she specifically explores some of the unfolding areas of vulnerability in the digital romance economy.

Love. Sex. Romance – are and always have been key in the adoption and use of new media technologies. Pornography and dating sites are the most frequented internet sites across the globe. Romance breeds new economies in the West– we find ourselves in the age of tinder, grindr, hinge, hitch, and okCupid. However, when it comes to the global South, the story has a different twist. While romance also serves as a prime driver for internet adoption here, few can afford to browse for a partner across sites for sustained periods. After all, the majority of the population in the global South are low-income, many living below $2 a day and with limited access to the internet.

With Facebook’s new internet.org initiative that provides free internet service to those in the developing world, it has become the one-stop-shop for romantic activity in these emerging markets. Facebook is tinder to the world’s poor. Most young men in poor communities such as in the Middle East have never spoken to a girl outside their family. Online chatting can be the only avenue of being in touch with the opposite sex. The girls in such patriarchal societies resist open communities online as they seek anonymity, atomisation and autonomy that otherwise is hard to come by in these sexually segregated societies.

Facebook carves new spaces for pleasure as well as new vulnerabilities. “Concerns about online deception are as old as the internet itself,” argues Toma and Hancock. The disembodied nature of online communication increases the opportunities for deception. False self-representation is a well-documented, common and global social practice as both women and men invest tremendous effort to position themselves as desirable in this highly competitive romance economy. Much of this can be harmless. However, deception when done systematically to scam people of their life savings, can be tremendously destructive.

In recent years, Koon and Yoong [pdf] have identified a new cyber-crime known as Internet Romance Scams (IRSs) in Malaysia where the scammers prime intent is to prey on the lonely and desperate and defraud them of large sums of money. The Royal Malaysian Police (RMP) reports that in 2012 alone, 846 IRSs cases have been recorded with a total loss of RM32.09 million and there may be more that have gone unreported.

In my own ongoing research (with Rangaswamy & Scheiber) on Facebook usage by youth in the slums of India and favelas of Brazil, romance frauds are a common malady. Fake girl profiles are set up to lure the ones keen on companionship. The game here is to promise love in exchange for recharging a mobile. The ‘fake girl’ friends a young man and chats with him. Some send photos and say that they are single and desperate for love. Then, as Raj, a young Indian man puts it, “I ask if we can meet? They say ‘can you help me with something’ and finally they ask for a recharge.” This has compelled a quick and steep learning curve among these men on detecting fake from authentic profiles on Facebook. Sanjiv, another young man in the slum, shares his deception detection strategy, “if you send ‘how are you’ to fake accounts, their reply will be ‘hot’ almost all the time. We can tell they are fake directly.”

Another area of vulnerability is revenge porn, the non-consensual sharing of sexual content posted and distributed online of the person featured, with the purpose of shaming. While this practice is pervasive worldwide, it far more frequently results in more deadly consequences, particularly in patriarchal societies in the global South. A common practice is to ‘slut shame’ the victim. For instance, Muttalik of the conservative right-wing religious party in India suggested that the young women have themselves to blame as they have been “corrupted by technologies” – their inappropriate use of their cell phones have made them “sluts.” In contrast, from our fieldwork in Brazil’s favelas where there is far less gender segregation, sexuality is more open and permissive. Even then, these issues pervade. While acknowledging self-blame, Elena from a favela in Rio, states clearly that it’s a matter of rights. “I made the video with my boyfriend, we broke up and he posted it.  Even though I’m wrong, I’m gonna go after my rights, because my image is there. Everybody has the right, so here nobody is a saint.”

While the West have had privacy laws in place since the 1970s, the emerging markets are only now seriously grappling with this as affordable mobile technologies have brought much of their citizenry onto the digital sphere within the last five years. Today, even the poor are digitally connected. And as with many laws, the personal becomes political as it’s more graspable to the lay public. Sex is perhaps the most visceral area that triggers moral panic and expedites regulation of the internet. A case in point is Brazil. Public anxieties about child pornography became pivotal for pushing legal initiatives to control Internet traffic in 2009. Media events such as the suicide of 17-year-old Julia Rebecca after a video of her having sex with other minors was posted online pushed the revenge porn bill into motion. In 2014, Brazil formulated a more sophisticated version of the Civil Framework for the Internet called ‘Marco Civil,’ which affects Internet users’ privacy and freedom of expression.

Not surprisingly, internet regulation in the global South strongly ties to regulation policies of Facebook. Since Facebook serves as The Internet to the majority of the world’s marginalized demographic through its internet.org, it will continue to take center stage. Given the collapse of diversity here, Facebook is at once both a public sphere of protest and state propaganda; their administrators are activists as well as instruments of authoritarian regimes. Furthermore, the global South is not unified on notions on sexuality, moral codes of conduct and perspectives on gender rights and yet, they continue to be addressed repeatedly as a monolithic whole. While it is helpful to go beyond the West to critically examine internet norms, it is also worth reconfiguring our understandings of the BRICS nations as they relate to politics of sexuality and how it manifests in digital cultures that propel new internet laws for a more inclusive public.

Payal Arora is Associate Professor in the Department of Media & Communication at Erasmus University Rotterdam and is Founder and Executive Director of Catalyst Lab. 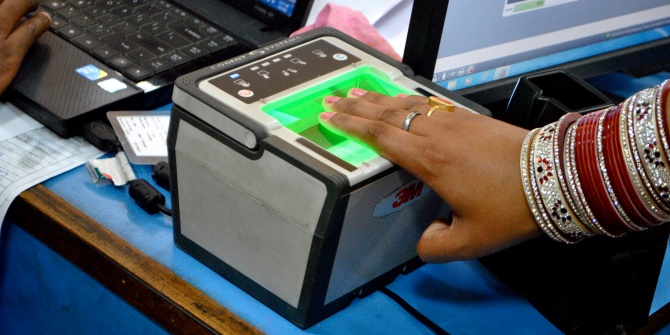 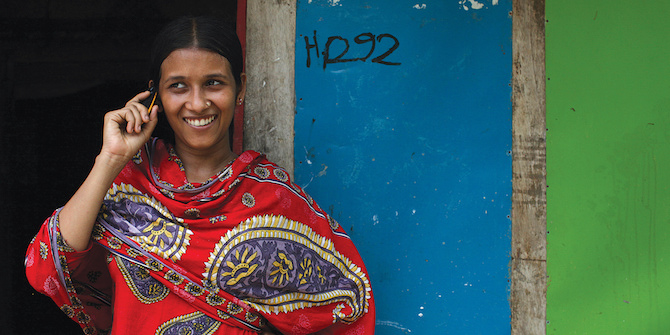 Are apps the future of NGO service delivery?

Bad Behavior has blocked 5060 access attempts in the last 7 days.