Politicians lie. That has to be one of the most universal and least controversial claims anyone could make, anywhere in the world. We smile with righteous agreement when we read that Louis Heren, a former deputy editor of The Times, said he approached every interview by asking of himself the question, ‘Why is this lying bastard lying to me?’. But the really hard question anyone serious about achieving political change needs to ask is what are the consequences of not lying? It is easy to profess allegiance to the truth, the whole truth, and nothing but the truth, but in a world where opponents are using every trick in the book to defeat you, can anyone afford to be so high-minded?

The challenge is dramatized in Primary Colors (1998), a fictional account of Bill Clinton’s first Presidential campaign, in which the lies extend to covering up a death. At the end of the film version, the president tells a disillusioned young activist:

This is hardball […] This is the price you pay to lead. You don’t think Lincoln was a whore before he was President? He had to tell his stories and smile his back-country grin. He did that so one day he’d have the opportunity to stand before the nation and appeal to our better nature. That’s where the bullshit stops.

This debate is often framed as a battle, or trade-off, between principle and pragmatism. But that dichotomy glosses over a more intimate relationship between the two. When principles concern outcomes, there can be no neat distinction with practice. If, for example, you refuse to tell a lie that will enable you to make society fairer, you have not preserved your principles; rather, you have given up one relating to outcomes for one relating to process or personal integrity.

The danger here is of what Bernard Williams called ‘moral self-indulgence’: keeping our hands clean to make us feel more virtuous at the price of making life worse for others. Politics, however, is a dirty business and the only way to keep oneself totally clean is not to get involved at all.

The most obvious minor concession to a politics of purity is to accept that politics may require a certain amount of ‘economy with the truth’, but to insist that is not the same as saying it requires outright lying. Actual practice gives this position some credence. The public is generally intolerant of brazen lies, but it doesn’t expect politicians to present the objective, impartial truth.

However, the ethically important distinction is not between lies and partial truths, but between truthful sincerity and deception. If a politician deceives without technically lying, no one accepts that as reasonable economy with the truth. Bill Clinton, for example, famously looked the American people in the eye and said he ‘did not have sexual relations with that woman, Monica Lewinsky’, and given the exact way ‘sexual relations’ is typically used in his native Arkansas, he might have been technically correct. But no one sees that as justifying his denial. Whatever might be problematic about political lies is equally problematic about any kind of intentional deception.

Economy with the truth, however, has become what electorates expect. It has led to the retreat of the rational and the rise of the emotive and the manipulative. A sign of how far this has gone is the extent to which the public often no longer even seems to care about truthfulness at all. To take just two examples, many people who said they voted for Trump also said that they didn’t believe a lot of what he said. Similarly, in Britain the campaign to remain in the EU failed in part because it tried hard to present certain facts and deny others when many people weren’t interested in the facts. The claim that Britain would save £350m a week by leaving the EU, for instance, was instantly discredited but was repeated anyway.

It’s easy to be outraged by this, but to return to the Primary Colors argument, if empty, emotive campaigning and communication is ‘the price you pay to lead’, but governing is ‘where the bullshit stops’, who cares how rational the political discourse just as long as the right people are running the country?

To answer this, we need to distinguish between two different ways in which there might be a mismatch between political rhetoric and substance. In the first, there is a mismatch between word and deed: politicians say one thing and do another. It’s easy to make the case against this. Apart from the moral objections, such a mismatch is not sustainable in the medium- to long-term. It might win you power once, but as soon as you are found out, trust is lost and hard to get back.

Another way in which rhetoric and action might not exactly coincide is when the rhetoric is not one of rational argument. One example of this is the idea that political parties campaign in poetry but govern in prose. Another analogy is with religious discourse, where some believe that myths and stories are ways of conveying the core of more complex ideas to simpler folk. Barack Obama’s first presidential campaign fits both these templates. ‘Yes we can’ is hardly high poetry, but it is a memorable, emotive cry. It is also one that does not conflict with the complexities of actually making change possible. Indeed, it does not even attempt to grapple with them. The electorate are given the simple narrative and the political elite work through the politico-theological details.

This would appear to offer a way of doing politics in the public domain that does not involve a commitment to rational discourse, but it does not involve deception either. This might then look benign, and it is indeed more or less how all political parties now work. Its fundamental principle is captured in the idea of spin: the idea is not to lie or evade the truth, but always to present it in the most favourable way.

One clue that this strategy might be problematic is that spin has become a dirty word. But why? As I said earlier, the public is generally intolerant of brazen lies, but it doesn’t expect politicians to present the objective, impartial truth.

To understand public distaste for spin, we have to see how the distinction I made between rhetoric that departs from substance and rhetoric that presents the substance differently is not as neat as it seems. In reality, there is a continuum between the two, and that means benign presentation can easily slide into malign misrepresentation. To return to religion, this is reflected in the debate over whether religious myths are merely simple ways of presenting deep truths or noble lies to keep the stupid masses on the straight and narrow.

But perhaps more importantly, decades of spin means that even those voters who don’t assume politicians are all lying do assume that they have no interest in the truth of what they say, only of its effects. A culture of spin makes the categories of truth and lies irrelevant. In their absence, people base their choices on other factors.

Take the recent EU referendum and the £350m claim. Many asked why so many voters didn’t see through this claim. The answer is surely that most of them did. But the point is they didn’t expect the campaigners to tell the truth. They expected all sides to lie, including their own. What they responded to was not the literal substance of the claim, but the central thrust of the message: a vote to leave puts our money back in our control. In other words, broad intentions are what counts, not detail. But politics is detail.

Another example of the dangers of spin is how most political parties started to claim they were all things to all people. Parties used to be more clearly identified with certain groups, usually along the lines of social class. In Britain this changed most clearly with the Labour administration of 1997–2010. This government did a lot for the worst off in society, Labour’s traditional voter base. But it didn’t present itself truthfully as being on their side because it didn’t want to scare off middle-class voters. There was then a genuine misrepresentation that backfired in two ways: those it no longer spoke for felt abandoned, while those it now claimed to embrace did not feel genuinely looked after.

Apparently benign spin is therefore often anything but, for two reasons: First, the most favourable representation easily slides into dishonest misrepresentation, since at the very least it encourages people to draw the wrong conclusions. Second, the focus on presentation leads people to correctly conclude that truth and falsity are not the priorities.

Rejecting the popular notion that political success depends on half-truths and lies doesn’t mean we need not bother with persuasion at all, leaving ourselves more likely to be defeated by those with greater skills. Persuasion comes in different forms, and not all are malign. Those forms that are deceptive need to be understood in order to be countered, not emulated. If we use such devious techniques ourselves, it makes it impossible to take the moral high ground and call out others for doing so. We should turn this to our advantage: refuse to use the most devious techniques and point out when others do so, again and again. For example, a popular ruse adopted by many Conservatives in the UK has been to refuse to even debate issues where the party is considered to be weak. Hence, in the last two UK elections, the Conservatives simply refused to say where their savings would come from to cut the budget deficit. The opposition should have been stronger at pointing out this evasion.

I think we should go further and expose the techniques being used. It could be a powerful message: ‘Look, their refusal to debate this issue is a deliberate strategy as they believe that if they just don’t talk about it, they can get away with no one else talking about it either. It’s a cynical ploy and what’s more they’re wrong because once you know what they’re doing, you are smart enough to see through it.’

Or do we doubt that our fellow voters are smart enough to see through it? A certain degree of scepticism might be warranted. But just as we should not overestimate the electorate nor should we underestimate it. If we give up on the possibility our being capable of responding to rational arguments, aren’t we also giving up on humanity? If we become so cynical that we believe deceptive manipulation is the only route to power, why are we democrats at all?

This essay is based on the book A Short History of Truth by Julian Baggini (Quercus, 2017).

Julian Baggini is a philosopher, author, and columnist who has published widely. He is Academic Director of the Royal Institute of Philosophy. Follow him on Twitter: @microphilosophy. 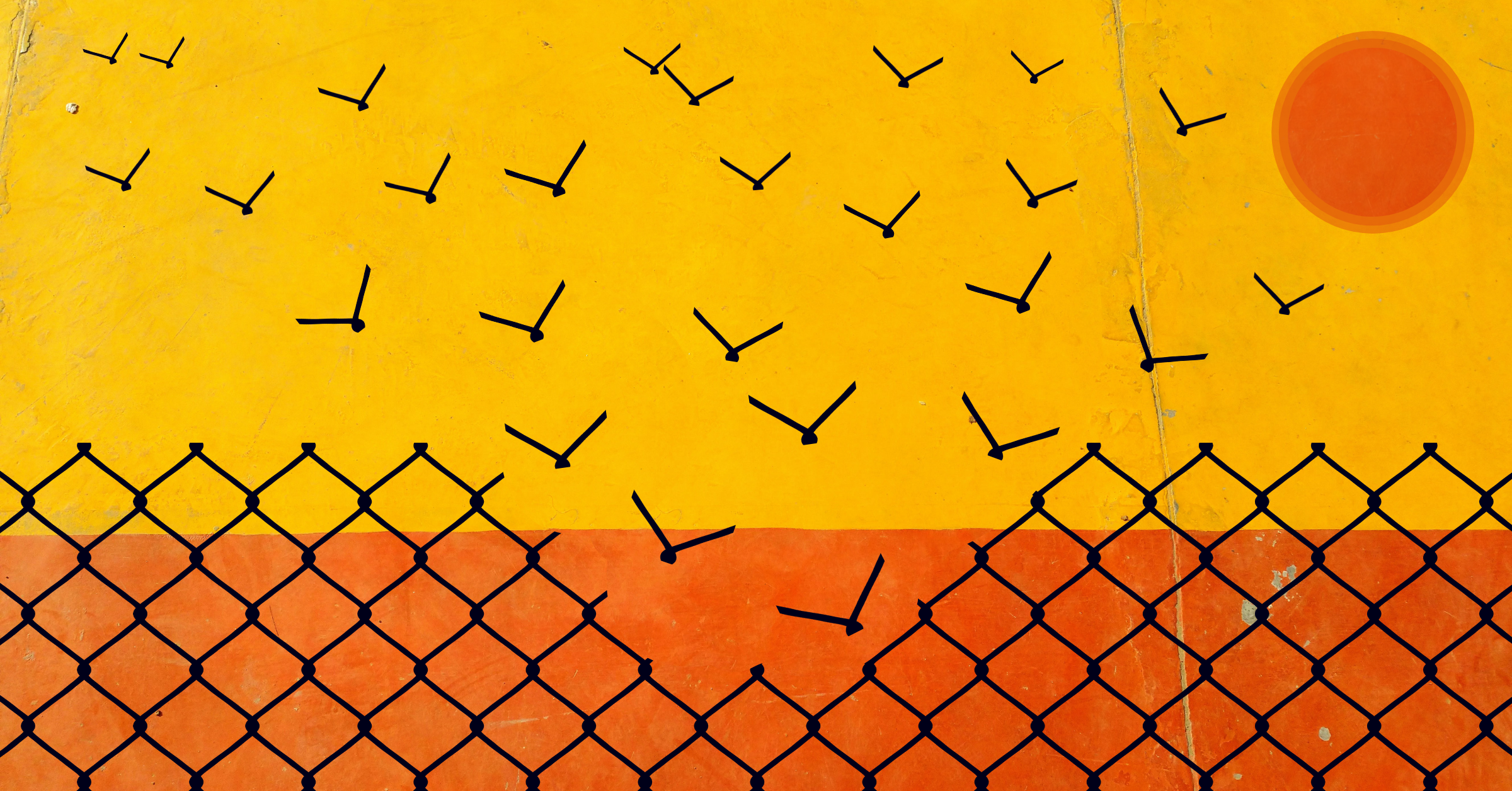