Philip Goff on panpsychism and the nature of matter

Panpsychism is the view that consciousness is a fundamental feature of all matter. Humans have rich and complex experience; horses less so, mice less so again. As organisms become simpler perhaps at some point the light of consciousness suddenly switches off, with simpler organisms having no subjective experience at all. But it is also possible that the light of consciousness never switches off entirely, but rather fades as organic complexity reduces, through flies, insects, plants, amoeba, and bacteria. For the panpsychist, this fading-whilst-never-turning-off continuum further extends into inorganic matter, with fundamental physical entities—perhaps electrons and quarks—possessing extremely rudimentary forms of consciousness, which reflects their extremely simple nature.

Panpsychism is clearly coherent, but do we have reason to think it’s true? In a recent piece for Oxford University Press blog, I presented what I call the ‘simplicity argument’ for panpsychism. A crucial premise of this argument is the thesis that physical science tells us less about the nature of matter than we ordinarily think. In the public mind, physics is on its way to giving us a complete account of the fundamental nature of space, time, and matter. Upon reflection, however, it becomes apparent that physical science is exclusively concerned with what matter does. Physics provides us with mathematical models that allow us to predict with great accuracy the behaviour of physical entities, but it tells us absolutely nothing about the intrinsic nature of those entities, about how they are in and of themselves. I call this the ‘austerity thesis’.

Of course, as with any philosophical argument, there are many ways this one can be challenged (fortunately I have conclusively addressed them all in my book Consciousness and Fundamental Reality). I want to focus here on one especially persistent complaint: Why on earth should we suppose that matter has an intrinsic nature in the first place? If physics just tells us what matter does, then maybe that’s all there is to matter. Maybe once you know what an electron does, you know everything there is to know about what an electron is. On this view—known in the philosophical literature as ‘causal structuralism’—physical entities are not so much beings as doings. Causal structuralism takes a bit of getting used to, but many would argue that it is coherent.

I beg to differ. In what follows, I will try to demonstrate that the universe that causal structuralists describe is unintelligible.

The Circularity Objection against Causal Structuralism

The most common response one finds to the circularity objection is that it relies on an unwarranted prejudice against holism. The word ‘holism’ is a bit slippery, but in this context we can take it to be the view that things are inter-defined, in the sense that the very identity of each thing is a matter of its relationships to every other thing. For the holist, entities come as a package: we can’t completely understand the nature of any one thing in isolation from the nature of everything else. Causal structuralism would seem to imply a kind of holism, as each thing is defined relationally, in terms of its effects, which are defined in terms of their effects, which are defined in terms of their effects, and so on until we eventually loop back in a circle.

I agree that mass can be uniquely identified—as it were, honed in on—in terms of its place in the abstract pattern of causal relationships realized by physical properties considered as a whole. But doing this doesn’t tell us what mass does. And according to causal structuralism, physical properties are defined in terms of what they do: by the effect they have on the concrete physical world. Thus if causal structuralism is true, in order to know the nature of a physical property, we need to know what that property does and not merely its place in an abstract pattern of causal relationships.

This is all getting very abstract, so let’s take a ludicrously simple example. Suppose I have three match boxes, and I tell you the first contains a ‘SPLURGE’, the second a ‘BLURGE’, and the third a ‘KURGE’. You innocently ask me, ‘Oh really, what’s a SPLURGE?’. I answer, ‘A SPLURGE is something that makes BLURGES’. Now, you can’t really understand my answer until you know what a BLURGE is, so naturally your next question is, ‘Fine, so what’s a BLURGE??’. I respond, ‘Oh, that’s easy, a BLURGE is a thing that makes KURGES’. But in a similar way, you can’t understand this answer until you know what a KURGE is, and so—starting to get a bit irritated—you now demand to know: ‘What on earth is a KURGE???!!’. My response: ‘It’s something that makes SPLURGES’.

You could be forgiven at this point for deciding you didn’t want anything more to do with this conversation. For although the discussion has taught you something about the abstract pattern of causal relationships that exist between SPLURGE, BLURGE, and KURGE, it has left you none the wiser about what any of them actually do. The same is true, although in a more complex way, of the description of physical reality offered by the causal structuralist. If causal structuralism is true, it is logically impossible to gain understanding of what anything does and hence logically impossible to gain understanding of what anything is. If this isn’t an unintelligible view, then I don’t know what is.

Towards a new conception of science

Five hundred years of physical science has yielded rich information about the causal structure of reality. This knowledge has enabled us to manipulate the world in undreamt of ways, producing extraordinary technology that has transformed society beyond recognition. These wondrous developments have a visceral effect on our metaphysical yearnings. We become inclined to think that we’ve finally found something that works, and that we’re at last discovering the nature of reality as it is in and of itself.

Sadly, that isn’t what physical science is doing. Physical science has been so successful precisely because, from Galileo onward, it stopped trying to tell us what matter is and just focused on mapping its abstract causal relationships. Natural human curiosity cannot rest with this. At some point, human society will once again return to the beautiful project of trying to work out the nature of reality: not just what matter does, but what it is. And in the context of that admittedly more speculative project, my bets are on panpsychism.

This essay is a companion piece to Are Electrons Conscious?, published by Oxford University Press.

This essay is based on the book Consciousness and Fundamental Reality by Philip Goff (Oxford University Press, 2017).

Philip Goff is Associate Professor of Philosophy at Central European University. His research interests include consciousness, the mind-body problem, and political philosophy. Follow him on twitter: @philip_goff 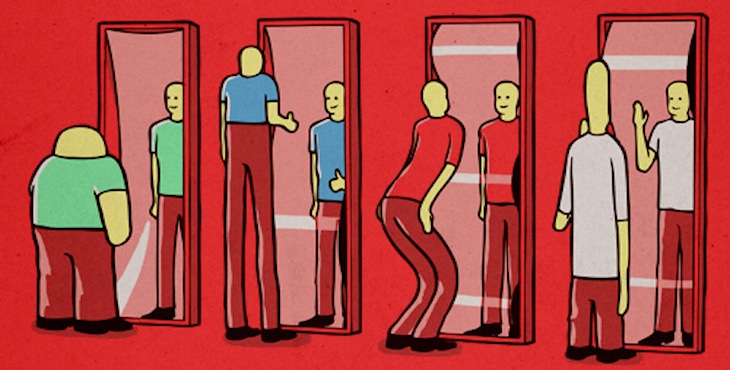