In The Power Surge, Michael Levi takes readers inside the USA’s unfolding energy revolutions, and discusses how both fracking and eco-startups can offer big opportunities for the country to strengthen its economy, bolster its security, and protect the environment. Luba Pirgova finds that academic readers may be disappointed by the lack of scholarly references, but for those looking for a light and accessible explanation of the energy options in the USA this is a recommended read.

In The Power Surge, Michael Levi offers an insightful, albeit academically limited, view of the recent energy debates in the United States, visible in events such as the Obama-Biden comprehensive New Energy for America plan, for example. Levi is the David M. Rubenstein Senior Fellow for Energy and the Environment at the Council on Foreign Relations, and has written widely as a journalist for The New York Times and elsewhere. Levi uses this book to create a complex interplay between policy, economy, environment, security and community in relation to energy, in an attempt to inform the public of the various energy debates that exist in the United States and to advise readers to be open to all energy alternatives as each has its merits and downfalls.

The book is separated into eight chapters, the first two of which cover the hard energy path and the soft energy path. The hard energy path is distinguished by rising consumption, dependence on coal, nuclear and a wide array of fossil fuels with no consideration of alternative methods. The soft energy path, by contrast, encourages consumption decline and the investment in ‘soft technologies’, or renewable energy, including solar, wind, biofuels, etc. Remaining chapters cover natural gas, oil, climate change, car technology development, renewables, uncertainty, and opportunity. The book is written in a witty and sharp style following that of a magazine article, and contains anecdotal evidence such as personal stories and narratives. There are almost no theoretical references and journal quotations, and the few that do exist are very brief mentions. This style makes for an interesting read but may leave the academic reader wondering about the depth of analysis.

The chapter on ‘The Battle for the Future of American Energy’ provides some historical and contextual background that is useful for unfamiliar readers. Levi traces the energy debate back to the oil crisis of October 16, 1973, serving to illustrate how energy security is very much tied to international relations between countries, in this case between the Organization of Arab Petroleum Exporting Countries (OAPEC) and the USA. Some argue that the crisis due to the oil embargo imposed over the USA by OAPEC was a direct retaliation following the USA’s decision to re-supply Israel with weapons, while others including Levi emphasize that the embargo was a tactical maneuver of what he calls the ‘Arab oil cartel’, aiming to make clear OAPEC’s power over the West.

As a result of the crisis and following developments such as the initial fuel economy standards for cars and light trucks in 1975 and the completion of the Trans-Alaskan Pipeline in 1977, politicians and energy groups had to discuss which energy path would be most successful. Levi quotes Allen L. Hammond on page 9 to sum up:  the two sides of the debate had to decide “whether energy salvation [would lie] in conservation or expanded production; in renewable or depletable energy resources; and in small-scale, decentralized energy sources or in large, centralized systems”. Despite how different these two sides appear, they actually had more in common than either recognized, or as Levi writes, “their goals largely coincide: they want economic prosperity, national security, and a cleaner environment for their kids” (p.7).

The following chapter, “The Barbarians are at the Door” serves to highlight the fracking debate in Ohio, as well as the growing role of natural gas in American politics, economy, and life in general. The chapter presents the breakthrough in drilling for natural gas that occurred though the combination of two rather old techniques – horizontal drilling and hydraulic fracturing. The breakthrough has allowed some to herald natural gas ‘the country’s economic savior’ (p.24), with fracking creating new jobs both directly and indirectly related to the drilling process (pp 25-29), as well as providing possible alternatives to oil, such as compressing, or liquefying natural gas to use to power cars (pp 35-41). The new applications of natural gas have given Americans hope of an increased independence from foreign controlled imports, especially in view of the 2009 Russian debacle with Ukrainian gas, which showed the power in controlling energy sources when Russia cut off gas supply leaving southern Europe very vulnerable to the cold (pp 29-35).

In “Win, Win, Win, Win”, Levi finally reaches the ‘soft path’, or renewables debate, or so the reader is at first lead to believe, with the discussions surrounding clean energy. However, that perception quickly changes as ‘clean energy’ is not defined by renewables alone, but rather, by zero-carbon emissions energy supply, including nuclear energy, and coal or gas with Carbon Capture and Storage (pp 172-174). In the conclusion of the chapter, Levi argues that renewables could help transform the U.S energy system but they are still too unpredictable and unreliable. Even though renewables can “bring down costs through technology innovation, including creating bigger markets for alternative power” (p.177), this can happen only if they have the public on their side, more investment to develop the technology and sustained government support. In the chapter “Wild Cards”, Levi shows the uncertainty and game changes that can be driving forces behind some of the debates, but again, placed in highly politicized context.

The final chapter, “The Energy Opportunity”, summarizes the various opportunities the hard and soft energy paths provide, concluding with the advice that “if the American people and their leaders can embrace a course that exploits both of the unfolding revolutions in American energy, they will realize rewards on every front” (p.210). This for me was a rather surprising conclusion as Levi seemed to argue in his “Win, Win, Win, Win” chapter that renewables are too unpredictable, not cost effective and do not yet have general support to be a viable option.

In conclusion, I would recommend this book as a very easy to read serving to provide an introduction into this field. Levi encompasses some of the energy debates in America, but he also omits others that may come to change the conclusions of the book, such as the nuclear and coal debates which are only narrowly touched upon, or other alternative sources of energy that may change the perception on renewable technology, such as geothermal, or hydropower from harnessing tidal or other water energy. This book is a very interesting read, full of personal narratives, but it does seem incomplete to someone seriously working in this academic field.

Luba Pirgova  – Cardiff University
Luba Pirgova is currently enrolled in the PhD program of the Psychology department at Cardiff University, where she is affiliated with the social psychology, the understanding of risk, and ethnography, culture and interpretative analysis research groups, as well as the Energy Biographies project. Luba has an MA (Hons) in Sociology, International Relations, and Film and Visual Culture from the University of Aberdeen, Scotland. She also has an MPhil in Modern Society and Global Transformations from the University of Cambridge. Read more reviews by Luba. 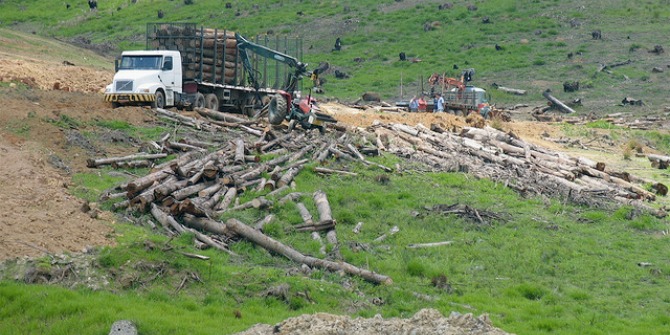