Ever since it began after World War II, the ‘special relationship’ between the UK and U.S. has been subject to continual comment and scrutiny. Dr. James D. Boys looks at the current state of the UK/U.S relationship, writing that while the UK should not be overly concerned at a potential ‘Pacific Pivot’ by the U.S., more does need to be done to promote joint intelligence work and the strategic planning of foreign policy between the two countries.

Over the coming weeks the UK Foreign Affairs Committee will hear from a series of expert witnesses drawn from think tanks, academia and the civil service, as it initiates an investigation into the UK government’s foreign policy towards the United States. Specifically, it is attempting to discern changes that have occurred in the relationship under the coalition government after 2010. Since 1945, the UK-US relationship has been overly scrutinized, misunderstood and all too often under appreciated. Like most relationships, it is at its best when it is being enjoyed and suffers most when over-analysed. The relationship has routinely been dismissed as a sop to British pride; been declared dead and irrelevant; and even described as a danger to UK interests. Despite this, it has endured and thrived.

I had the great pleasure of addressing the first panel of hearings; my testimony focused upon four central elements: The Pivot to the Pacific, the intelligence relationship, the state of the Joint Strategy Board and the lack of a dedicated US-focused staff at the UK’s Foreign and Commonwealth Office (FCO). The four areas I addressed are central to the continuing health of that relationship.

Pivot to the Pacific

The UK Government would be advised to react calmly to any suggested ‘pivot to Asia’ by the United States, especially as Bill Clinton attempted a similar effort in the 1990s, which failed to develop as anticipated. Evidence suggests a similar pattern is being repeated under Obama. Former Secretary of State Hillary Clinton, spent a great amount of time in the region and used the expression ‘Pacific Pivot,’ however, her successor, John Kerry, has a far more of European outlook and pointedly made his first trip overseas to London and the capitals of Europe. As Obama’s time in office draws to a close, the Pacific will continue to be of reduced significance.

One of the most misunderstood, yet essential and sensitive elements of the UK-US relationship is within the intelligence community. At a time when attention is being paid to this aspect of the relationship, the two nations should seek to enhance our mutually beneficial dealings in this vital area of national interest and national security. A logical way to do this would be to enhance and capitalise upon an initiative that was inaugurated but seemingly not formalised sufficiently. The Joint Strategy Board is an ideal way to formalise a previous ad-hoc approach to intelligence sharing between our two nations.

The Joint Strategy Board

As originally envisaged and advocated, the Joint Strategy Board would have been a transatlantic security council that enabled a dynamic flow of ideas and data in both directions across the Atlantic between London and Washington. Whilst the aspirations inherent in the Joint Strategy Board are to be applauded, it appears in retrospect that it was a case of appearance over substance. The successful implementation of a Joint Strategy Board could be a bold assertion of intent and a commitment to a relationship at a time of increased speculation regarding the direction of U.S. foreign policy interests in the coming years and amidst talk of a Pacific Rim focus in the future. The Joint Strategy Board is a logical and tangible development, whose mandate should be continued, whose status should be enhanced and whose remit should be clarified. It has the potential to be a source of great significance both structurally and symbolically and its demise into lethargy would be a sad loss and a missed opportunity.

The US and the FCO

There is a troubling tradition of assumption making in regard to the actions of the United States. There is simply not enough strategic, horizon-scanning analysis being conducted on the future direction of US foreign policy and its potential implications for the United Kingdom. As the UK’s former Ambassador to Washington, Sir Christopher Meyer, lamented, if it is right to train cadres of specialists in the EU, the Middle East and China, as we do, then it is also right to create an American cadre, which we do not. The UK has over 400 employees working in the embassy in Washington, but those posted to Washington are not necessarily experts in U.S. policy. What is needed in Whitehall is nothing more than the attention that is focused upon other nations, with whom the UK has far less interest.

The everyday ease with which members of our two nations relate and work with one another is all too often overlooked or taken for granted. The capacity for our politicians, civil servants, intelligence analysts and military personnel to speak directly with their US counterparts and to meet freely with them on one side of the Atlantic or the other, serves greatly to reinforce the vitality and centrality of this relationship as a key component of UK national interest. This must be recognised and appreciated in order for the relationship to continue to thrive. It is in all our interests for it to do so.

Posted In: James Boys | US foreign affairs and the North American neighbourhood 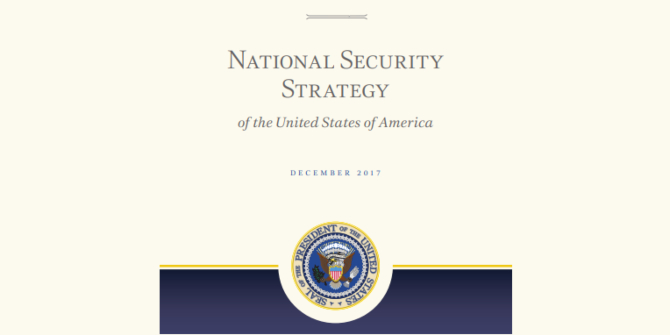