The U.S. Supreme Court recently heard arguments for Schuette v. Coalition to Defend Affirmative Action and will soon decide whether Michigan’s 2006 ballot initiative to end affirmative action policies at state universities violated the Equal Protection Clause. Using survey data taken before and after campaigns to pass “Defense of Marriage Amendments” in 2004, Todd Donovan shows that the actual promotion of these referendums can serve to negatively define and stigmatize the relevant minority group, highlighting a major concern with putting minority rights to a popular vote.

Independent of how much these decisions affect policy, campaigns over such referendums and initiatives can define and stigmatize an identifiable minority group. Proponents may need to convince voters that something – or someone – is a threat in order to secure majority support for their proposal. For example, recent campaigns against same sex marriage in the US have argued that gay marriage would lead to the promotion of homosexuality in elementary schools, and the Bible being banned.

Research I’ve conducted with Caroline Tolbert published recently in Political Research Quarterly, examined whether campaigns against same sex marriage had a stigmatizing effect on public attitudes about gays and lesbians. We found that religious people were significantly more likely to have negative attitudes about gays and lesbians if they lived in a state where a same-sex marriage ban was on the ballot in 2004. Thirteen states had either an initiative or legislative referendum on the ballot that year prohibiting same sex marriage. All of these “Defense of Marriage Amendments” were approved. Survey respondents were interviewed and asked their feelings about gays and lesbians in 2002, and then the same people were interviewed again after the 2004 elections. Other things held equal, a religious respondent in a state without an anti-gay marriage measure had only a .11 predicted probability of increased animosity toward gays and lesbians in 2004.  A similar respondent in a state where there was a campaign against gay marriage is predicted to have a .29 probability of increased animosity after the 2004 elections.

This result highlights what may be a little noticed aspect of direct democracy. In the US, conflict over the substance of these voter approved policies occasionally reaches the US Supreme Court, but effects of the process of direct democracy receives little attention. But the process itself may have effects on a minority group that extend beyond the policy targeting the group. Even if measures targeting a minority are defeated at the polls or overturned by the judiciary, the act of having a public campaign over the matter may cause some people to view the group more negatively. In the case of the 2004 gay marriage measures, we expected that religious people who attended church frequently would be most affected because they had a greater likelihood of exposure and receptivity to negative information about gays and lesbians.

The US courts rarely give explicit consideration to effects of the process of direct democracy on a minority group. However, this may be taken into account when the Court considers a Michigan ballot initiative (Proposal 2) that restricted consideration of race in university admissions in that state. One issue in Schuette v Coalition to Defend Affirmative Action is whether the initiative changed policymaking affecting a racial minority (university admissions policy is now made via the ballot box) in a way that burdens the minority’s ability to affect the policy. Our research suggests the effects direct democracy may go deeper if campaigns against a pro-minority policy stigmatize public perceptions of the minority group that benefits from the policy.

The 2004 US elections provided a unique opportunity to examine how public attitudes might be affected by a campaign targeting a minority group, at least in the short run. Our data did not allow us to track how long any stigmatizing effect may have lasted beyond 2004. Indeed, public acceptance of same sex marriage increased dramatically a few years later. Given this rapid change in attitudes, a campaign against same-sex marriage (and by extension, against lesbians and gays) today may not have the capacity to stigmatize as it did before. Yet this need not mean that there isn’t potential for campaigns over other policies that benefit a minority to stigmatize public perceptions of the targeted minority group.

Gays and lesbians are probably not the last unpopular minority in America whose rights may be determined by the force of popular opinion. Immigrants, smokers, accused criminals, and convicted felons could be included on the list of unpopular minorities whose rights have been and may continue to be decided by voters. The political conditions surrounding Muslims in America are similar to conditions associated with other groups that have been made the subjects of popular votes in past decades. As with gays and lesbians in previous decades, a majority of Americans view Muslims as a threat, and prominent, mainstream politicians have sought political advantage by exploiting negative stereotypes associated with the group.

Campaigns against the rights of gays and lesbians are but one of many examples of direct democracy expanding conflicts over minority rights. Recurring conflicts associated with minority rights being decided by a popular vote may be seen by some as a sign of robust democratic politics, while others might find it to be a recipe for demagoguery, and a process that is inconsistent with models of democracy that aim to protect minority interests. The American states need not abandon the popular initiative process to remedy this. A number of state constitutions place substantive subject restrictions on popular initiatives. Massachusetts does not allow initiatives on the subject of religion or the courts. Alaska prohibits measures affecting the judiciary. Mississippi does not allow initiatives to change the state’s Bill of Rights. Other states prohibit measures on various fiscal questions. Unless limits are placed on how initiatives and referendums are used to define minority rights, political campaigns targeting minority rights—with their associated spillover effects—will remain part of the American political system.

Posted In: Democracy and culture | Elections and party politics across the US | Todd Donovan 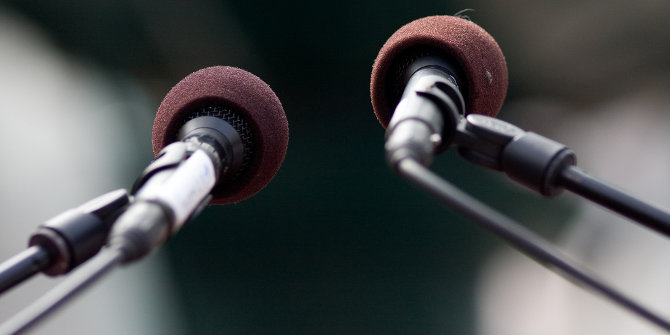 Despite progress on gender equity in US politics, female journalists and candidates do little to diversify debate agendas 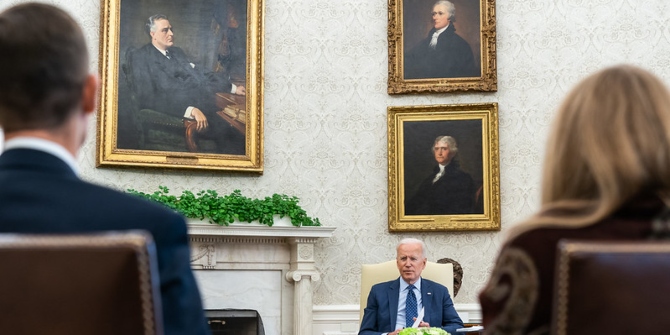 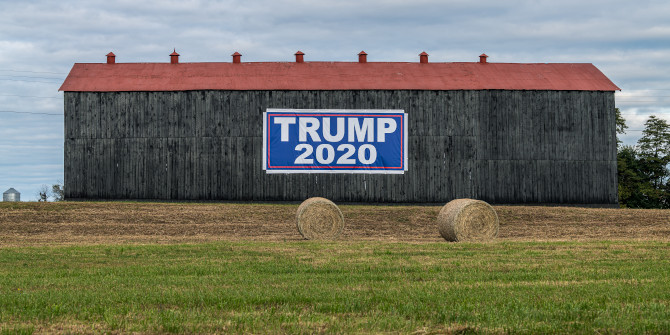 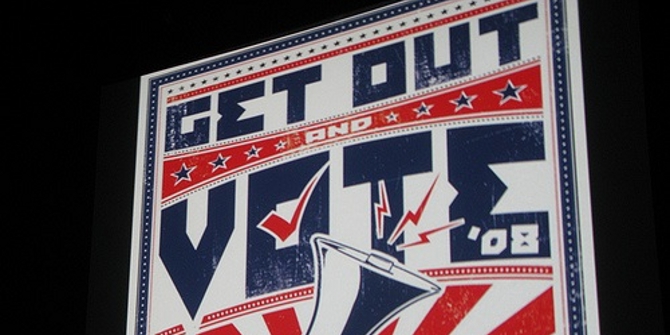