Earlier this year some southern states passed bills aimed to protect those who display Christmas scenes and symbols, and use the term ‘Christmas’ at public schools or government buildings. David Kyle Johnson argues that the arguments in favor of these laws are poor, and that while the First Amendment protects the ‘free exercise’ of religion, it also prohibits government establishment of religion. This means that there are restrictions on displaying religious symbols for those who are employed by the state while they are functioning in that capacity. He writes that government neutrality towards religion does not mean that it is against it – just that it lets people’s religions be their own private affair.

In my last article, I pointed out that the “War on Christmas” is a fiction invented by Fox News. But the notion that such a war exists is common among conservatives—and this year, they are fighting back.

In my first article, I argued that objections to courthouse nativities are fueled by secular progressives opposed to the violation of church/state separation that such displays entail. December celebrations were not originally Christian, and the display of nativity scenes was added to the holiday by Christians in an attempt to Christianize the holiday. Putting up a crèche is an explicitly Christian way of celebrating, and when a local, state, or federal government puts one up, it endorses that way of celebrating thus alienating non-Christian members of society. The Supreme Court agrees. But the controversy is not just over Courthouse crèches; Christmas celebrations in public schools are also controversial—everything from religious plays and songs, to what to call your holiday party and tree. Although I have argued that some of the secular objections are overblown—“Christmas” is not really a Christian word—using taxpayer money to put on a school play that celebrates the birth of Jesus is a different matter. It’s undeniable that such a thing constitutes an endorsement of Christianity.

But, in blatant defiance of the Supreme Court, according to the Christian Science Monitor, some southern states have passed “Merry Christmas Bills” aimed to protect people who display Christmas scenes and symbols and use the term ‘Christmas’ to describe annual parties or programs at the public schools and government buildings where they work.  In Missouri the bill states that “No state or local governmental entity, public building, public park, public school, or public setting or place shall ban or otherwise restrict the practice, mention, celebration, or discussion of any federal holiday.” In Texas, “public school students and staff [are allowed] to display religious scenes and symbols on school property – and to freely express holiday greetings.” In Oklahoma, a similar bill has been proposed by republicans, and will likely pass in 2014.

In my estimation, the arguments for these laws are poor.

In Texas Governor Rick Perry’s eyes, such laws protect the First Amendment’s guaranteed right to “freedom of religion.” But, although the First Amendment does protect the “free exercise” of religion, it also prohibits government establishment of religion, and thus does not protect one’s desire to use one’s capacity as a government employee to proselytize or impose those religious beliefs on others. In short, you’re free to believe what you want as a public citizen, but if you are employed by the state, since there are certain restrictions on what the state can do, there are certain restrictions on what you can do when you are functioning in that capacity.

The worry Christian conservatives express about freedom of religion in schools has always been exaggerated. Ask a conservative what a “ban on public-school prayer” entails and you would likely be led to believe that a child could be kicked out of school for simply praying out loud—say, asking God for help on an exam he didn’t study for. Take for example a story conservatives often repeat about of a five-year old boy in St. Louis who was picked up by the scruff of his neck and yelled at by his teacher and principal for praying over his lunch. In reality, it was a 10-year-old St. Louis student (named Raymond Raines)—and he only got detention…for fighting in the cafeteria.

Students are actually free to pray whenever they want (unless, of course, they are disrupting class). In fact, so are teachers. It’s just that school employees, when acting in that capacity, since they represent the state in those circumstances, cannot vocally offer up explicitly Christian prayers, or direct students to pray (say, at the beginning of the school day). Likewise, a public schoolteacher is perfectly free to celebrate, and say he celebrates, Christmas at home. It’s just that he can’t put up a nativity scene in his publicly run and funded classroom or have his students participate in “Operation Christmas Child” (an expressly Evangelical program that includes gospel tracks with conversion pledges in the gifts they send).

Another argument you’ll hear in favor of government-endorsed religious displays is that “secularism” is just another religion, and that not allowing the government to endorse religion–say by putting on a public school Nativity play – just forces the government to endorse the religion of secularism. But “secular” just means “non-religious.” It is the absence of religion. To have a government that is secular is just to have one that is non-religious. To say that secularism is a religion is like saying that “bald” is a hair color or that “not collecting stamps” is a hobby. For the government to be neutral toward religion is not to be against religion, but to let religion be a private individual affair.

Governor Perry says that rules against religious displays in schools make religious persons feel like they can’t express their faith publicly, but this is just another line in the conservative victimization narrative (which I argued, last time, is promoted by Fox News). The fact that you can’t expressly endorse your faith to others while serving in the capacity of a state government employee does not mean your freedom of religion is being oppressed. You are free to do what you want with religion in your private life. But if you want to impose your religion on others while you work, you should become a pastor or work at a private Christian school.

David French, Senior Council at ACLJ, an Evangelical legal group, laments the fact that the threat of lawsuits looms over Christians who work at government institutes when they try to put on nativity programs or put up a religious display. I’m sure he does, but as a reason to allow such displays, French’s argument falls short. The fact that Christian public school teachers feel nervous about putting up a nativity in their classroom is not a reason to remove the threat of litigation; that’s just what happens when you do something unlawful—you have to be nervous about the legal consequence. That’s what the law is for.

Merry Christmas Laws are designed to protect people who violate the Supreme Court’s decision that Christmas displays which clearly endorse Christianity should not be displayed by federal, state, or local governments, or their employees, on publicly owned land. And since the Supreme Court’s rulings on governmental endorsements of particular religions are clear and settled, I don’t think these laws are going to hold up. The ACLU’s Brady Henderson agrees. It’s just going to end up tying the schools up in legal battles, and spending money on legal fees that should instead be spent on education. The War on Christmas is costly.

And with that, I wish you Happy Holidays—or, in case Bill O’Reilly is reading—a Merry Christmas. 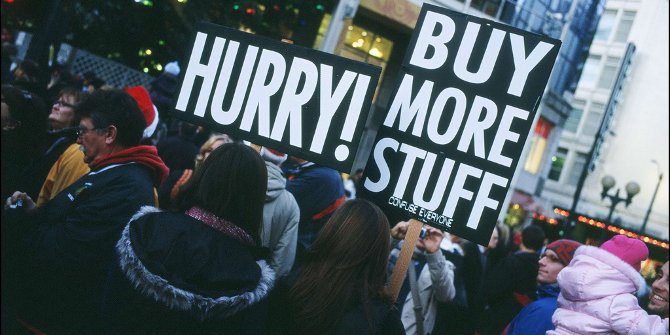 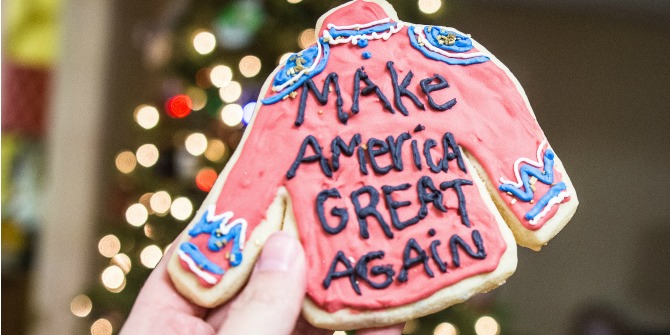