Successful entrepreneurs are often those who engage in more aggressive, illicit and risky activities whilst in their teens.

Being self-employed doesn’t necessarily make someone an entrepreneur. Recognizing this distinction has enabled Ross Levine and Yona Rubinstein to detect both the key characteristics of successful entrepreneurs and the true rewards to their innovations.

What makes a successful entrepreneur? It comes as no surprise that such traits as a high IQ, lots of education, abundant self-esteem and wealthy parents all contribute. But in a recent study, we also find that smart teenagers who engage in illicit activities are more likely to become successful entrepreneurs than equally intelligent, rule-abiding teenagers. It is the combination of ‘smart’ and ‘illicit’ tendencies that helps account for both the entry into entrepreneurship and the comparative earnings of entrepreneurs.

Although economists since Adam Smith have emphasized that profit motivated entrepreneurs spur innovation and growth, a large body of previous research has yielded two puzzling findings. Analyzing data on the self-employed to draw inferences about entrepreneurship, researchers have found first, that the average self-employed business owner earns less than a comparable salaried worker; and second, that self-employed and salaried individuals have similar characteristics.

How can it be that these ‘growth-creating innovators’ have cognitive and non-cognitive traits comparable to their salaried counterparts and earn less? Perhaps the self-employed are not a good proxy for entrepreneurs. After all, the self-employed category includes street vendors and the creators of software firms, gardeners and the founders of biotechnology businesses. While some of the self-employed are innovative leaders who mobilize capital to transform industries, others engage in qualitatively different activities. 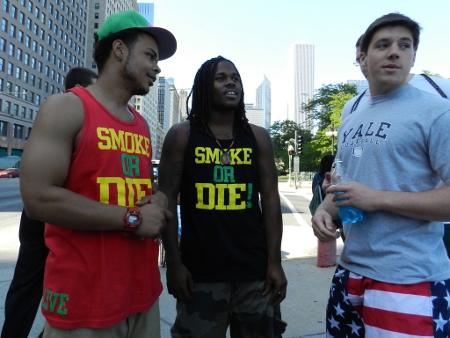 Incorporation has two defining characteristics – limited liability and a separate legal identity – that facilitate entrepreneurship. Limited liability reduces the potential downside losses to equity holders, increasing the appeal of purchasing equity in high-risk, high-expected return projects. A separate legal identity means that corporations can own property and enter into contracts independently of shareholders, so that shareholder-specific shocks are less likely to disrupt firms’ activities, increasing the appeal of investing in large, long-gestation projects.

But incorporation is not appropriate for all businesses, as there are additional direct and indirect costs. So when people initiate less innovative, smaller and shorter gestation activities that do not benefit much from the limited liability and independent legal identity of the corporation, they are more likely to select the unincorporated form. We differentiate between incorporated and unincorporated businesses, and present evidence supporting our hypothesis that this organizational choice reflects the nature of the planned activities and not merely the subsequent performance of the businesses.

We find that the incorporated self-employed have several distinguishing characteristics. They are more educated and more likely than salaried workers to come from high earning, two-parent families. Furthermore, even as teenagers, people who incorporate later in life tend to score higher on learning aptitude tests, exhibit greater self-esteem, indicate that they aspire to be managers/leaders later in life and engage in more aggressive, illicit and risky activities than other people.

Moreover, it is a particular mixture of pre-labor market traits that is most powerfully associated with entrepreneurship. People who both engaged in illicit activities as teenagers and scored highly on learning aptitude tests have a much higher tendency to become entrepreneurs than others without this particular mixture of characteristics. We interpret the frequency with which an individual engaged in illicit activities as a teenager as reflecting ‘bend-the-rules’ and risk-taking characteristics, which in combination with high test scores increase the probability of becoming an entrepreneur.

To measure illicit activities, we use survey data on 23 questions, covering themes associated with skipping school, using alcohol and marijuana, vandalism, shoplifting, drug dealing, robbery, assault and gambling. Our point is not that these are desirable activities or that parents should help their kids get involved in them to encourage entrepreneurship! Rather, we use them to gauge someone’s inclination to build and lead a successful and innovative business.

In terms of both test scores and illicit activities as a teenager, the unincorporated are on the other end of the spectrum, with lower values than salaried workers. This helps to account for the puzzling observation that the self-employed and salaried workers have similar traits: aggregating the incorporated and unincorporated masks crucial differences about the characteristics of people who sort into each self-employment type.

We also discover that many of the same traits that explain sorting into incorporated self-employment also account for the differential earnings associated with becoming an incorporated business owner. People with both the skills to succeed as salaried employees and the inclination to ‘break the rules’ (as measured by illicit activities as a youth) tend to receive much larger increases in earnings when they become incorporated self-employed business owners than people without that combination.

While past research shows the importance of non-cognitive traits for labor market outcomes, we document that some mixtures of traits are more highly remunerated in incorporated self-employment than in other employment types. This suggests that people sort into different employment activities based on the expected earnings from using their particular constellation of characteristics in particular types of employment.

This article originally appeared in the Autumn issue of CentrePiece, the magazine of the Centre for Economic Performance (CEP) at LSE, and summarises ‘Smart and Illicit: Who Becomes an Entrepreneur and Does it Pay?’ by Ross Levine and Yona Rubinstein, CEP Discussion Paper No. 1237.