Supreme Court cases over the “contraceptive mandate” are dominated by issues of corporate personhood, religious beliefs, and sexual equality

Supreme Court cases over the “contraceptive mandate” are dominated by issues of corporate personhood, religious beliefs, and sexual equality

This spring, the Supreme Court will hear two cases about the legality of the so-called “contraceptive mandate” in Obamacare, which obliges employer-sponsored health insurance to cover the costs of contraception. Ruthann Robson explains that these cases unite issues of corporate personhood, religious beliefs, sexual equality, and the role of the government. She argues that in order to resolve these conflicts, the judiciary must keep a mind toward the slippery slope arguments provided by both sides and confront and craft limiting principles in their ruling.

The United States Supreme Court is set to hear oral arguments in two related cases, Sebelius v. Hobby Lobby, Inc. and Conestoga Wood Specialties Corp. v. Sebelius March 25, 2014, with a decision expected by the end of the Court’s Term in late June. Both cases involve challenges by employers, otherwise covered by the 2010 Patient Protection and Affordable Care Act—also known as PPACA, ACA, or simply “Obamacare”—that requires most employers to provide health coverage, including contraceptive coverage, for employees. The employers contend that their religious convictions are at odds with contraception. They, along with other employers in cases throughout the US, have sued Kathleen Sebelius, as Secretary of the United States Department of Health and Human Services, arguing that the so-called “contraceptive mandate” violates their rights under a federal statute, the Religious Freedom Restoration Act (RFRA), as well as under the United States Constitution’s First Amendment clauses protecting freedom of religion and freedom of speech.

These cases raise several specific issues in the statutory and constitutional law of the United States. But more importantly, the cases bring to light thorny theoretical controversies common to contemporary constitutional democracies regarding the role of corporations, religious beliefs, sexual equality, and government. 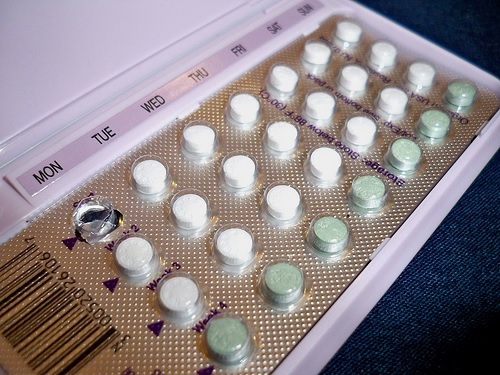 The contours of corporate personhood have become increasingly contested in the United States after the Supreme Court’s 2010 sharply divided decision in Citizens United v. Federal Election Commission, concluding that a law limiting corporations from spending money on political campaigns was unconstitutional under the First Amendment’s free speech clause. While a number of the opinions considering the contraceptive mandate cite Citizens United, the analogy is not perfect given that religious freedom is the most prominent claim, although there are some speech arguments being made.

The contention that corporations have a religion seems, at first blush, untenable. But consider that religious entities may incorporate, albeit usually as non-profit organizations rather than for-profit corporations retailing craft materials such as Hobby Lobby or high-end kitchen cabinetry such as Conestoga Wood. Moreover, given that the corporations raising the contraceptive mandate objection are generally non-publicly traded and closely-held corporations, the beliefs of the owner-shareholders become paramount, with some courts stating that these beliefs “pass through” to the corporation. Further, the notion that corporations are “persons” is a widely accepted legal fiction. As the Dictionary Act of the United States Code, 1 USC §1, specifically provides, “the words ‘person’ and ‘whoever’ include corporations, companies, associations, firms, partnerships, societies, and joint stock companies, as well as individuals.” Yet the Dictionary Act begins with the proviso “unless the context indicates otherwise.” Whether the “context” of the Religious Freedom Restoration Act is one that would indicate “otherwise” is an issue on which courts have differed. But for some, the most important context is the growing power of corporations in globalized economies; religion is merely one more strategy of hegemony.

For others, the corporate context is incidental, with the central conflict being the one between religion and sexual equality. On this view, religious objections to birth control, or to specific types of birth control, are pitted against the ability of women to obtain such birth control as a matter of sexual and gender equality. The Hobby Lobby and Conestoga Wood Specialties cases occur in the rather unique legal landscape of the United States: the government does not usually directly provide health care as a right or benefit of citizenship. Instead, workers often obtain health insurance from their employers, who often contract with third party insurance companies, as a “benefit” to employees. One of the goals of the health care reform movement in the United States was to modify the legal terrain in which many people were uninsured. The compromises that resulted in “Obamacare” include a complicated statutory and regulatory scheme that requires employers having more than 50 employees to provide employee health insurance and, importantly for this litigation, requires employers to include contraceptive coverage in that health insurance. Although “Obamacare” does exempt religious employers, that definition excludes companies like Hobby Lobby and Conestoga Wood Specialties, operating as for-profit companies that do not—and could not—claim that retail craft stores or high-end kitchen cabinets are religious in nature. However, while the details in the United States may be particular (or even peculiar), the general outlines of the conflict are commonplace, pitting religious rights against sexual equality rights, as well as raising questions about the role of government as arbiter or enforcer of those rights. 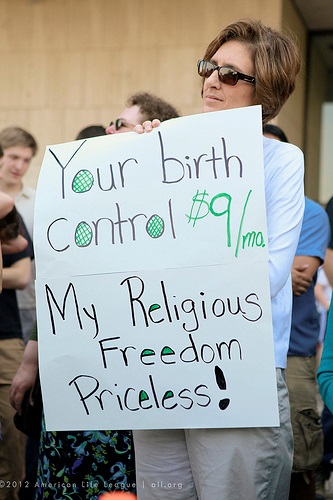 For the judiciary, resolving these conflicts requires confronting and crafting limiting principles. This may occur doctrinally, as in the legal issues under the federal Religious Freedom Restoration Act regarding whether the entity asserting a religious right actually suffers a “burden” to that right, and if so, whether the government’s interests for burdening the religious right can qualify as compelling. If the government’s reasons are persuasive, it still must show that it is accomplishing its purposes in the least restrictive means possible. This also occurs rhetorically, as in the arguments utilizing slippery slope strategies. For those advocating religious rights must prevail, the slippery slope arguments are more implicit, including a specter of banishing people with religious scruples from the marketplace. For those advocating that religious rights must yield, the slippery slope arguments include the prospect of employers professing other faiths that would ban widely accepted medical treatments such as blood transfusions (Jehovah’s Witnesses) or that would ban medical treatments at all (Christian Scientists). This slippery slope extends outside employer-provided health insurance, including employment policies (might a for-profit employer otherwise covered by anti-discrimination laws be exempted because the major shareholder has a religiously based belief that the races should not mix?) and customer policies (might a for-profit business otherwise covered by public accommodation laws be exempted because the major shareholder has a religiously based belief disapproving of same-sex couples, and thus will not rent a hotel room or provide a wedding cake or take photographs?). There are also scenarios involving religious beliefs less familiar to the courts adjudicating the rights: What about Satanists? What about Shari’a law? What about the Church of the Flying Spaghetti Monster? Accommodation—or attempts to forestall accommodation—of such religious beliefs have been litigated in United States courts with mixed results. But the slippery slope arguments do demonstrate that any judicial attempt to limit the recognition of religious rights to particularly conservative Christians regarding the particularly contentious issue of birth control will most likely prove to be no limit at all.

The optimal resolution of the cases brought by Hobby Lobby, Inc. and Conestoga Wood Specialties, Corp. points in one direction for secular socialists and in a diametrically opposed one for evangelical corporatists. There might be a middle ground, but given the starkness of the litigation stances and the divisions among the Justices of the United States Supreme Court, there seems little room for compromise. But whatever its decision, the Court will certainly not resolve the profound controversies regarding the relative values of corporate rights, religious objections, and sexual equality in a democracy.