Last year, U.S. Congressman Eric Cantor called for an end to federal funding for political and social science, claiming that the funds could be better spent on medical research. The renewal of this contentious debate begs the important question, what do policymakers ideally want from scholars and their work? To answer this, Paul Avey and Michael Desch surveyed nearly 1000 former national security policymakers and found that while they follow international relations research, the prevalence of jargon as well as the focus on quantitative studies and techniques alienates many of these important readers.

In a widely debated op-ed, New York Times columnist Nicholas Kristof challenged academics to more directly engage today’s great political debates. Lamenting academia’s growing irrelevancy he had especially harsh words for political science, which he characterized as “a particular offender and [which] seems to be trying, in terms of practical impact, to commit suicide.”

Not surprisingly, academic political scientists pushed back (see, for example, here, here, here, and here). This debate about the decreasing relevance of political science is hardly a new one, though. In a 2009 Washington Post op-ed Harvard political scientist and former high level U.S. government official Joseph Nye wrote that “Scholars are paying less attention to questions about how their work relates to the policy world, and in many departments a focus on policy can hurt one’s career.”

Is political science irrelevant to policymakers? In our recent research, we look at a small part of this question by trying to determine what the most senior national security policymakers want from international relations scholars. Working with the Teaching and Research in International Politics (TRIP) project at the College of William and Mary, we administered a unique survey to nearly 1,000 current and former national security decision-makers (about a quarter of whom responded). Their answers provide the most systematic evidence to date of what the highest-level national security decision-makers want from academic international relations scholars. We find that policymakers do regularly follow academic research on national security affairs, but that they are skeptical of much of it which they see as jargon-ridden and overly focused on technique at the expense of substantive ﬁndings.

Among many other things, we asked national security policymakers about the usefulness of various approaches or methodologies for conducting social science research. For policymakers, the most useful approaches included area studies, contemporary case studies, historical case studies and policy analysis (see Figure 1).

Figure 1: Policymaker Assessments of the Usefulness of Social Science Methodologies

But more typical were the negative responses to our open-ended invitation for policymakers to “list an example of social science research that you believe has NOT been, is NOT, or will NOT be useful to policymakers in the formulation and/or implementation of foreign policy.” To give just a couple of examples, one respondent cited “Highly theoretical and quantitative analysis that seems to be more concerned about the elegance of the model than policy utility.” Another listed “Most any quantitative study; virtually every article in APSR [the American Political Science Review].”

The major exception to policymakers’ aversion to quantitative social science was economic and public opinion analysis. As one respondent noted, “polling data and its analysis is perhaps the most basic and certainly among the most useful such products.” Overall, however, our results call into question the relevance to national security policymakers of the most scientific approaches to international relations. As the TRIP project reports, the majority of academic articles in top international relations journals utilize these approaches, and graduate programs increasingly emphasize formal and quantitative training.

It is important to note that we are not arguing that these methods have no utility for policymakers. Rather, policymakers often find contemporary scholarship less than helpful when it employs such methods across the board, for their own sake, and without a clear sense of how such scholarship will contribute to policymaking.

Like Kristof’s broad-side, our work has generated some academic critiques. For example, we conclude that senior national security policymakers 10 years from now may have very different attitudes toward the Internet as a source of information than do today’s senior leaders. Our results showed that policymakers rely heavily on newspapers, but this does not exclude that possibility that blogs associated with them—such as the Washington Post’s Monkey Cage—could have a great deal of influence in coming years (if they have not already). To be sure, there is anecdotal evidence that policymakers have found the some methodologically sophisticated political science of relevance to their work, particularly in public polling and domestic campaigning. It would be useful, then, to have more systematic data of when and under what conditions such work is of use. At a time in which some members of the U.S. Congress wonder whether money spent on political science might be better spent on finding a cure for cancer, we need to better understand when and how our work matters, including when it saves lives, and we must learn to make our case in a way that gets through to policymakers.

This article is based on the paper “What Do Policymakers Want From Us? Results of a Survey of Current and Former Senior National Security Decision Makers,” which is forthcoming in International Studies Quarterly.

Paul Avey- Massachusetts Institute of Technology
Paul Avey is a Stanton Nuclear Security Fellow in the Security Studies Program at MIT. He is working on a book project that explores why states without nuclear weapons challenge and resist nuclear armed opponents. In addition to nuclear politics, Paul’s research interests center on foreign policy and international relations theory.

Michael Desch- University of Notre Dame
Michael Desch is Professor and Chair of the Department of Political Science at the University of Notre Dame.  He was the founding Director of the Scowcroft Institute of International Affairs and the first holder of the Robert M. Gates Chair in Intelligence and National Security Decision-Making at the George Bush School of Government and Public Service at Texas A&M University from 2004 through 2008. 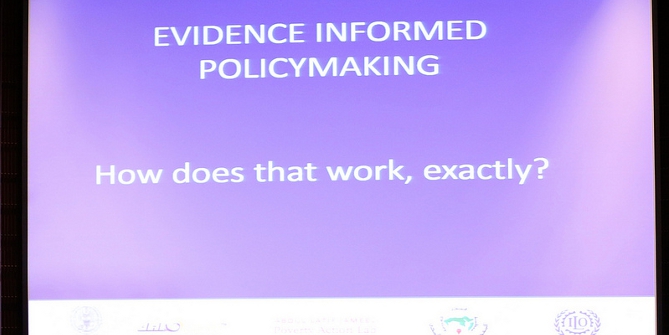