Online social media platforms such as Twitter, Facebook and Instagram are changing the face of politics across the world. Beginning with a strong theoretical foundation grounded in political, communications and psychology literature, Tweeting to Power aims to examine the effect of online social media on how we come to learn, understand and engage in politics. The spectacle of social media might be its speed, but as a snapshot of the contemporary moment Tweeting to Power reveals multitudes about the ongoing complexity of modern communication in a uniquely fluid way, writes Rachel Sykes. On November 7th 2012, the official Twitter account of President Barack Obama confirmed his successful re-election by posting an image of himself and the First Lady at a campaign event in Iowa. If you didn’t follow the campaign, you might still know the image: published on Twitter at 11.16pm EST, the President’s “victory tweet” became the most retweeted photo ever posted to Twitter and the most liked image ever uploaded to Facebook. Though now recently overtaken by Ellen DeGeneres’ Oscars selfie as the most retweeted image, the image of Barack and Michelle was only a few weeks old and showed the pair locked in an embrace, she with her back to the camera, he holding her with his eyes closed and a clear blue sky visible behind them. What made Obama’s tweet so popular, then, was the “intimacy” of the image, made more powerful by the method of its transmission. Checking their newsfeed for results of the election, the public received the image with a directness that seemed to include them in the Obamas’ “personal” celebration in the very moment of its happening.

In Tweeting to Power, Jason Gainous and Kevin M. Wagner explore the growing ability of social networking sites (SNSs) to generate votes in US political campaigns. Arguing that the advent of social media has brought about a “fundamental” shift in how people interact, these associate professors of political science use a vast range of sources to suggest that we live in a “largely unique” period of political history, when candidates can win or lose elections by their command of developing technologies. Indeed, both authors argue that whilst the development of print journalism and the invention of TV facilitated major changes in campaign strategy, the digital revolution of the last twenty years has reinvented the role of both speaker and listener almost completely. “Politics,” they write, “has always been about understanding the rules of the system best.” However, the advancement of social media and its “user-defined” content is revolutionary, they argue, because these sites now provide the user with the political content they prefer and, most importantly, guide the political actor right into the hands of their target audience.

Tweeting to Power is not the first study to consider the impact of the Internet on political participation, but it does provide a timely example of how politicians’ use of social media relates to the public’s consumption. Describing SNSs as “The New Dinner Table,” in Chapter One the authors outline how their application of political and psychological theorem relates to multiple quantitative and qualitative datasets, using inferential statistics to examine the variables affecting the individual’s use of social media. Chapter Two then sets up the framework for understanding the book’s longer analysis of political actors and their voters, highlighting the role of “cognitive dissonance” that is explored in later chapters. Here, the authors’ thesis becomes a question of taste: according to their findings, those who prefer one-sided information are more likely to use Twitter and, most significantly, to follow users with similar opinions. Hypothetically, then, politicians should be able to capitalise on the human compulsion to avoid displeasing information, that which is cognitively dissonant to them, and effectively harness the power of social media to deliver their message outside of traditional media gateways.

The majority of Tweeting to Power therefore negotiates the link between the political actor and the voting public. Chapter Three centres on the public demand for information: if, as Gainous and Wagner argue, users are able to avoid information that displeases them, then by bypassing traditional media gatekeepers, SNSs should almost guarantee that a politician’s message will be “read and considered” by their target audience. On the other side of the conversation, Chapter Four addresses issues of supply. Tracking the frequency and content of tweets generated in the six months prior to the 2010 US congressional race, the authors speculate on how candidates “attempt” to control the flow of information that reaches potential voters.

The initial findings of chapters one to four then extend in Chapter Five to survey political activity on Twitter more extensively. Here, the authors reveal that Republicans and incumbents benefit more from Twitter, overall, than any other group, a theory that leads into Chapter Six’s boldest statement. Through the low cost and effort that it takes to communicate online, Gainous and Wagner contend that “Facebook and Twitter stimulate political action” and provide a solution to political decline. Indeed, the authors describe social networking as a positive force and see the “infinite”, “uncountable” conversations that now take place online as a democratising power. The study’s central questions are therefore speculative and theoretic beyond the inferential statistics that provide the bulk of the volume. How effective, for example, is social media in shaping or altering citizens’ perceptions of political campaigns? Or, to put it another way: what comes first, the power or the tweet?

Tweeting for Power does not offer definitive answers to these questions nor, indeed, should it. Gainous and Wagner are most convincing when they voice their understanding of the project’s almost infinitesimal shelf life, particularly in a conclusion that asks how political actors might use Twitter in the future to personally respond and advise during times of crisis. Their only failing, perhaps, is in not accounting for the unique intimacy that social media holds as a mode of communication. Although they write that the form demands “more personalized” responses from politicians, the authors do not address how this intimacy is constructed or ask how the underlying artificiality of any Twitter presence changes what it means to respond personally to the public.

What is striking, however, is just how of the moment the study is. Tweeting to Power centralises today’s most popular networks, Facebook and Twitter, whose user numbers have more than quadrupled in the last decade. As of 2012, around 92% of young adults, aged 18-29, used social networking sites, with 73% of 30-49 year olds joining them online. Twitter’s numbers alone quadrupled between 2010 and 2012 and both authors are keen to state that the rise and fall of any social media site is rapid. What is persuasive, however, is the suggestion that social media will continue to be a dominant force long after Facebook and Twitter have foundered. The spectacle of social media might be its speed, but as a snapshot of the contemporary moment Tweeting to Power reveals multitudes about the ongoing complexity of modern communication in a uniquely fluid way. 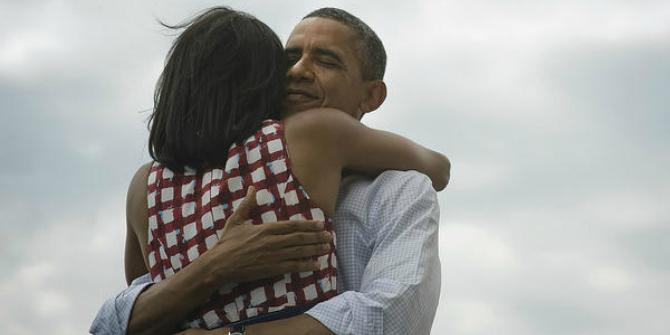