At the beginning of North Carolina’s Senate race many commentators were quick to discount the incumbent Democrat Senator, Kay Hagan’s chance of victory. Christopher Cooper writes that while the policies coming out of the Tar Heel state have been moving to the right, it still remains a purple state. He argues that Hagan’s Republican challenger, Thom Tillis’, connections with the state’s unpopular legislature may be holding him back and that Hagan’s aggressive fundraising and spending are likely to mean her reelection in November.

North Carolina has long had a reputation as being a fairly progressive state—especially when compared to its southern neighbors. Despite electing arch-conservative Jessie Helms to the US Senate from 1973-2003, the Tar Heel State generally showed strong support for Democratic candidates for most state-wide and federal offices.  In 2008, North Carolina even joined Virginia and Florida in voting for Barack Obama for President. Just a few years later, however, things seemed to change—and change radically. In 2010, the state legislature flipped from Democratic to exclusive Republican control for the first time since Reconstruction—setting the stage for what was to come. In 2012, Republican Pat McCrory was elected to the Governor’s mansion (the first Republican Governor since 1988), the state’s congressional delegation went majority Republican, and Barack Obama lost the narrow majority he secured just four years before. 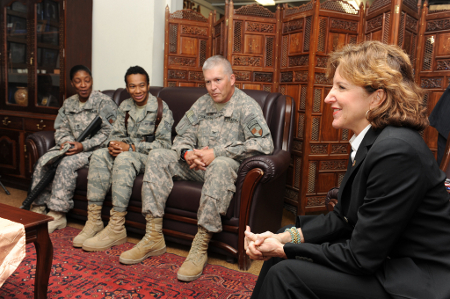 Not surprisingly, as the partisanship of state government began to shift, the policies that came out of the state capital in Raleigh began to move to the right. Perhaps more surprisingly, these policies soon gained national attention as media outlets like the New York Times, The New Yorker, and Wall Street Journal began to weigh in on the policies of the Tar Heel State. Although some railed against the changes, and others supported them, they all seemed to agree that North Carolina was becoming a much more conservative state.

In this context, it is not surprising that at the outset of the election season, many national commentators thought this race favored the Republican challenger. Although the race remains close, the national media was likely a bit too quick to discount Kay Hagan in this race, precisely because they overestimated how red North Carolina had turned.

As a purple state, there are political repercussions for either party moving too far in one direction or another. And there is some evidence that the state legislature’s sharp turn to the right may be hurting the Republican challenger. As Speaker of the North Carolina House, Thom Tillis is closely tied to the policies that have come out of the state capitol. With approval ratings hovering below 20 percent, the General Assembly is clearly holding Tillis back, and probably explain why Hagan’s approval ratings, although nothing to write home about, are still about ten percentage points higher than that of Tillis. 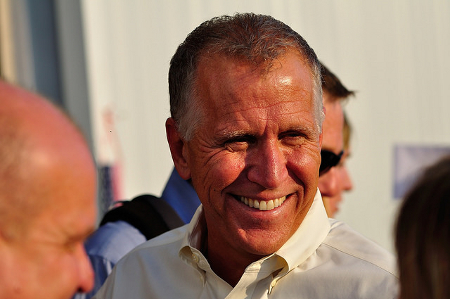 For this reason, Hagan has tried hard to tie Tillis to the General Assembly’s policies, while Tillis has tried to pivot back to tying Hagan to Obama. And try they have—more ads have been run in this race, than in any other race in the country. According to the Wesleyan Media Project, from Sept 26-October 9th, an average of over 1,000 ads were run per day in the election, making the NC Senate race the most advertised race in the United States. Advertising is not cheap, so it is not surprising that the fundraising and spending totals have also been extraordinarily high. In the third quarter alone of reporting alone, Hagan took in $4.45 million and Tillis just shy of $2.8 million.

Although the two major candidates have raided the airwaves, the Libertarian candidate Sean Haugh has taken a different tack—taking advantage of free media like YouTube to run fairly lengthy (at least in comparison to traditional ads) discourses about the problems of the two major parties, and his love of craft beer.  Although his polling numbers have dropped from about 11 to about 5 percent, Haugh’s approach has garnered national headlines—with many speculating about whether he could take enough votes from one candidate or the other to swing the election.  While the early signs were that he might pull more from Tillis, current polling shows much more parity in who would receive Haugh’s votes were he not in the race.

So—what does this all mean? After months of speculation that North Carolina could be one of the Republicans’ best chances to overthrow an incumbent Democrat, it appears that the incumbent Kay Hagan has a small, but fairly durable lead—and that this lead is not necessarily dependent on Sean Haugh’s position as a “spoiler.” A combination of Hagan’s aggressive fundraising and spending, Tillis’ connection to the unpopular North Carolina General Assembly and North Carolina’s status as a purple state will likely keep one of North Carolina’s two senate seats in the hands of the Democrats—at least for six more years.