On Friday, the Supreme Court ruled that state bans on gay marriage were unconstitutional in the case Obergefell v. Hodges. We asked our expert contributors for their reactions to the ruling. We will be periodically updating this post with expert commentary.

Rebecca Kreitzer is a fifth year Ph.D. candidate in the Department of Political Science at the University of Iowa.

In the past few years, an increasing number of states have extended the right to marry for LGBT Americans. Before the Obergefell decision was announced, 36 states and Washington D.C. allowed legal same-sex marriage through a combination of ballot initiatives, state legislatures, state Supreme Courts and federal Circuit Courts of Appeal. In the majority opinion in Obergefell, Justice Kennedy wrote that the Supreme Court granted review over the question of whether same-sex couples may legally exercise the right to marry because of “disagreement among the Courts of Appeals … that caused impermissible geographic variation in the meaning of federal law” (576 U. S. ____ (2015), page 26 of Kennedy’s opinion).

Writing for the majority, Justice Kennedy employs rhetoric that emphasizes the role of state and federal law in the social construction of LGBT people’s humanity. For example, the opinion states that, “It demeans gays and lesbians for the State to lock them out of a central institution of the Nation’s society” (576 U. S. ____ (2015), page 17 of Kennedy’s opinion). The opinion also explains that the stigma of prohibiting same-sex marriage extends beyond same-sex couples themselves. Writing about the effect of marriage bans on children, Kennedy states:

“Without the recognition, stability, and predictability marriage offers, their children suffer the stigma of knowing their families are somehow lesser. They also suffer the significant material costs of being raised by unmarried parents, relegated through no fault of their own to a more difficult and uncertain family life. The marriage laws at issue here thus harm and humiliate the children of same-sex couples.” (576 U. S. ____ (2015), page 15 of Kennedy’s opinion).”

Academic research supports Kennedy’s point about the role of public policy in stigmatizing groups of citizens. For example, Soss and Schram (2007) explain that policy creates powerful symbols that make a statement about “who we are, what we stand for, and what we expect of one another” (123). In some of my research on how Court decisions on same-sex marriage shape public opinion, we find that legalizing same-sex marriage creates a powerful signal that quickly leads to more liberal opinions about same-sex marriage. Based on this line of research, one may reasonably expect that the national legalization of same-sex marriage will send a powerful signal that positively shifts social norms towards LGBT people other LGBT rights issues.

In the primary dissent, Chief Justice Roberts warns of another possible effect of the Court’s decision on mass opinion: backlash. He warns that the Court’s intersession in the political process will harm public debate, “Closing debate tends to close minds. People denied a voice are less likely to accept the ruling of a court on an issue that does not seem to be the sort of thing courts usually decide” (576 U. S. ____ (2015), page 15 of Roberts’ dissent). Roberts goes on to quote the musings of “a thoughtful commentator” on the aftermath of the Roe v. Wade (410 U.S. 113 (1973)) case that legalized abortion, his fellow Supreme Court Justice Ruth Bader Ginsburg who sided with the majority in this case. She observed, “The political process was moving . . . , not swiftly enough for advocates of quick, complete change, but majoritarian institutions were listening and acting. Heavy-handed judicial intervention was difficult to justify and appears to have provoked, not resolved, conflict” (as quoted on page 27 of Roberts’ dissent).

Whether this Court decision will lead to an increase in the public’s perception of LGBT people as citizens with equal rights (and thus a heightened call for additional protections against discrimination) or a backlash that fans the flames of contentious debate is an unresolved question. The key to this question may lie, at least in part, in the media narrative that emerges in the next few months. State prohibitions on same-sex relations became illegal in the Supreme Court case Lawrence v. Texas (539 U.S. 558 (2003)), but the media coverage focused on the dissenting opinion and may have led to more negative opinions about gays and lesbians.

Long Doan is a PhD candidate in the Department of Sociology at Indiana University.

Obergefell v. Hodges extends the fundamental right of marriage to same-sex couples across the US. Although there are still outstanding logistical issues before the ruling goes into effect, the decision is a final resolution in a line of pro-equality rulings from various US courts in recent years. To many Americans, this ruling is one to celebrate. To a majority of those opposed, it is likely viewed as an inevitable defeat.

A major point of contention in the 5-4 decision that the Justices grappled with how to treat marriage as a concept. Is the question at hand whether there is a Constitutional right to same-sex marriage, or whether the right to marriage is being denied in some states to same-sex couples in a way that is not to heterosexual couples? Does extending marriage to same-sex couples fundamentally redefine the existing definition of marriage, or is the fundamental nature of marriage already one where “two persons together can find other freedoms, such as expression, intimacy, and spirituality” (576 U.S. ___ [2015]. p. 13)? The majority chose the latter explanations, which is consistent with how many Americans view marriage.

But, when the dust settles on this decision, what are the implications of the ruling for the future of gay rights in the US? While the decision is undoubtedly a positive one for gay rights, some of my own research suggests that support for legal rights is only one dimension in people’s complex attitudes toward same-sex couples. The majority of Americans support same-sex marriage, and even more support other types of rights. Despite this support, more subtle forms of prejudice toward same-sex couples remain, from inferences about how much couple members love one another to acceptance of same-sex affection.

Further, some argue that the focus of same-sex marriage has taken attention away from other pressing issues facing LGBT Americans. Indeed, in a recent national survey of LGBT Americans, same-sex marriage is seen as only one of several other top priorities, including equal employment, the prevention and treatment of HIV/AIDS, and adoption rights.

Reservations notwithstanding, this decision is a positive step for the gay rights movement. As Justice Roberts ends this dissent of the decision, supporters should take this opportunity to “Celebrate the achievement of a desired goal. Celebrate the opportunity for a new expression of commitment to a partner. Celebrate the availability of new benefits.” (576 U.S. ___ [2015]. Roberts, J., dissenting p. 29).

When it comes to government discrimination against gays and lesbians that does not involve marriage, Obergefell provides little guidance

Sara Chatfield is a Postdoctoral Associate in the Political Science Department at the Massachusetts Institute of Technology.

Previous state court and Supreme Court cases provide justification for both types of analysis.  As Kennedy outlines in detail, numerous cases have found a right to marriage for protected classes and non-protected classes alike.  For example, prison inmates have no particular claim to special protection under the law as a group, but the government still can’t deny them the right to marriage.

In contrast, equal protection jurisprudence has typically focused on the nature of the group being disadvantaged by a law.  Laws making distinctions between blacks and whites will be analyzed using heightened scrutiny (and thus will almost always be struck down), while laws making distinctions between optometrists and opticians must simply have some rational basis to pass constitutional muster.  The central question then becomes whether sexual orientation is a protected class like race and gender, or is more like any of the other thousands of distinctions among people that the government makes in essentially every law.

Although some gay rights decisions have suggested that sexual orientation may be subject to some type of heightened scrutiny – a sort of “rational basis plus” – Kennedy avoids this issue here by arguing that the fundamental nature of the right to marriage makes the protected class question almost irrelevant.  Referencing  a right to marriage for fathers behind on child support payments, Kennedy writes that the “equal protection analysis depended in central part on the Court’s holding that the law burdened a right ‘of fundamental importance’…It was the essential nature of the marriage right …that made apparent the law’s incompatibility with requirements of equality.”  That is, the government can treat these individuals “unequally” in any number of areas – for example, garnishing the wages of fathers who have fallen behind on child support payments, but not the wages of all other fathers – but can’t treat them unequally when it comes to fundamental rights like marriage.

Thus, when it comes to government discrimination against gays and lesbians that does not involve marriage, Obergefell provides little guidance.  For example, it is hard to imagine the Court declaring a fundamental right to adopt children, when many individuals are barred from adopting for any number of reasons unrelated to sexual orientation.  Kennedy writes: “The Constitution contemplates that democracy is the appropriate process for change, so long as that process does not abridge fundamental rights.”  This suggests that, for Kennedy at least, the equal protection guarantees outlined in Obergefell do not extend far beyond the right to marriage. 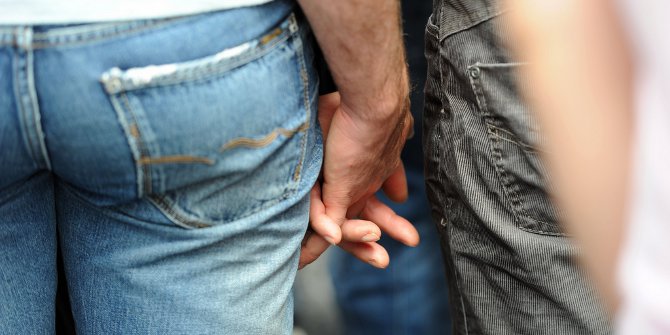