Urban living increases employment prospects and consumption opportunities but also exposes individuals to numerous urban problems including high living costs, congestion, pollution, crime, and traffic among others.  New research by John Winters and Yu Li examines the overall effects of urban living on happiness in the US as measured by self-reported life satisfaction.  They find that living in large metropolitan areas and counties with higher population densities reduces average happiness levels.

The pursuit of happiness is a fundamental human objective, and social scientists have long suggested that individual happiness depends on where one lives.  Urban living has the potential to greatly affect well-being in many ways, both good and bad.  Concentrating workers in densely populated urban areas creates many production advantages due to cost efficiencies from large scale production, better employer-employee job matching, and increased creation and dissemination of knowledge among skilled workers.  It has become a stylized fact that average productivity and wages are higher in urban areas for the US and numerous countries around the world.

Urbanization also facilitates consumption and recreational opportunities not available in less densely populated areas.  Many specialized goods and services have per capita demand that is too low to support their existence in less populated areas.  There simply are not enough customers in less dense areas for some producers to be able to make a profit and stay in business.  However, a larger customer base increases demand and makes provision viable.  Examples include live professional entertainment (such as sports, music, and theater), museums, specialized medical practices, specialized restaurants, and various boutique retailers.  Similarly, a larger population also facilitates greater numbers and diversity of local clubs with shared interests such as book clubs, cooking clubs, running clubs, etc.

However, packing many people into dense locations creates adverse consequences as well.  The scarcity of urban land relative to its demand causes prices to be bid up reducing the affordability of housing.  This also increases costs for employers and prices for other locally consumed goods and services.  Some urban workers respond by finding more affordable living costs in outer suburbs and commuting long distances to work, which increases traffic, commute times, and air pollution.  Additionally, the production advantages in urban areas are not distributed equally, and urbanization may adversely affect social capital, cohesion, crime, and good governance.  Living in highly populated areas may also increase anonymity and alienation for some.

The net effects of urban living on individual happiness are theoretically ambiguous and a source of considerable debate among researchers.  We use data for the US from the Behavioral Risk Factor Surveillance System (BRFSS) to examine the overall effects of urban residence on happiness as measured by individual responses to a question asking, “In general, how satisfied are you with your life?”  Individuals choose among categories of Very satisfied, Satisfied, Dissatisfied, or Very dissatisfied.  We convert these to a numeric scale for life satisfaction from one to four with one being Very dissatisfied and four being Very satisfied.  We measure urbanization in two ways: 1) based on residence in urban areas of differing population sizes and 2) based on population density in the county of residence.

Our main results for the overall effects of urban population on happiness are shown in Figure 1, which gives regression-adjusted average differences in our life satisfaction measure relative to non-urban counties for urban size categories increasing in size from left to right.  Micropolitan areas are small urban areas not large enough to be considered metropolitan.  We classify metropolitan areas as small, medium, large, and very large based on respective population groups of less than 250 thousand, 250 thousand to one million, one million to four million, and four million or larger.

Understanding the overall effects of urbanization on life satisfaction is important in numerous ways, and our results strongly indicate that the overall effects are on average negative.  However, our study does not inform which factors are driving this negative effect.  It is likely some combination of various adverse effects.

We speculate that high housing costs and long commute times are likely fundamental sources of urban dissatisfaction.  In that regard, reducing policy distortions such as excessive zoning in order to make housing more affordable could have considerable effects on improving happiness.  However, if housing costs are not the major source of dissatisfaction, then reducing regulations could further increase urban population, density, and other sources of urban dissatisfaction, possibly worsening life satisfaction.  Similarly, improvements in transportation infrastructure may ease congestion initially but further encourage growth so that life satisfaction is not increased in the long run.  Better understanding the specific causes of urban unhappiness is an important direction for future research.

A further question concerns why so many people continue to live in large dense areas if doing so reduces their happiness.  US residents have historically exhibited high rates of internal migration compared to their European counterparts, and social scientists expect population to flow toward areas offering higher well-being.  One possibility is that urban employment increases skill accumulation, wage growth, accomplishments, and social networks that are beneficial for future happiness, so that young people endure temporary unhappiness in the hopes of increasing future happiness.  However, these hopes are not always realized, and some may later find themselves stuck in less happy situations in large cities.  They are stuck because moving is costly financially, socially, and psychologically, and moving costs likely increase with age.  Policies that aid migration for financially constrained households desiring to move out of large dense areas may help improve well-being both for the out-migrants and the urban residents that they leave behind as their former cities become less congested.

This article is based on the paper, ‘Urbanisation, natural amenities and subjective well-being’, in Urban Studies.

John Winters – Oklahoma State University
John V Winters is an assistant professor in the Department of Economics and Legal Studies at Oklahoma State University and an IZA Research Fellow.  He has conducted research on various urban, regional, labor, and education topics in the hopes of better understanding human behavior and the potential role of government policy for improving individual well-being. 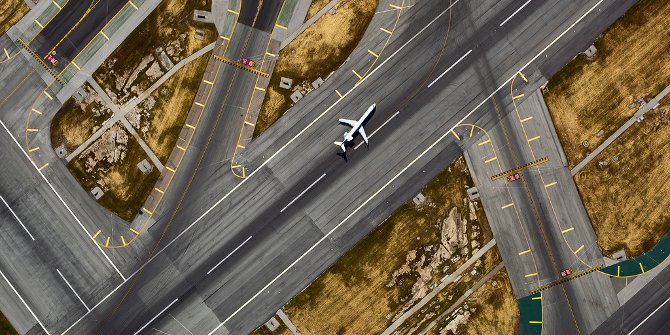 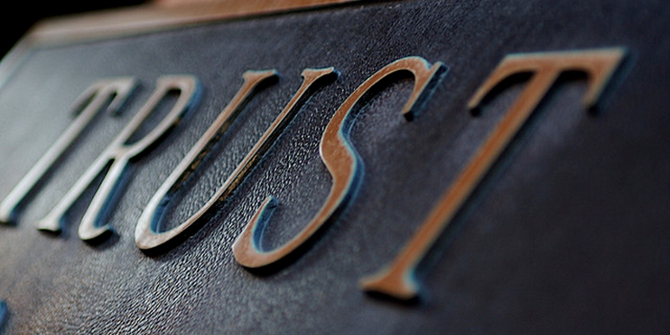