Trump’s dark and dystopian convention speech, SCOTUS redefines corruption and the case for more policing: roundup of US academic political blogging for 16 – 22 July

Trump’s dark and dystopian convention speech, SCOTUS redefines corruption and the case for more policing: roundup of US academic political blogging for 16 – 22 July

USAPP Managing Editor, Chris Gilson looks at the best of the week’s political blogging from academics and think-tanks.

The Government, Beltway and the Supreme Court
Foreign policy, defense and trade
Obamacare and health policy
The economy, society and criminal justice
[/one_half]

With the parties’ presidential nominating conventions due to start – beginning with the Republican Party – this week, Princeton Election Consortium has an overview of where the polls stand. They say that Hillary Clinton is slightly ahead of where Barack Obama was in 2008 and 2012. FiveThirtyEight comments that Clinton’s pre-convention lead is only as safe as John Kerry’s was at the same time in 2004. It’s received wisdom in political science that a nominee’s polling numbers will tend to improve after a party convention. Sabato’s Crystal Ball looks at previous post-convention polling bounces for both parties, reporting that the median since 1988 is 5 percent for the Democrats and 4.5 percent for the GOP. Mischiefs of Faction also talks the conventions, arguing that introducing proportional representation and a shorter nomination calendar would mean conventions would be more interesting – and more democratic.

FiveThirtyEight comments that given how closely they identify with the nominees, there’s probably very little that will change the supporters of either Trump or Clinton. Monkey Cage reinforces this with a survey that shows why Trump will not win over supporters of Bernie Sanders. Matt Ray meanwhile has a comprehensive discussion of how the racial revanchists who “yearn for a new Jim Crow” don’t have enough support to win this year. Saideman’s Semi-Spew looks at two recently released pictures from the Democrats and Republicans, both showing their interns. The GOP’s shows an almost entirely white crowd, in contrast to the Democrats’ diversity.

On Thursday, Balkinization continues its series called “Will the U.S. Survive the 2016 Election”. They write on three potential outcomes of the presidential contest: Donald Trump wins with the GOP keeping the House and Senate; Clinton wins and the Democrats win back the Senate; and Clinton wins the White House and both the House and Senate. They say that the first two alternatives could be called a “government”, while the second would be “mired in legislative gridlock”. Speaking of the election result, is it possible that it might be swayed by Google? No way, says Statistical Modelling…

This week also saw both presidential candidates name their vice-presidential picks. Smart Politics examines whether or not VP nominees carry their home states. The answer? Only slightly better than even odds.

Donald Trump and the RNC

The big highlight of the week was of course the Republican Party’s presidential nominating convention in Cleveland, Ohio. Unsurprisingly there was a great deal of commentary on what turned out to be a markedly different gathering to those of previous years:

Hillary Clinton and the Democratic campaign

FiveThirtyEight wonders how Hillary Clinton will respond to Trump going “all-in” at the RNC this week. They say that she can pick from a 1964 – portraying Trump as unfit for office- or a 2012 –based on voter turnout and defending President Obama’s accomplishments – strategy. At the Republican Convention former neurosurgeon Ben Carson, suggested that Clinton was connected to Lucifer. Tongue firmly in cheek, Marginal Revolution makes some observations to clarify the issue.

Speculation grew that Clinton would select Virginia Senator Tim Kaine as her running mate. FiveThirtyEight writes that if she did select Kaine, then it would be a “dull story”, and that he would do little to help her to win the election.

Saideman’s Semi-Spew reckons that Clinton’s stances on LGBTQ+ issues are a sign of progress.

Given that 15 first-term US Senators are running for reelection in the current cycle, Smart Politics examines how many traditionally lose their first bid for reelection – usually about 3.5.

Donald Trump has seven levels of support in Congress, reckons FiveThirtyEight: from True Believers and Eager Unifiers to Trump Snubbers.

There has been a good deal of criticism levelled against Hillary Clinton over the way that she handled potentially classified material on her private email server during her time as Secretary of State. But members of Congress are careless with classified material as well, says Monkey Cage. Staying in the House Beat the Press writes that the Speaker, Paul Ryan (WI), has essentially called for eliminating nearly the entire federal government.

Immigration Prof Blog writes Thursday that the country’s immigration courts have a backlog of 500,000 cases, with more than 200,000 added in the last five years.

Also on the courts, Election Law Blog comments on the Fifth Circuit Court’s ruling that Texas’ strict voter ID law violated Section 2 of the Voting Rights Act. They say that the Court did not strike the law, it merely softened it, and compares it to a similar North Carolina law.

Turning to the Supreme Court, Monkey Cage argues that the Court’s new definition of corruption – following the its overturning of former Virginia Governor Robert McDonnell’s conviction for that offense – is out of step with what most Americans consider it to be.

The Baker Institute Blog writes this week that the US has dodged a bullet in the context of the coup attempt in Turkey. They explain that if the coup had succeeded, then the US would have been in a difficult position; while it tends to oppose such coups, there is a long history of dealing with military autocrats if they align with US interests.

Monkey Cage has the results of a new study which shows that Russian elites are more militaristic – and anti-American than they have been for many years.

Closer to home, Nicholas Kristof argues that the US is helping deport child refugees back to their home countries in Central America – likely to die.

Increasing costs for insurers who are part of Obamacare has been in the news recently. Beat the Press writes Monday that these cost increases are likely down to more people signing up to exchanges who are less healthy than the population as a while – not rising health care costs in general.

Marginal Revolution discusses a new and different economic theory of the Donald Trump movement – inadequate savings. Beat the Press meanwhile has the news that the country’s core inflation rate has fallen to 1.4 percent if shelter is excluded.

Mischiefs of Faction takes a close look at the party’s stances towards free trade over the past 15 years. They find that while Clinton’s emphasis on jobs is consistent with her party’s recent votes on free trade agreements, Trump’s similar opposition to such agreements does not align with how the GOP has generally voted.

The Volokh Conspiracy makes the case this week for more policing, commenting that the move to “purely reactive” policing ignores the needs of residents in high-crime areas. Lawyers, Guns & Money meanwhile argues why police need unions; they support police in a time when they are under incredible pressures and scrutiny. Still on policing, Monkey Cage has a chart which illustrates how Americans feel about protests and police responses, and what can be considered a proportional response. 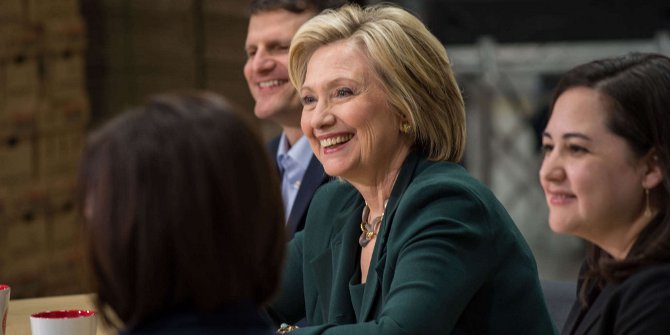 Clinton ahead in the polls, Ryan endorses Trump, and America’s Eastern European “idiocracy”: US national blog roundup for 28 May – 3 June 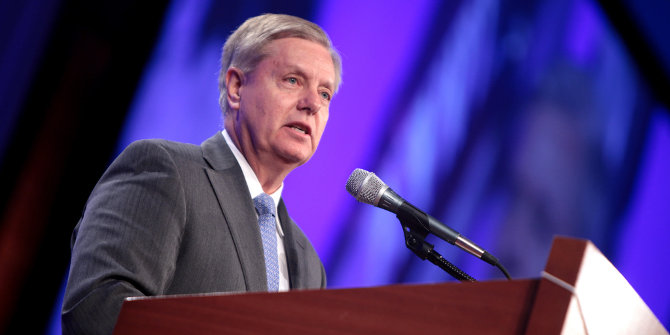 Lindsey Graham exits GOP primary, the Democrats’ low-rated debate, and why is drug spending so high?: US national blog round up for 19 – 25 December 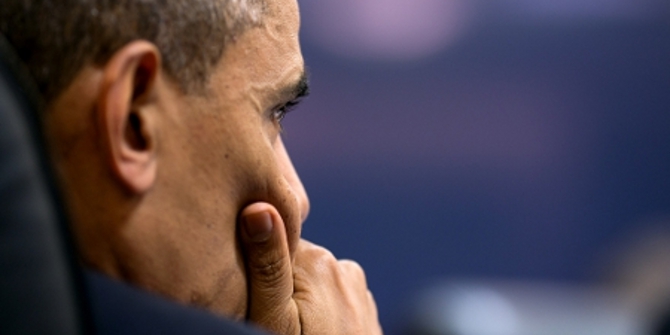