The 2016 presidential election saw the Democratic candidate, Hillary Clinton perform poorly in large parts of the rural Midwest, areas which had previously supported Democrats. Richard Johnson looks at the lessons which contemporary Democrats can take from Carol Moseley Braun’s 1992 Illinois Senate campaign, which saw her become the first black woman in the US Senate. He writes that one of the most important takeaways from Braun’s campaign is that she actively appealed to white-working class voters by emphasizing change and populist anti-elitist themes.

In 1992, Carol Moseley Braun became the first black woman to be elected to the US Senate. Braun won Illinois with 95 percent of the black vote, and in some majority-black Chicago precincts her support was over 99 percent. 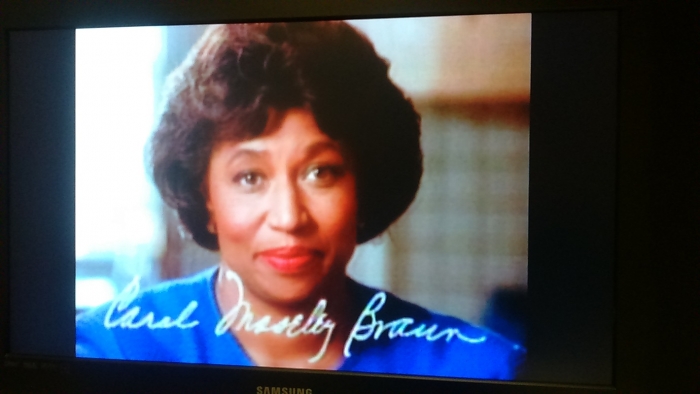 However, Braun’s victory extended far beyond the black community. Nearly 75 percent of Braun’s support came from white voters, and she out-polled her Republican opponent Rich Williamson (49 percent to 46 percent) in the twenty-eight Illinois counties with virtually no (less than 1 percent) ethnic minorities. Braun performed strongly in downstate Illinois, defeating Williamson by a 2:1 margin. She also outpolled presidential candidate Bill Clinton by 177,776 votes. Overall, Braun won 48 percent of the white vote.

Last week, Hillary Clinton also won Illinois, but the spread of her victory is noticeably different. Outside of Chicago and its suburbs, Clinton was uncompetitive in large swaths of the Prairie State. For example, Donald Trump won Franklin County, an historic coal-mining county in the south of the state with 68 percent of the vote. The county is 97.7 percent white, and some commentators would have you believe that these voters are simply unreachable for Democrats.

Yet, they used to be Democrats. In 1992, Carol Moseley Braun won Franklin County with over 60 percent of the vote. What happened so that a black, Democratic woman could win this county overwhelmingly twenty-five years ago, yet the result was the opposite last week? 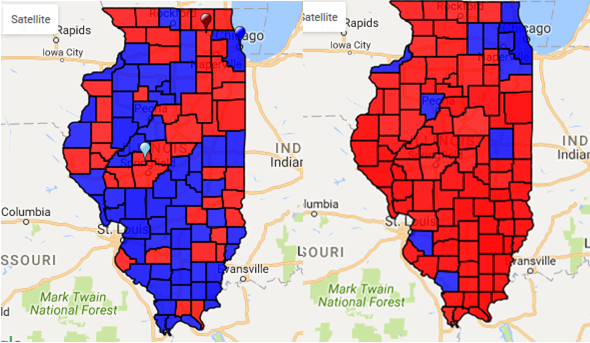 There are many reasons, but one instructive lesson from the Braun campaign is that it never gave up on these voters. The campaign recognised that they could be difficult to persuade – that as a black woman it would take Braun extra work to reach these white working class men and women. But the campaign also understood not to use voters’ conservative racial attitudes as an excuse *not to try*.

I have read the Braun campaign’s internal strategy documents where they discuss how they are going to win downstate voters. I reproduce below a relevant section from a memo I found in the Carol Moseley Braun Archive at the Chicago History Museum:

These voters have Democratic demographics and lifestyles, but have often been split away from voting Democratic in recent years by appeals to race, cultural issues, defense/foreign affairs issues, and taxes… However these voters are usually the most concerned with African-Americans, and may be nervous about a woman Senator. In addition, they are the Republicans’ prime targets for negative advertising.

So, CMB is going to have to do her own persuasion of these voters, to get them to vote for her – positive persuasion which emphasizes change, populist economics, anti-elite and anti-Washington themes, and hard core Democratic issues like jobs, health care, and education.

And perhaps negative persuasion which would focus on RW [Rich. Williamson] as a wealthy DC insider who has consistently manipulated the system for his own selfish ends, who waffles on fundamental issues, and who has served the rich and powerful throughout his career.

Issues – populist economics; anti-Bush, anti-GOP links with [Ross] Perot; invest in America, take care of our own; change in DC

What is evident is that Hillary Clinton manifestly failed to put across a similar message. Clinton did not maintain the same message discipline as Braun on the ‘core Democratic issues’, and she was unable to overcome the ‘DC insider’ image, which Braun used so effectively against her Republican opponent.

Indeed, Braun’s campaign script (‘invest in America’, ‘take care of our own’) could have formed parts of Donald Trump’s message to working-class whites. Yet, as the Braun campaign shows, there’s no reason why a Democratic candidate cannot articulate these themes while remaining committed to other key left-wing principles of equality and social justice. It is an unapologetically populist message, which the Democrats would do well to rediscover.