At the end of last week, the Trump administration launched a cruise missile strike against a Syrian airbase, the first time the US has targeted the regime of President Bashar al-Assad. Jasmine Gani writes that the strikes, in response to Assad’s use of chemical weapons, do not signal a new policy of regime change from Washington. That said, even if Trump’s actions may have been for the sake of his own image, they may yet prove to be a check on further Syrian aggression and be a balance to Russia’s involvement.

The decision by the Trump administration to launch military strikes on the Al-Shayrat air base in Homs last week marked the first time that the US has directly targeted the Syrian regime in over six years of conflict. Obvious comparisons between President Trump and his predecessor Barack Obama have dominated commentary on the latest intervention. However, while it is significant, it is not as dramatic a precedent as some have suggested: the US has been fully ensconced in the conflict since 2014 in opposition to ISIS in Northern Syria, and even prior to that they had been arming and funding the anti-Assad rebels since 2011. Last month the US committed a significant number ground troops for an offensive in Raqqa.

So the US has already been ‘at war’ in Syria, and not without heavy civilian costs. Yes, the US has now targeted the Syrian regime for the first time, but if this is not a part of an explicit change in strategy designed to relaunch diplomatic efforts, we are not likely to see a great deal of positive change to the dynamics of the war. Whether anything substantial has changed in Washington’s approach remains the chief question, and typically difficult to fathom based on contradictory statements from the White House and State Department.

Just days before the horrific chemical attack on Khan Sheikhoun that killed at least 87 people the White House Press Secretary, Sean Spicer, stated, ““With respect to Assad, there is a political reality that we have to accept”. This was in line with Trump’s position in recent months in which he criticised US funding of the rebels and promised to focus on fighting ISIS rather than the Assad regime.  Indeed Trump’s comments after the Ghouta attacks in 2013 showed him to be opposed to intervention in Syria, despite the far greater civilian death toll.

Then a day after the chemical attack Trump appeared to change his stance based on humanitarian grounds.  Speaking on the White House lawn at the press conference with King Abdullah of Jordan, he stated: “My attitude toward Syria and Assad has changed very much”, citing the images of dying children as having shifted his stance. Some have seen this as signalling a new humanitarianism and moral foreign policy in the US administration, particularly if Trump is willing to sacrifice relations with Russia on this front.

What, then, should we understand from Secretary of State Rex Tillerson’s counter-assurances after the airstrikes that US policy had not in fact changed? Moreover, is US military intervention against the Assad regime a constructive or inflammatory move in the Syrian war?

First, despite Trump’s statements, Washington is not embarking on a policy of regime change.   Before launching the strikes, the US was careful to inform both the Russians and Syrian regime – this was no attempt at ‘shock and awe’. The targeted strike did take out military aircraft and refueling facilities but it does not inflict enough of a blow to Syria’s military capacity. To know what an intentional interventionist strategy might look like, consider the proposals by Sen. John McCain (R-AZ), one of the most consistent advocates of intervention since the start of the conflict. McCain has called for a grounding of the Syrian airforce (which would mean comprehensive aerial bombardment of Syrian airbases and direct air combat), coupled with an international coalition. However, the current administration does not (yet) have the willpower for the former, nor the legitimacy for the latter. Russia’s combative statements since the airstrikes demonstrate it will remain an obstacle at the UN security council against an escalation of military attacks on the Syrian regime, preventing a UN backed coalition – something McCain’s strategy does not directly address. Arguably the US could corral allies outside of UN channels, particularly given the UN’s weakness in recent years, but this would first require a sturdy, united front at home; with various government departments in transition or turmoil, this looks unlikely.

Second, the airstrikes do not represent a new ‘moral’ Syria policy for the US administration. Some have described the intervention as ‘righteous’, but the intent behind it was not. While some have seen the airstrikes as a redemption for Trump, any analysis ought to be based on Trump’s record and rhetoric thus far. Since coming to power, the Trump administration has been fixated by its public image, stung by the mildest of criticisms, and aware of constant unfavorable comparisons with his predecessor.  This recent intervention against the Syrian regime provided Trump with the most direct opportunity to invert that dynamic: this time, all the comparisons with Obama reflected favorably on Trump. Even his long-term opponents have portrayed him as decisive, proactive and ethical, on this issue at least.

Is it unreasonable to suggest that Washington could engage in military action for the sake of its image and to deflect criticisms at home? Not really, especially if we consider that the risks for the US of intervening now in 2017 are far lower than they were in 2013.  As stated, by now the US has already become heavily embroiled in the conflict. Moreover, the balance of power in the war was at a critical stage in 2013 – any intervention would have had a direct impact on that balance, a burden that Obama was not willing to carry given that the trauma of Iraq still loomed over the US. Since then, however, the balance of power has decidedly tilted towards the Syrian regime. Limited airstrikes against an emboldened Syrian regime will not, on their own, be a turning point in the conflict. Moreover, there is also less at stake for the Syrian government and international law – few can plausibly claim that US airstrikes contravene Syrian sovereignty when it is already violated every day by so many states.

It is through the lens of this last calculation on the balance of power that we may see some constructive developments. Fragmentation of rebel forces, waning of regional and international support for the opposition, Russian involvement since 2015 and increasing US indifference had convinced the Syrian government that they could act with impunity. If a diplomatic, political solution to the Syrian conflict is to be found, the lopsidedness in the current power dynamic (which has not come about ‘organically’ but via deliberate actions from actors on both sides) does need to be challenged. Moreover, the lack of an international counterpart to Russia, as occurred last year at the Astana talks where the US was absent, is entirely unconducive to any peaceful settlement to the Syrian conflict – its recent action should help bring the US back into the frame. And finally, it is evident that the regime has not abided by the 2013 UNSC resolution to remove their chemical weapons. The resolution rightly averted strikes back then, but a repeated act of aggression in direct contravention of that agreement should not go unchallenged – even if it is a symbolic statement and does nothing to prevent the use of conventional weapons. With these observations in mind, it is possible to view the recent US intervention as a potentially positive step. The question now is whether the Trump administration has the strategic acumen to make it count without hubris and further escalation.

“London protest against chemical warfare in Syria” by Steve Eason is licensed under CC BY-NC-SA 2.0.

Posted In: Jasmine Gani | US foreign affairs and the North American neighbourhood 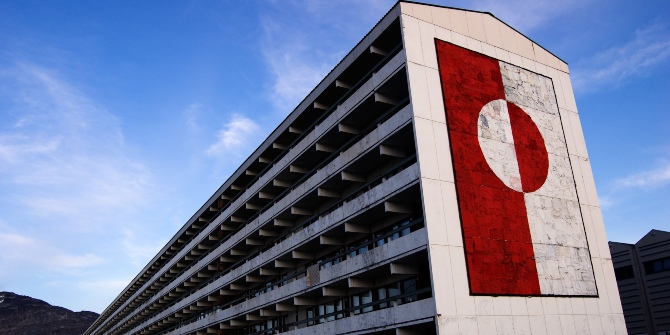 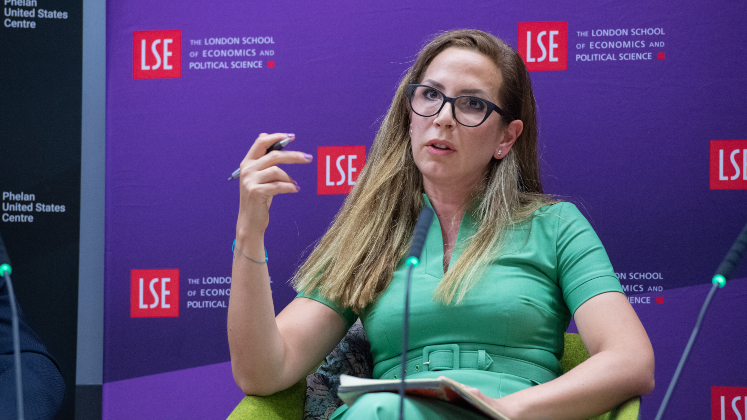 The Ballpark podcast Extra Innings: The future of Liberal Internationalism and the War in Ukraine with Professor Ayse Zarakol

A combination of internal changes, domestic issues and sanctions mean that Iran is back at the negotiating table with the U.S.