In this year’s midterm elections, the contest for a US Senate seat in the Silver State is seen as the best opportunity for the Democratic Party to take a seat from the Republican Party in a year with a very challenging Senate election map for the Democrats. But will current US House Representative Jacky Rosen be able to beat incumbent Senator Dean Heller? Jennifer Ring writes in a Senate race which has been marked by acrimonious attack ads, Heller’s recent record of changing his mind on issues like healthcare and the Kavanaugh Supreme Court nomination may come back to haunt him.

“Radicals from California are invading Nevada!!!!” warns the television commercial for Dean Heller’s senate campaign, informing viewers that House Democratic leader Nancy Pelosi and other California “radicals” are supporting Jacky Rosen for Nevada Senator. According to the Heller commercial, Jacky Rosen was also spotted campaigning for candidates in California. The spectacle of Democratic candidates campaigning for each other is what led to the fears of a full-fledged “California invasion.”

Another Dean Heller commercial begins with the question, “Who is Jacky Rosen?” and cuts to Jacky Rosen, during the 2016 presidential campaign, proclaiming, “I’m a Hillary Clinton person.” That a Democratic politician from Nevada supported the Democrat running for president is hardly startling, but the point is to arouse hatred of Hillary Clinton and taint Jacky Rosen by association. The commercial continues with repetitive loops of Hillary laughing uproariously and concludes with the rhetorical question, “Another Hillary Clinton paid for by California and New York Liberal donors? She’s a liberal and a lock step partisan just like Hillary Clinton!” The loop of Rosen saying, “I’m a Hillary person,” plays again, as the narrator closes with, “Yes Jacky, you certainly are,” Clinton still laughing in the background. The dominant feature of the commercial is the soundtrack of Hillary Clinton laughing. The message clearly received is, “We hate Hillary, so don’t vote for Jacky Rosen.”

At the time this commercial aired, Trump visited Las Vegas to campaign for Heller, and promote the confirmation of Brett Kavanaugh to the Supreme Court, blasting Democrats and Christine Blasey Ford for sullying Kavanaugh’s honor with “baseless” allegations of sexual assault.

Dean Heller is the sitting senior senator from Nevada, a Republican who was appointed by Governor Brian Sandoval in 2011 when Senator John Ensign was forced to resign for corruption. After a year as appointed senator, Heller was elected in 2012, and now faces a challenge from Democrat Jacky Rosen, who has served less than one term as one of four of Nevada’s US House Representatives. Rosen’s commercials are no kinder than Heller’s, although they are somewhat meatier, as they focus on his record of remarkably inconsistent stances on issues.

Rosen’s commercials dub Heller “Senator Spineless.”  She represents Heller as an orange “tube man” – one of those inflatable figures with air being pumped from below so they twist and turn, usually found in parking lots or by the roadside to advertise, for example, a tire store. In one of her commercials, Rosen presents “Senator Spineless” as a patient in a doctor’s office. The doctor renders his diagnosis: “Senator Heller, we’ve found the problem. You have no spine. I mean literally no spine. First you promised to vote against the plan to repeal Obamacare. Then, a little pressure from your party, (insert  a video of Trump commending Heller for voting against Obamacare) and you broke your promise and voted for repeal, supported jacking up rates on older people even taking away protections for preexisting conditions. Senator Heller, Stay away from Washington, Okay?”

Nasty…but at least it’s focused on the issues.  In fact, Heller, in his brief tenure as Senator from Nevada, has reversed himself on healthcare, immigration, gun control (in a pro-gun state that experienced the worse mass shooting in American history in Las Vegas at an outdoor music concert last summer).  He claims to be helping veterans. Rosen claims that he is lying about his record.

Heller did not support Trump for president until the very last minute, when he says he voted for him. Clinton carried Nevada in 2016, and when she lost her bid for president, Heller quickly aligned himself with Trump. He was strong-armed by his Republican colleagues in the Senate to vote for the repeal of the Affordable Care Act, after he said he would never vote to cut healthcare to Nevadans. He and Trump were filmed in a moment when Trump literally threatened him with loss of his Senate seat if he failed to vote to confirm Trump’s conservative Supreme Court nominee, Judge Brett Kavanaugh. Heller cooperated with his party on both the repeal of Obamacare and the Kavanaugh nomination, and added, with regard to the allegations that Kavanaugh sexually assaulted a fifteen year old girl when they were both in high school, that the furor over sexual impropriety was merely a “hiccup” in Kavanaugh’s march to the Supreme Court.

Heller’s stance on the Kavanaugh confirmation will likely gratify his Republican base and enrage Nevada Democrats in November. The issue of White House sanctioned misogyny could be a political wash in the midterm election, except that this year, in the midst of the “#MeToo” movement, Nevada has so many women running for office that there is a decent chance Nevada will become the first state in the United States with a majority female legislature…from both parties. Heller could pay a price for his public support of Trump’s misogyny. Polls show Rosen and Heller in a virtual dead heat.

Without a doubt, American political campaigns have become very ugly, and Nevada’s attack ads could win awards for “going low.” Although not a justification for mud-slinging, the stakes in Nevada’s 2018 senate race are very high.  The Democrats regard it as their best chance to “flip” a senate seat from Republican to Democrat. Heller has not been in the Senate for long. He won in 2012 by the slimmest margin in American history.  His is regarded as the most vulnerable Republican Senator up for reelection in a year when Democrats are determined to win back control of the House of Representatives, and hopefully the Senate, following two miserable years of impotence during a time when American political discourse has seemed to bottom out.

According to POLITICO, Rosen “popped up on Democrats’ radar after being elected president of her local synagogue — the largest Jewish temple in the state – in 2013.”  With party backing, including support from retired senator Harry Reid, she ran for Congress in 2016 and won in a district that supported Trump. Now she is fast-tracked as a viable candidate to help Democrats regain control of the Senate.

In the Trump era nothing seems predictable. But Catherine Cortez-Masto was elected to the Senate from Nevada in 2016, the first woman and the first Latina to represent the state in Congress. If this wild-west, gambling, cowboy state were to elect Jacky Rosen, a Jewish woman, to accompany Cortez-Masto, it might indicate that even the Las Vegas odds makers have their work cut out for them.

Jennifer Ring – University of Nevada, Reno
Jennifer Ring has been at the University of Nevada, Reno since 1996 when she was appointed director of Women’s Studies and professor of political science. Ring’s teaching fields include political theory (ancient Greek and modern European), race and gender in American politics, identity politics in the United States, political theory and political action, and the politics of sports. Her most recent books are: “A Game of Their Own: Voices of Contemporary Women in Baseball” (University of Nebraska Press, 2015) and “Stolen Bases: Why American Girls Don’t Play Baseball” (University of Illinois Press, 2009).

Posted In: 2018 midterm elections | Elections and party politics across the US | Jennifer Ring 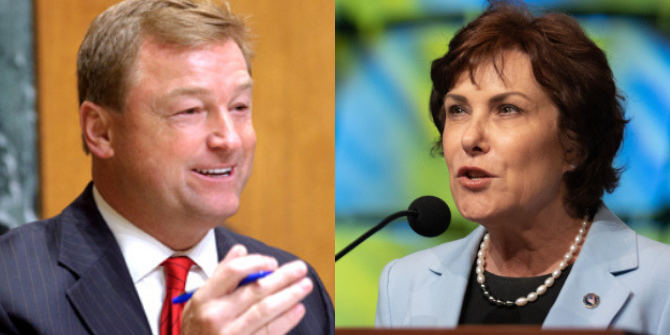 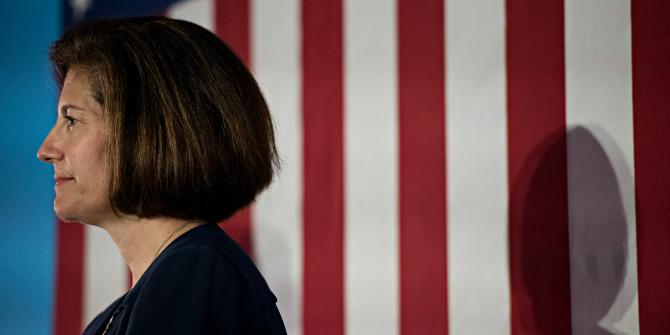