In 2019, social media, the Internet and cable news all mean that voters now have a wide range of often partisan media to choose from. Partisanship in the media is nothing new, however; B.K. Song writes that in the first half of the 20th century, local newspaper markets were highly partisan, often giving greater coverage to politicians favored by their readers. The introduction of television mid-century changed all this: fairness and equal time rules meant that television stations had to be politically neutral, thus breaking the influence of newspapers’ partisanship on party support.

Since the 2016 election, concerns about media bias and ‘fake news’ have been on the increase from both scholars and pundits. And we may be right to be concerned; social scientists have documented the degree of media bias using various measures. Media bias can be bad for voters, especially when the media suppress information to promote their political agenda. Media bias can also mislead voters into selecting a candidate whom they would not have chosen had they received unbiased news.

So, if media bias does exist and can have a harmful effect on voters, can its effect be reduced? If partisan media influence voters by suppressing information unfavorable to the party or politicians they support, can its effects be mitigated when voters have an alternative source of political information? I answer this question by studying one of the major changes in the US media environment—the introduction of television.

Television caused a dramatic change in the US media environment. People started receiving political information from the new media that differed many ways from previous media, the press. In the pre-broadcasting era, most people in the US received political information from local newspapers. Local newspaper markets were small, where a typical newspaper would provide news to a single county. Since newspapers did not have to satisfy readers with diverse political preferences, many of them were highly partisan. According to Editor and Publisher Yearbook, more than 20 percent of all the dailies from the 1940s to 1960s were affiliated with either the Democratic or the Republican Party.

Unlike newspapers, television stations were politically independent. During the early years of television, holders of broadcast licenses were subject to government regulations, such as the “fairness doctrine” and “equal-time rule,” which aimed to promote balanced news presentation.

The fairness doctrine of the Federal Communications Commissions (FCC), which was introduced in 1949, required broadcasting stations to (1) devote some programming to controversial issues of public interest and (2) provide contrasting viewpoints on such issues. Broadcasting stations had to meet these requirements to maintain their license. The “equal-time rule,” or the equal-opportunities provision of the Communications Act of 1934, states that radio and television stations should provide equal opportunities to all political candidates. These regulations required television stations to be politically neutral.

Furthermore, television stations during this time were dominated by the “big three” networks—the American Broadcasting Company, the Columbia Broadcasting System, and the National Broadcasting Company. Since these networks faced little competition, they did not have an incentive to differentiate and provide biased news to viewers in order to carve out a market.

Since the introduction of television, the media environment in the US has undergone several important changes. Owing to the expansion of cable television and the Internet, voters in the post-broadcast era can acquire political information from a variety of sources at low cost. As in the case of television, these new technological developments can make voters less susceptible to the influence of the political bias of any particular media outlet.

The existence of multiple information sources, however, does not guarantee that consumers are exposed to diverse ideas and opinions. While cable television and the Internet provide easy access to political information, consumers may choose to be selectively exposed to partisan information. The post-broadcast media environment is characterized by market differentiation and fragmentation. The recent rise of social media and its ability to filter content has even created a personalized media environment in which users can be exposed only to information that they would like to see. The high-choice media environment that gives consumers greater choice over content can lead to political polarization.

Therefore, whether the high-choice media environment would lead to more (or less) political polarization among voters depends on the degree to which voters are willing to consume news from multiple sources.

B.K. Song – Hanyang University, Seoul
B.K. Song is an assistant professor in the department of policy studies at Hanyang University. He has a PhD in government from Harvard University and an MA and a BA in political science from Seoul National University. His research interests include elections, representation, and media politics. 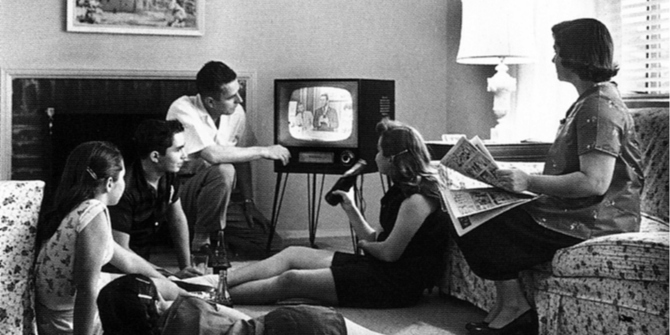