In the 1970s, busing programs in the North, Midwest, and West aimed to overcome school segregation which was mostly linked to residential patterns. Leanne Serbulo charts the impacts of Portland, Oregon’s one-way busing policies which saw the burden of integration fall on black students. When this policy ended, she writes, policies to improve schools in majority-Black neighborhoods, and the funding cuts which followed, increased segregation once again.

The issue of school integration recently resurfaced when Senator Kamala Harris shared her story to challenge former Vice President Joe Biden’s record on busing during the Democratic primary debate on June 27th. In the 1970s, Harris rode a bus to a predominantly white school outside of her neighborhood as part of Berkeley, California’s school desegregation program. Busing was used to integrate urban schools in the North, Midwest, and West where school segregation had been caused by residential patterns, rather than Jim Crow laws.

Portland, Oregon was one of those cities. In the early 1970s, despite having a relatively small black population, the city was highly segregated. Nearly 80 percent of the black population lived in the Albina district.  Since school attendance zones were tied to neighborhoods, black students were concentrated in Albina neighborhood schools.

Unlike Berkeley, which established a robust two-way busing program where both students of color and white students were sent to schools outside of their neighborhood, the Portland Public School board created the Schools for the Seventies plan, a one-way busing program that scattered black students to schools across the district, while allowing white students to voluntarily integrate into majority black schools. Already losing families to the growing suburbs, school board leaders feared that any desegregation effort that required white children to change schools would be met with backlash. Although in place for less than ten years, Portland’s busing program established ways of thinking that would influence decades of student assignment and transfer policies.

The burden of integration in Portland fell to black students

Portland’s busing program tacitly endorsed the segregated residential preferences of white middle class families by tightly controlling the number of black students sent to white schools and by placing the full burden of integration on black students. Majority black schools were viewed as problematic, sending the message that black students could only obtain a good education in a majority white school. Conversely, white students required special incentives to integrate into majority black schools.

“Stop” by Phil Roeder is licensed under CC BY 2.0

The Schools for the Seventies plan instituted early childhood and full-day kindergarten classes in all Albina primary schools. These programs were designed to attract white students, but adding new classrooms taxed already overcrowded buildings, and to make room for the influx of students from outside the neighborhood, the upper grades were dissolved. Students in upper grades were bused out of Albina and scattered to majority white schools throughout the district.

Involuntary busing took a toll on black students and their families. Siblings and classmates were split up and sent to different schools miles apart. The schools they were sent to lacked black teachers, administrators, and staff, leaving black students isolated and subject to disproportionate rates of discipline and expulsion. Parents organized protests and school boycotts, and in 1980, the district adopted the community-driven Comprehensive Desegregation Plan.

Rather than moving black students around the district to achieve racial balance, the new desegregation plan invested resources into Albina area schools and promoted a multicultural curriculum districtwide. Any student could choose to transfer, but no one would be forcibly moved. The plan established a new middle school and strengthened specialized magnet school programs in the Albina neighborhood to attract more white students.

Figure 1 shows that the one-way busing program effectively reduced black/white segregation in Portland schools. By 1980, school segregation dropped to moderate levels. After the Comprehensive Desegregation Plan was adopted and integration became voluntary for all students, segregation levels rose, but schools were still more integrated than the neighborhoods they drew from.

Later in the decade, the Albina area started gentrifying. The transfer system, which had been designed to encourage integration, was now being used by the mostly white, middle class families moving into the neighborhood to escape Albina schools. By allowing parents to transfer their children to other neighborhood schools, the district facilitated the gentrification process. Families could purchase a cheap home in a low-income community, yet still send their child to a majority white, middle class neighborhood school. Portland saw widespread gentrification in close-in, lower-income neighborhoods. By the late 1990s, schools were more racially segregated than the neighborhoods they drew from. Schools also grew increasingly economically segregated.

The transfer system produced schools that were more racially and socio-economically similar than the neighborhoods they served and created wide inequities in schools’ programming and staffing. Schools in gentrifying areas were under-enrolled and disproportionately populated by lower-income students and students of color, while the white, middle class schools that were popular destinations for transfers were bursting at the seams. Since enrollment determines an individual school’s funding, being under-enrolled meant having fewer resources. The under-enrolled schools that lower-income students and students of color attended offered bare-bones programming. Facing ongoing budget shortfalls, the board targeted these schools for closure.

Students, parents, and teachers were aware of these inequities and demanded that the district do something to fix them. District leaders acknowledged the role that the transfer system played in perpetuating enrollment imbalances and moved to restrict transfers between neighborhood schools. At the same time, it was expanding the number of focus-option schools, which are open-enrollment schools with a specialized theme or curriculum. Focus option schools proliferated in the early 2000s and became the destination of choice for mostly white, middle class parents looking to escape their assigned low-income, multicultural neighborhood schools.

Although significant changes had been made to student assignment and transfer policies since the 1970s, the district consistently adopted plans that catered to white, well-resourced parents’ preferences for racially and socio-economically similar schools. From decisions about desegregation to rules regarding transfers, the district repeatedly missed opportunities to create a system of integrated schools. Undoubtedly, adopting two-way busing or restricting transfers would have caused some white, middle class families to leave the district. However, the benefits of these actions may have far outweighed the cost. 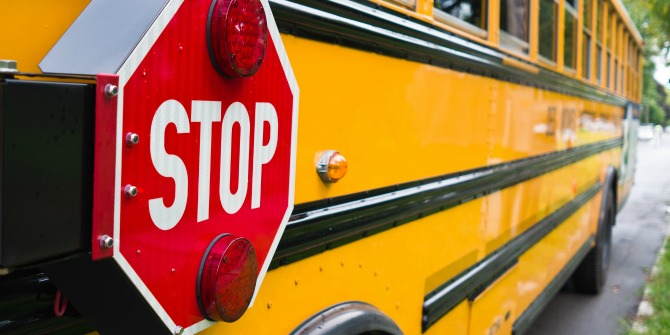