In The Politics of Weight: Feminist Dichotomies of Power in Dieting, Amelia Morris challenges the degree to which feminist debates about dieting often take the form of a binary whereby (women’s) bodies are either sites of oppression or liberation. Instead, drawing on interviews with dieters, analyses of dieting programme materials, fat activism and black feminist scholarship, the book posits a more ambivalent ‘middle ground’, arguing for a promising path to nuanced understanding of how our bodies are shaped in relation to power and diet culture, writes Megan Dean.

The Politics of Weight: Feminist Dichotomies of Power in Dieting. Amelia Morris. Palgrave. 2019. 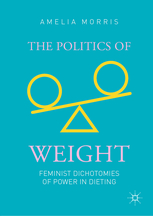 For decades feminists have criticised weight-loss dieting, accusing it of (among other things) reinforcing unrealistic and harmful body ideals, distracting from meaningful social and political engagement and being a tool of the patriarchy. Recently, body-positivity activists, including celebrities like actor Jameela Jamil, have spread their anti-dieting messages through social media, reaching new generations with the encouragement to reject dieting and love one’s body as it is.

And yet, many people still diet. In the United States, 49.1 per cent of adults and 56.4 per cent of women tried to lose weight between 2013 and 2016. Ten of the top eleven strategies used toward that end were changes to diet. We have to assume that at least some of these dieters are aware of feminist objections to dieting. Indeed, Susan Bordo, whose book Unbearable Weight offers a canonical critique of dieting and weight-loss culture, has herself acknowledged participation in a commercial weight-loss dieting programme. Bordo is certainly not the only feminist who has considered joining Weight Watchers.

But why would anyone who thinks that dieting is a tool of the patriarchy go on a diet? Why would they engage in a practice that reinforces body norms they themselves reject? In short, why is knowing better not enough when it comes to dieting?

Amelia Morris explores these questions in her book The Politics of Weight: Feminist Dichotomies of Power in Dieting. Morris, a postdoctoral researcher in the Department of Politics, International Relations and Philosophy at Royal Holloway University, situates what I’ll call the ‘ambivalent dieter’ within a broader feminist debate about the status of the body and its relation to power. As Morris characterises it, the main positions within this debate take the form of a dichotomy: bodies—specifically, women’s bodies—are either sites of oppression or opportunities for the exercise of liberty. Morris identifies the former perspective with radical feminists, such as Susan Brownmiller and Germaine Greer, and the latter with liberal and post-feminist scholars and writers, including Naomi Wolf, Catharine Lumby and Katie Roiphe.

Morris herself supports a third, ‘post-structuralist’ position, which she identifies with Michel Foucault and feminist theorists like Sandra Bartky, Judith Butler and Bordo. According to this perspective, the body has a more ambivalent relationship to power than either side of the dichotomy suggests. Bodies exist, Morris writes, ‘within a ‘‘middle-ground’’ of power’ (19). This middle ground is characterised by the claims that power works on and through the body in more subtle, mundane and insidious ways than ‘oppression’ proponents would have it, and that the experience of freedom in relation to one’s body is neither as attainable as the ‘liberation’ side suggests nor a reliable sign that one is in fact free from pernicious forms of power. 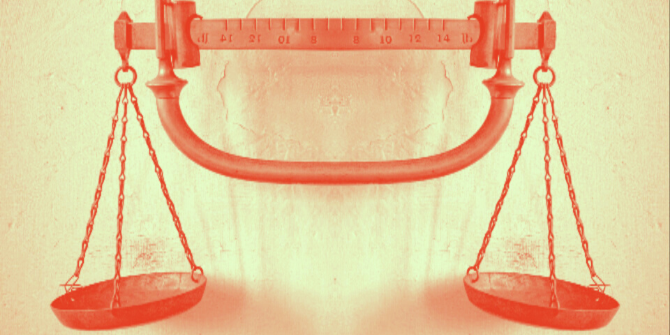 The Politics of Weight argues that we should use this middle-ground approach to understand women’s engagement in weight-loss dieting. Morris takes an interdisciplinary approach to this task, using interviews with British women dieters, body-positivity activists and fat-positive activists to highlight women’s conflicted understandings and experiences of dieting, and the challenges of ridding oneself of an attachment to thinness as a source of happiness, comfort and confidence, even when one believes one should.

The first two chapters of the book discuss Morris’s methodology and introduce the broader feminist debate about the body. In Chapter Three, ‘The Dichotomy of Power in Dieting’, Morris explores how this debate applies to weight-loss dieting in particular, and begins to make her case for a Foucauldian feminist approach. She does this in part by using interviews with dieters and analyses of dieting-programme materials to highlight some of the quintessentially disciplinary aspects of dieting, including the use of panoptic surveillance and the confession of dietary transgressions and weight gain to peers and group leaders at weight-loss meetings.

Morris is careful to point out that the feminist Foucauldian literature she favours has often ignored the relevance of race to the effects of power on the body. In Chapter Four, ‘The ‘‘O’’ Factor: Foucault, Race, and Oprah’s Body Journey’, Morris attempts to address this gap through engagement with black feminist scholarship on the topic of Oprah Winfrey’s weight-loss projects. Morris highlights the ways that racist stereotypes like the ‘Mammy’ and ‘Jezebel’ structure understandings of black women’s bodies. She suggests that the white hostility and ambivalence that met Oprah’s dramatic weight loss can be understood as a response to Oprah’s visible shift away from what white audiences perceived as a non-threatening, nurturing Mammy image. In this chapter and elsewhere, it is sometimes challenging to distinguish Morris’s original contributions from her detailed discussion of the existing literature. Nonetheless, this chapter addresses an important issue and will point readers to some fascinating work on race and diet, such as Cheryl Thompson’s 2015 paper, ‘Neoliberalism, Soul Food, and the Weight of Black Women’.

Chapter Five, ‘Fat Activism and Body Positivity: Freedom from Dieting?’ will be of most interest to readers grappling with the complexities of resisting diet culture. Morris draws on fat-activist literature and practice to suggest that the insistence that we unequivocally love our bodies and reject dieting without ever looking back betrays a misunderstanding of how power works.

According to the Foucauldian picture Morris endorses, our subjectivities are shaped by our practices, including dieting. We can reject dieting but be left with emotions and self-understandings that have been shaped by that practice. This chapter draws attention to the ways fat activism can help reshape these aspects of subjectivity, while highlighting how widespread fatphobia limits such self-transformation. Rachel, a fat-activist performance artist, explains the limits of her work:

I don’t think any of my work makes me feel liberated, because of re-opening that wound. You can make the space as safe as you want but we’ve all got to go outside afterwards and I can’t make outside safe for me or for any of you.

Morris’s discussion underscores the complications of resistance and the importance of a compassionate and nuanced understanding of how deeply many women—not to mention men and non-binary individuals—are affected by diet culture.

Those acquainted with this area of research will find the book’s positions familiar, drawn from feminist and Foucauldian theorists I’ve already mentioned as well as Fat Studies scholars like Samantha Murray. Throughout the book, Morris’s interviews are mainly used to support rather than complicate or develop theoretical claims made by others. Some may hope for more dynamic engagement between theory and empirical work than is offered here. But the value of gathering relevant empirical evidence for theoretical claims should not be underestimated, and many theorists do not have the professional training to do so themselves.

While the book’s interdisciplinary approach and subject will be of interest to scholars in many different fields, I hesitate to recommend the book to those unfamiliar with the literature. The book suffers from poor copy-editing, which at times undermines the readability and reliability of the work. Of particular note are some significant citation issues that those new to the subject may not have the resources to recognise, such as a misquotation of Simone de Beauvoir on page 39.

Overall, though, The Politics of Weight tackles a topic of ongoing importance. Having a nuanced and accurate understanding of how our bodies are shaped in relation to power and diet culture is central to treating ourselves and others with compassion and respect. Such an understanding can also help us recognise what is needed to create the conditions so that knowing better can translate into doing better when it comes to dieting. The Politics of Weight argues for a promising path to this very worthy goal.

Megan Dean –  Hamilton College
Megan Dean is the Chauncey Truax Postdoctoral Fellow and a Visiting Assistant Professor in Philosophy at Hamilton College in New York. Her current research focuses on ethical issues relating to eating, specifically on the ways eating shapes the self and the implications of these self-shaping effects for clinical ethics, diet research, food policy and personal food choice. Dr. Dean received her PhD from the Philosophy Department at Georgetown University, and she has an MA in Philosophy from the University of Alberta.