Since 1984, party elites, both elected and DNC members, have played a role in selecting the Democratic Party’s presidential nominee. While recent years have seen calls to move away from a system that includes those who some accuse of being unelected elites, in new research, Zachary Albert and Raymond La Raja find that voters are actually happy with a mixed system where voters and elites share influence on the choice of nominee.

In August of 2018, the Democratic National Committee agreed to limit the use of superdelegates – unelected and unpledged delegates – in their presidential nomination convention. The move was a victory for Vermont Senator Bernie Sanders’ supporters – who saw these party insiders as undemocratic, out of touch elites – and represented a long-term trend in which the two American political parties have moved toward more populist candidate selection methods. Indeed, the widespread use of primaries to select presidential nominees was itself a reaction to popular protests following the tumultuous 1968 Democratic National Convention. When it comes to nomination reforms, the parties have long responded to those who desire more popular participation (and less elite influence).

At the same time, some political scientists point to the important functions that party elites, such as superdelegates, play in nominating contests. A growing body of research shows that party elites care more about winning elections (and less about ideological principles) than rank-and-file party voters, leading them to select more representative nominees when they are able. These party gatekeepers perform an important role when it comes to identifying consensus candidates that unite the party coalition and preventing demagogues from tarnishing the party brand. Voters, especially those who vote in primaries, do not necessarily have these goals in mind when they choose their party’s nominee.

Missing in this conversation about political reform and scholarly research is an understanding of who voters believe should decide their party’s nominee. When we looked at this question, our results surprised us: we found that Americans are far more open to a mixed system, in which voters and elites share influence, than popular understandings or political reform efforts would lead you to believe. There is, however, a vocal group within both parties – but especially among Republicans – that prefers a populist system in which voters play a decisive role. These populists are very active in politics but also reinforce preexisting participatory and ideological biases. Thus, when parties further democratize their nominating contests they are largely appealing to an unrepresentative faction within their ranks, with important implications for candidate selection and the nature of party coalitions.

Who does the public want to influence nominations?

In our research, we asked 2,000 respondents on the 2018 Cooperative Congressional Election Study to allocate 100 “influence points” to four actors: party voters, independent voters, party elites, and nonpartisan experts. We used these point allocations to classify respondents as pluralists (those who want no single actor to have a majority of influence points), populists (those who want voters to be in a dominant position), and elitists (those who gave a majority of points to elites).

We found that a plurality (roughly 49 percent) of citizens actually hold pluralistic attitudes, wanting voters and elites to share power and neither to dominate when it comes to selecting nominees (see Figure 1). A somewhat smaller group (40 percent) holds populist attitudes, believing voters should have the bulk of power.

Figure 1 – Attitudes regarding primary influence among all respondents and primary voters.

Even among these populists, however, there is a widespread acknowledgement that elites should play some role: only 14 percent of the public wants voters alone to decide, and an even smaller 6 percent wants party voters to have all the influence. And even when we look only at primary voters – who presumably would be most populist in their preferences – respondents expressing populist attitudes are still less than a majority (46 percent). In other words, we found far more variation in attitudes – and far more openness to elite influence in nomination contests – than contemporary debates tend to acknowledge.

Who are the populists?

While populists are not in the majority, recent reforms have largely catered to their preferences, so it is important to understand who these people are and what they want from politics. Compared with the American public, populists are more likely to be older, white, and male; highly interested, knowledgeable, and involved in politics; and strong partisans and ideologues. There are also party asymmetries: Republicans are more likely to hold populist attitudes while Democrats are more pluralistic, reflecting an innate pluralism in the more diverse, interest-based Democratic Party.

However, by far the most important predictor of attitudes has to do with respondents’ ideological perceptions. This stark effect can be seen in Figure 2, which shows the predicted probability of a citizen having elitist, pluralist, or populist attitudes based on their ideological “distance” from their party. That is to say, we ask respondents to tell us how distant they see their party relative to their own political views. Put simply, those who view their party as “too moderate” are far more likely to hold populist attitudes about the nomination process, while those who perceive their party as being “close” to their own ideology are more likely to be pluralists.

Partisan populists also differ when it comes to why they want to have a strong say in candidate selection. For Democrats, populists are far more interested in preventing their party leaders from influencing primaries, which may reflect historical opposition to partisan hierarchies, at least since the 1968 convention. Republican populists, on the other hand, tend to be less open to compromise than their pluralist counterparts, using primaries to select ideologically pure candidates who will “stick to their guns”.

Our findings have important implications for efforts to reform the nomination process and who has the power within the party. While increased citizen participation and influence may be good in principle, absent other reforms that reduce participatory distortions, there is a high likelihood that the vacuum created by lessened elite influence in nominations will be filled by an unrepresentative group of ideological extremists and partisan activists. These populists are not in the majority, but reform efforts largely appeal to their preferences because they are active and vocal in politics. The remainder of the public prefers a mixed system in which voters and elites work together to decide the party’s nominee (pluralists), or even a system where elites perform most of this task on their own (elitists).

As a result, the current system opens up the possibility that candidates will win without adequate vetting by party professionals, leading to the nomination of ideologues, inexperienced candidates and demagogues that appeal to narrow factions within their party. It appears that Donald Trump walked this populist path in 2016, while in 2020 voters within the more pluralistic Democratic Party responded to elite signaling and settled behind Joe Biden, arguably the party-preferred candidate. There is no guarantee that either of these trends continue in the future, but further democratizing reforms to the nominating system will advantage populists, and populist candidates, within both parties.

Raymond La Raja – UMass Amherst
Raymond J. La Raja is Associate Dean at the College of Social and Behavioral Sciences at the University of Massachusetts-Amherst, professor in political science and associate director of the UMass Poll.  He is co-author of Race, Class and Representation in Local Politics (Cambridge University Press 2020) and Campaign Finance and Political Polarization: When Purists Prevail (U. Michigan Press 2015).

Posted In: 2020 Primary Primers | Elections and party politics across the US | Ray La Raja | Zachary Albert 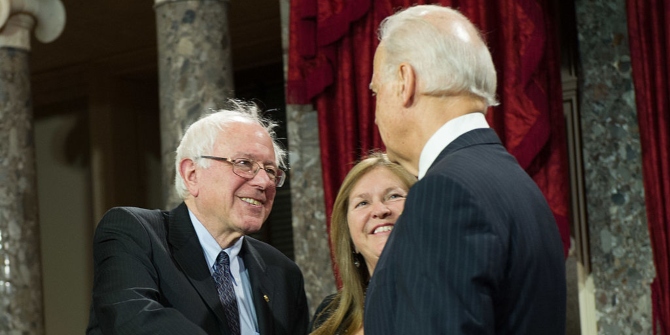 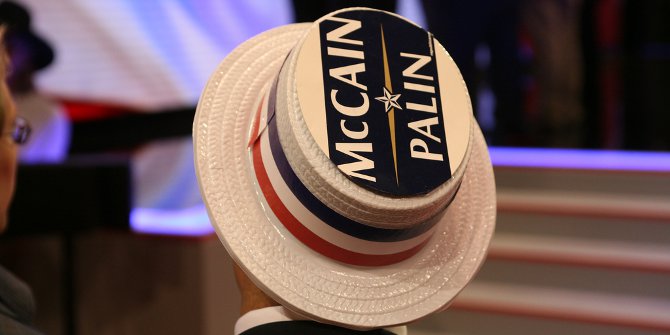