In Radical Organisation Development, Mark Cole offers a new critical account which dissects mainstream approaches to organisation development (the practice of systemic organisational change and development) and proposes a radical alternative to replace them. While unconvinced of its capacity to persuade all readers, Richard Cotter nonetheless recommends that OD practitioners read the book to engage with its important and stimulating content. 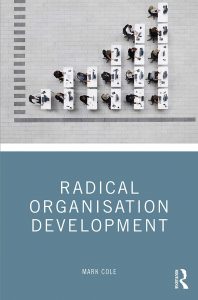 Inspired by reading Michel Foucault during his doctoral studies, Mark Cole would now enlighten others. The would-be illuminated are organisation development (OD) practitioners who, like him, have grown ‘weary of the way in which OD is practised in most instances today’ (9). If recursive debates about the relevance, influence and impact of OD are a measure, the size of this cohort could be substantial. Cole offers them Radical Organisation Development (hereafter Radical OD): a critical monograph which dissects mainstream OD (the practice of systemic organisational change and development) and proposes a radical alternative to replace it.

Cole wants ‘not to persuade but to provoke’ (13), but as one reads on, this becomes increasingly less credible: not because he can’t be believed, but because his book is clearly a manifesto for practical change. His concern is ‘how we might rethink [OD] practice so that it has far greater radical impact’ (36). Like any critique which wants to preach beyond its own choir, Radical OD is in the business of persuasion. It is reviewed here on that basis: has Cole made a persuasive argument for Radical OD’s adoption by practitioners?

Cole begins by explaining the background to his critical epiphany, which stemmed from ‘a very individual crisis’ (11). Where he used to believe OD was a humanising force for good, now he sees it as an unwitting enabler of that ‘harsh, unequal and contentious realm’ (11) that is the capitalist workplace. OD is ‘cosmetic shrouding’ (142) for the unpalatable truth that, although it espouses the empowerment and democratic inclusion of employees, in reality, because it leaves power relations untouched, nothing really changes. Practising Radical OD, however, would be authentic, revealing these fictions and ‘liberating the workforce in and of itself’ (66). This will be immediately recognisable to those familiar with critical management studies. Cole is mapping this onto OD, which is welcome: OD lacks critical voices and suffers from an excess of homely insularity which shields it from external critique. 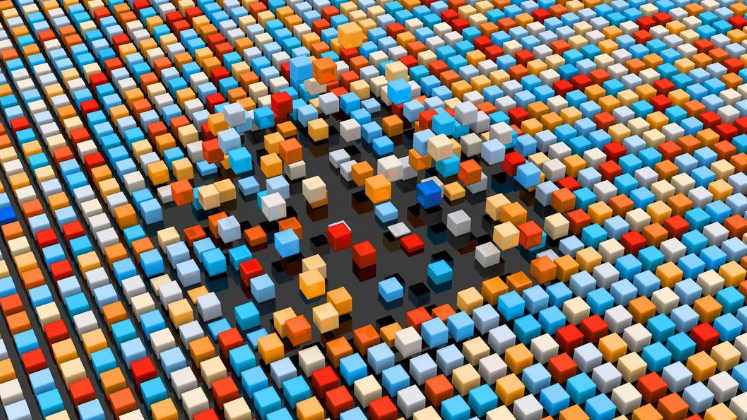 The second chapter summarises Foucault’s theory of power and his genealogical method. For Cole, this lens reveals aspects of OD which ‘are ordinarily so commonplace that they cannot even be perceived’ (37). OD can be saved from its role as the handmaiden of corrupt capitalism if it sees itself better and becomes more critically oriented.

Chapter Three presents a genealogy of the organisationally developed workplace, which denies naïve, progressivist accounts of its evolution. Contemporary workplaces are interpreted less as ever-improving examples of a linear process of liberal betterment, and more as the product of a bait and switch by capital: duped by human relations theories which feign inclusion and proselytise ‘voice’ and ‘engagement’, employees think they are empowered, but the power imbalance between capital and labour is unequal and exploitative, concealed behind a veil of faux-humanism and the discourse of corporate rebellion. ‘The real underpinnings of the workplace’ (70) lie hidden. Lift the veil and the true face is revealed; now the workforce can be authentically liberated. This thesis depends heavily on the notion of false consciousness. For how can there be a more authentic, Radical OD, unknown and un-practised, unless a deceiving one exists, masquerading in its stead? Aiding and abetting this are OD professionals whose humanising methods infantilise, though they may be animated by a ‘noble ambition’ (53).

This is a bleak and ideologically reified view of the workplace. Is every workplace and OD team like this? Cole assumes most are. He offers no way to judge, but deterministically casts suspicion. Everyone is either sleepwalking or consciously colluding with the evil forces of capital. We get the benefit of the doubt; he suggests it’s the former. But whilst being labelled a sleepwalker may be less damning than being condemned as a conscious colluder, is it more or less likely to persuade practitioners to join Cole’s Radical OD project? I would argue less.

Chapter Four asks ‘What does OD achieve?’ Its purpose, we are reminded, is ‘supporting capitalist organisations to become more ‘‘effective’” (74), meaning more productive and profitable. This is a bad thing, we are invited to infer, made worse because OD practitioners cloak it in a humanist dressing. Through Cole’s Foucauldian lens, all is disguised exploitation lacquered in ‘OD gloss’ (77). No harmony is possible between the binary of capitalist/worker. OD appears to straddle these two political-economic opposites, but in reality ‘corporations embrace the practice of OD […] because it supports a liberal illusion of what it is to be an employee in capitalist society while guaranteeing their exploitation through ideas of engagement and autonomy’ (75).

Is this right and does it matter? If you want to persuade others, yes. Much empirical nuance is discarded by the chop logic Cole employs and his case suffers for it. To be fair, he often supports his claims with experiential anecdotes: for example, when he scrutinises his role in operating an engagement survey, which in hindsight was inauthentic and ritualistic (6); or when he admits to feelings of ‘betrayal and loss’ (130) when an initiative involving employees in a culture change programme fails. The problem is, having nailed his colours to the ideological mast, we know in advance how Cole’s interpretations of these vignettes will go. As a result, they lose much of their power to influence. And influencing is what Cole intends: radical agendas are set forth in the hope that they will succeed, even if the odds may be stacked against them.

Cole does do a good job of critiquing some contemporary OD developments. Recent approaches like Dialogic OD are unpacked and found wanting. Wellbeing efforts, ubiquitous now in modern life and organisations, are charged with making employees ‘do additional work in order to find the personal resources necessary to do the intense amount of work that they are being compelled to do’ (83). He makes other astute observations too. For example, his critique of reifying approaches to culture change, which neglect the anthropological reality that ‘culture changes not through grand programmes to reboot it, but through the minute actions and interrelations that make up the organisation’ (128).  His key claim that power is insufficiently acknowledged within OD is also correct and important to acknowledge. His reasons for why this is and what to do about it, is where others may diverge.

In the final two chapters Cole synthesises his arguments and makes action prescriptions. What he’s asking of OD practitioners can be summarised as follows: expose and subvert power relations; reorient their practice; deconstruct dominant discourses; abandon the conceit of objective diagnosis; and commit to speaking truth-to-power in the service of a just social and business agenda. These are tall and risky orders and it is not clear what they actually mean. How, for example, are OD professionals to ‘strike out as pioneers’, defining what they do more ‘anarchically’ (144); ‘assume [the] enlightened position’ (150); or ‘focus on [their] very being’ in order to ‘disturb the discourse, reveal the fictions’ (188)?

These quotes are not pulled out of context. Vague injunctions like this shower the final chapters. But Cole never really asks or seriously attempts to answer why OD practitioners should do any of them, especially given the risks involved. Presumably they are aimed at those who find his argument persuasive and want to practise OD more radically, or those who were critically inclined already, just lacking in tangible ways to express this. Radical OD will speak to these cohorts most powerfully. Indeed, they may feel it’s the book they’ve been waiting for.

As for the rest of us? It depends. I found the book stimulating but unpersuasive. In my view, OD needs to become more politically realist, not more radical. This means OD practitioners need to see change as a process of patient, often banal, political negotiation amongst plural stakeholders with both common and divergent interests, rather than the ‘radical and profound’ (209) shift Cole prescribes. To borrow Max Weber’s term, OD work resembles ‘a strong and slow boring of hard boards’; one digs in for the long haul; impact is hard-won, but can also be substantive and lasting if done well. But Radical OD is Cole’s personal testament and guide for the OD future. It contains some important, even courageous, content. OD practitioners should read it, if only to broaden their minds.

Richard Cotter
Richard Cotter is an experienced OD practitioner and researcher. He holds a PhD in Management Learning from Maynooth University.