This past weekend, President Trump announced that US circuit court judge, Amy Coney Barrett, would be his nominee to replace Ruth Bader Ginsburg on the US Supreme Court. In this Q&A Julie Norman writes that Coney Barrett’s stances on most issues would shift the Court into a solid conservative majority, which would likely have serious implications for the Affordable Care Act, abortion rights, and even the 2020 election, if the results are contested.

Who is Amy Coney Barrett, and why is she controversial?

Amy Coney Barrett, who was nominated to the Supreme Court by President Trump on 26 September, was a long-time law professor at the University of Notre Dame, who has served as a federal judge on the Chicago-based 7th circuit court since 2017. Short-listed for the Supreme Court nomination in 2018 that ultimately went to Brett Kavanaugh, Barrett is a long-time favourite of President Trump. But she also appeals to conservatives more broadly. A former clerk for the late Supreme Court Justice Antonin Scalia and a member of the Federalist Society, she is committed to an originalist approach to constitutional interpretation, as well as bringing a conservative stance on most key issues.

While liberals may disagree with her positions, they will be hard-pressed to challenge her credentials and “remarkable intellect and character,” as described in a letter of endorsement from Ruth Bader Ginsburg’s clerks in Barrett’s contentious 2017 confirmation. Rather than personal criticisms, we can expect Democrats to focus this time on the potential impact of Barrett as a replacement for Ginsburg on issues like health care and abortion, while continuing to emphasize the controversy around the rushed nomination process with just over a month before the election.

Now that Trump’s nomination of Barrett is official, the process moves to the Senate. The Senate Judiciary Committee, comprised of 22 Republicans and 20 Democrats and headed by Senator Lindsey Graham (R-SC), will first vet the nominee’s credentials and background, hold an initial hearing, and hold a committee vote. The process then moves to the full Senate for a debate on the Senate floor and a final vote with a simple 51-vote majority required. (Republicans currently hold an effective 53-47 majority.) Graham has indicated the committee hearing could start as soon as October 12, with a full Senate vote by the end of the month. Democrats are considering a range of procedural moves to try to delay the process, but they don’t have much leverage to postpone the proceedings significantly.

Assuming Barrett’s confirmation, the court will shift notably from a long-standing 5-4 slim conservative majority to a solid 6-3 majority. Under the 5-4 majority, the relative balance meant that neither ideological bloc could dominate, as a potential swing vote from any one member (most notably Chief Justice John Roberts in recent years) could shift rulings, leading to more compromise decisions and narrower opinions. In contrast, with a 6-3 majority, a conservative bloc would have a significant cushion in which they could afford to lose one member and still come out with a majority. Crucially, a 6-3 majority also makes it more likely that the court will take up controversial issues that they might have avoided previously.

What issues are at stake?

A 6-3 court could choose to take up a range of issues, including affirmative action, gun rights, voting rights, and immigration. Most immediately, the Affordable Care Act (ACA), which has extended health insurance to millions of Americans, is set to come before the court shortly after the election in California v. Texas. Although the ACA has survived two previous constitutional challenges, a 6-3 conservative majority could be persuaded by the Trump administration’s argument that the ACA’s minimum coverage provision is unconstitutional and that therefore the law should be thrown out.

As a vocal pro-life adherent, Barrett’s nomination has re-focused attention on the possibility of the court overturning Roe v. Wade (1973), the landmark case affirming abortion rights. In reality, the rights afforded by Roe have been constricted by a series of cases over the past decades, and a 6-3 court, rather than upending Roe completely, would be more likely to weaken it by approving further restrictions. In addition, reproductive rights could also come before the court again in the context of access to birth control under the ACA.

How will this affect the election?

With the nomination process set to stretch through October, Trump will benefit immediately by the news cycle moving at least partially off the pandemic, an issue on which his approval ratings have remained low, and also away from the recent reports of his tax returns. By bringing core issues back in to the race, Republicans will try to use the Supreme Court nomination to appeal to mainstream conservative voters who, while perhaps turned off by Trump’s rhetoric, may look favourably on the appointment of a justice committed to conservative positions and values. The Trump campaign will also hope that the nomination of a female justice will improve his standing with women voters, with Biden holding a 65 to 34 percent advantage over Trump with likely female voters.

Democrats meanwhile hope that the nomination will energise voters who care about the key issues likely to come before the court, as well as those who disapprove of the rushed nomination process, framing it as a threat to democracy, and highlighting the GOP’s hypocrisy. Democrats smashed small-donor fundraising records following Ginsburg’s death, with citizens giving money to support not only the presidential race, but to key Senate races as well.

What will happen if the election results end up going to the Supreme Court?

While this is an unlikely scenario, it is possible, especially given Trump’s recent refusals to agree to a peaceful transfer of power. In that case, 3 of the 9 justices would be direct Trump appointees, and even with Democrats pushing for Barrett, if confirmed, to recuse herself from election result challenges, Trump would still have an edge. However, Chief Justice Roberts has been committed to the court remaining impartial and non-partisan, an approach he carried through the impeachment proceedings, and he would most likely resist the court appearing as a political tool in a contested election. 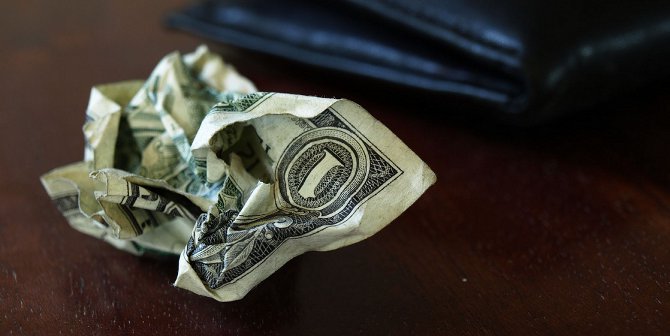 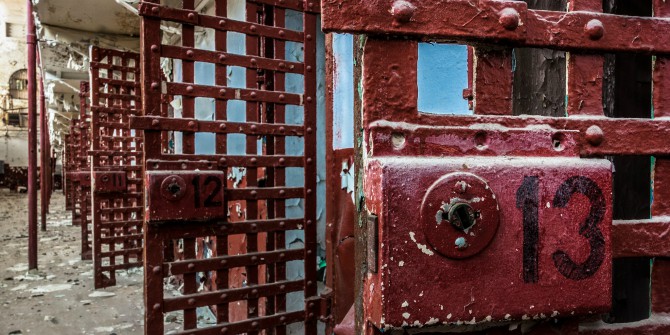 In Tennessee, crime really does pay – for private prison providers.