After a year of coping with the COVID-19 pandemic, widespread vaccination programs may signal that its end is in sight for many countries. But, writes Vicente Navarro, the pandemic could have been resolved much more quickly, vaccine shortages avoided, and fewer lives lost to COVID-19, had national governments not only financed vaccine development, but taken on its production as well. By guaranteeing pharmaceutical companies the intellectual property rights to vaccines, he argues, governments have prolonged the pandemic.

We are immersed in one of the greatest social and economic crises the world has ever experienced. The scientific evidence for this is overwhelming: indicator after indicator (from increasing mortality to growing poverty and unemployment) demonstrates the enormous pain and suffering that the COVID-19 pandemic is causing. The levels of exhaustion, frustration and anger that the majority of the population is reaching in most countries on both sides of the North Atlantic are of great concern to both the economic and financial establishments, as well as to the political and media institutions that are close to them in each country.

What they are not talking about in debates on the pandemic

For the past year, there has been a great deal of debate and discussion around how to respond to this pandemic. This debate is starting to touch on issues that were until now untouchable. Particularly, one fact which has been little addressed thus far: we already know how to control, contain and thus overcome the pandemic. We have the scientific knowledge and resources to solve some of the biggest problems and prevent many deaths. Moreover, we know how the pandemic could be controlled enough to restore some degree of normality; modern science knows how the pandemic could be resolved. I am not only referring to virological and epidemiological science and other basic sciences in public health, but also to applied sciences, such as the social and economic sciences.

We know, for example, that there can be no economic recovery without first containing the pandemic. Ignoring the latter to fix the former, as the Trump administration did, has led us to an economic, social and health disaster. There is lots of data demonstrating how ignoring this reality is a big mistake. Now, you may ask: if we know how to control the pandemic and have the resources to do so, why isn’t it being done? And another question that derives from the previous is: why are the media not reporting on it nor governments acting on it?

The deafening silence on why the solvable is not solved.

The answer to the last question is easy and has to do with the dominant ideology and culture in these countries, which makes it difficult to go beyond what powerful and established narratives allow us to consider. One of these obstacles is, for example, the sacrosanct “dogma of private property”, which is considered fundamental for the survival of our current social order, and which is also marked by another dogma, that of the also sacrosanct “laws of the market” as the best system for allocating resources. These dogmas govern the behavior of the political and media establishments in most of the major countries on both sides of the North Atlantic and have played an essential role in hindering the control of the pandemic.

A clear example: Why there is a shortage of vaccines

As I indicated in a recent article in Spanish for Público the biggest problem that exists in controlling the pandemic is the lack of vaccines, a shortage that even exists in the countries that are considered rich on both sides of the North Atlantic. This is absurd, since the rich countries (and, by the way, a large number of poor countries) have the resources to produce such vaccines. In fact, the development of the most essential part in the production of the most successful vaccines (Pfizer and Moderna) has been done with public funds, in public institutions, in rich countries (especially in the US and Germany). This is acknowledged by none other than the Director General of the International Federation of Pharmaceutical Manufacturers, Thomas Cueni, in a  New York Times article, stated that:

it is true that without public funds from agencies [public institutions of the US federal government] like the U.S. Biomedical Advanced Research and Development Authority or from the German Federal Ministry of Education and Research, the global pharmaceutical companies would not have been able to develop covid-19 vaccines and do it so fast.

Cueni could have added that this is also the case with most large vaccines that have been in production for many years (see the article cited above for the millions of public dollars and euros invested). The fundamental part in the development of any vaccine is basic knowledge, which is usually researched in public or publicly funded health and health research centers. The pharmaceutical industry, which would not be able to develop vaccines without this basic knowledge, uses this knowledge to advance in its applied dimension, i.e. the production of vaccines. But what the Director General of this international federation forgets to mention is that, in addition to using the basic knowledge that these countries have financed, these same countries offer the pharmaceutical companies a large bonus, by guaranteeing them a monopoly on the sale of the product for many years – as many as twenty – thus ensuring them significant profits.

Therein lies the origin of the vaccine shortage. It is as simple as this: intellectual property, guaranteed by the State and by the laws of international trade and its agents, is what creates an artificial “shortage” of vaccines, which generates astronomical profits at the cost of not having enough vaccines to alleviate the serious consequences of the pandemic and prevent the death of millions of people.

What could be done?

The most logical thing would be, as Dean Baker (the Center for Economic and Policy Research Senior Economist who has analyzed the international pharmaceutical industry with the greatest detail, rigor and critical sense) has proposed, that the countries that have already publicly financed basic knowledge should expand their intervention to include, in addition to basic knowledge, applied knowledge: producing vaccines themselves, which would be much cheaper (since the enormous corporate profits would not have to be included in the production costs).

And the reader may ask: why not do what seems logical? Because of the enormous political and media power that the pharmaceutical industry has at both national and international levels. Dean Baker has documented the nature of these connections very well. In fact, there is a widespread view among a large number of public health experts in the US that the legitimate aim of the private business world to have the optimization of its economic profits as its main objective should be limited or even rejected in public policies that aim to optimize health and minimize mortality. This perception comes from the fact that the US experience has clearly illustrated that the privatization of healthcare, managed by for-profit companies, leads to an enormous conflict between business objectives and the quality and safety of services. The US is the country with the highest (mostly private) healthcare spending, yet also has the most people dissatisfied with the care they receive, with 32 percent of the terminally ill population worried about how their relatives will pay for their medical care. Profit rate optimization is an insufficient principle and incredibly dangerous to the health of the population (vaccine shortages are a case in point).

Photo by Mat Napo on Unsplash

The language constantly used by the authorities who are imposing enormous sacrifices on the population is the language of war. We are fighting, we are told, “a war against the virus”. In reality, in the US the number of deaths caused by COVID-19 is greater than the number of deaths caused by World War I, plus World War II, plus the Vietnam War. What happens is that those who talk like this do not believe it. It is a resource they use to force control of the population’s movements (which seems logical and reasonable to me), but, on the other hand, they continue to meticulously preserve the liberal dogmas of private property and market laws, dogmas set to one side in the past during situations of real war. How can it be justified that the rulers of the European Union (EU) institutions (most of which are conservative and liberal) respect the intellectual property of the pharmaceutical companies that have produced the vaccine against the coronavirus?

During World War II, all industrial production was oriented towards the manufacture of the necessary war material. Why is the same not being done now? If mass production of such vaccines were forced by pharmaceutical companies in all countries or groups of countries, the population not only of the rich countries, but of the whole world, could be vaccinated quickly. As was predictable, the European Union, from its Parliament to the European Commission and its other governing bodies (mostly governed by conservative and liberal parties), has opposed this, as it is captive to its dogmas, which have already proven to be flawed during the neoliberal period and which, despite their great failure, continue to be dominant in the political-media establishments on both sides of the North Atlantic.

In the US, by contrast, the new federal administration of Joe Biden, under pressure from the scientific community (and from the progressive forces led by Vermont Senator Bernie Sanders), has invoked the Defense Production Act (passed by President Harry Truman), which obliges industry to put itself at the service of the country’s defense to produce the material necessary to prevent and control the pandemic. The justification for using such a law is that the common good has to be above all private interests, requiring the pharmaceutical industry to put the common good before its private interests. The same is true for other products such as special syringes and more. It would be good if the same thing happened in Europe. If it can be done, it should be done. 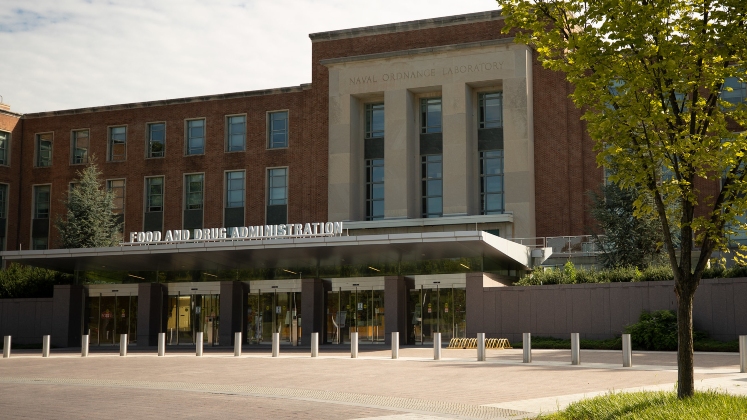 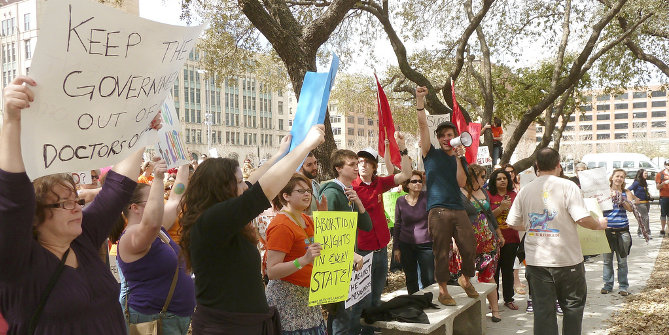 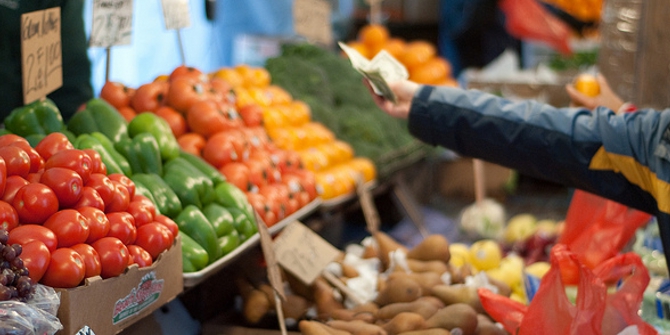 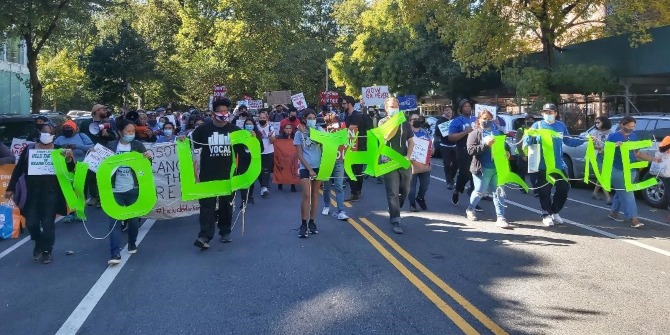