Inflation is back. Although rates are expected to recede during 2022, write Martin Pažický and Juraj Falath, there is considerable uncertainty and the Fed needs to act now to avoid having to reverse course later.

Sustained high inflation is mixed news for debts. A moderate amount of inflation above target could help wipe out some of the record government debt burden and allow countries to consolidate. However, if inflation gets out of control and central banks have to slam on the brakes by sharply raising rates, those record debt levels will hurt much more. Furthermore, suppressing economic activity too sharply could spur another recession.

Inflation soared because of COVID

To understand whether we should panic about inflation, we need a deeper discussion of the current sources of inflationary pressures. In principle, the only source of inflation that should spur a contractionary macroeconomic policy response (either monetary by higher interest rates, or fiscal by smaller budget deficits) is inflation driven by the labour market. When workers have enough bargaining power to secure a pay rise that outpaces the long-term potential of the economy, there is a risk of “overheating”. Only this situation, where wage growth runs ahead of productivity growth, should lead to macroeconomic policy intervention. Other supply-related sources of inflation (for example, commodity prices) are volatile and driven primarily by global markets. These inflationary pressures are not the result of overheating and are far more likely to be temporary.

At the beginning of 2021, the main factors driving the rise in inflation were energy prices and factors associated with the reopening of the US economy. Both are usually temporary. Since the second quarter of 2021, however, the rise in CPI inflation has been increasingly driven by rises in the prices of core goods not related to reopening (Figure 1, green columns). This might indicate that inflation is growing more persistent.

The world is currently facing the most severe energy shock in recent decades. The prices of gas and electricity have reached record highs. Partly, this can be seen as compensation for exceptional price falls in 2020, when many factories were forced to halt production. Lifting restrictions boosted demand for commodities, which has resulted in rising energy prices. More expensive emission allowances, representing a form of green tax, have also contributed. As winter sets in, the demand for natural gas and oil is rising. Since stocks are limited, the severity of the situation will depend on how low temperatures drop.

The second big contributor to headline inflation has been what we refer to as reopening factors. As social distancing has eased, demand has rebounded in contact-sensitive sectors such as vehicle purchases, transport, recreation and culture, holidays and restaurants. Production capacities struggled to meet this pent-up demand and process accumulated orders, creating upward pressure on prices. Reopening created inflationary pressures from the supply as well as the demand side. A lack of key components in the car industry, along with expensive energy, caused bottlenecks in production. Some chip producers even diverted deliveries to mobile operators when demand for cars was low. Once it started to recover, the lack of chips available to carmakers pushed vehicle prices up.

Labour markets are much tighter than employment data suggests

To understand the outlook for inflation, we have to look at developments in labour markets. In general, as the economy recovers, the unemployment rate falls. Growing labour demand then gives workers more bargaining power to negotiate higher wages. Their success in doing so will influence inflation, since these increased labour costs may be passed on in the price of products. This can create a vicious price-wage spiral.

More people decided to stay in retirement, probably due to health concerns or revisiting life priorities

Although there are 4.7 million fewer employed workers in the US than before the pandemic, the labour market is much tighter than it seems. With unemployment at 4.2 per cent, there is still room to go to reach the pre-pandemic historical low of 3.5 per cent. Most of the tightness is caused by decreased participation. Generous fiscal grants such as childcare benefits or direct cheques to American families made it easier for some people to retire early or take a temporary break from work. However, much of the drop in the participation rate happened due to fewer previously retired people returning to the workforce. More of those people decided to stay in retirement, probably due to health concerns or revisiting life priorities. Jobs are plentiful, with openings reaching 10.4 million in September. Combined with the historically high number of Americans voluntarily quitting their jobs, this points to strong job market confidence and hence tight labour markets. Wage inflation will probably continue as companies scramble for workers who have their pick of jobs.

In the long run, the highest sustainable pace of wage growth is equal to the central bank’s inflation target (2 per cent in the US) plus potential productivity growth. Given that this rate is likely around 1.5 per cent in the US, nominal wages can rise by approximately 3.5 per cent year-on-year without worries about inflation pushing over the target. The average hourly earnings of US employees reached 4.9 per cent year-on-year in October, reflecting the growing ability of workers to demand higher pay. This differs from the past, as wages usually do not start to grow until the end of a recovery. Even more unusually, low-income workers have had the largest wage gains during the recovery. While this is good news, it can also mean slightly more persistent inflation since low-pay workers spend disproportionately on core goods.

Prices are not only a function of the current state of the economy, but depend on what people and firms expect. If people expect higher inflation, they will push for higher wages in the bargaining process. Firms may then attempt to pass it on in the form of higher prices. At times of elevated demand, this is less of a problem for them.

In the short term, financial markets certainly expect elevated levels of inflation. Long term expectations in the US are starting to show small signs of de-anchoring with 5y5y forward swaps exceeding 2.5 per cent (Figure 2). If they remain high or rise even further, the de-anchoring of expectations might have severe consequences.

Source: Bloomberg. Note: The 5y5y Forward swap rate is a measure of average expected inflation for five years starting in five years’ time. The 1y inflation swap is a contract between two counterparties used to transfer inflation risk. One party pays the actual inflation rate and the other party pays fixed rate thus getting rid of inflation risk.

When the severity of the problem and the desired policy reaction to it depends on the drivers of inflation and tail risks, median inflation forecasts can be of limited use. A deeper look at expectations shows there is still a small (though non-negligible) chance of average inflation exceeding 4 per cent for the next five years (Figure 3, red area). However, the markets still believe that the most probable scenario is inflation of between 2.5-4 percent on average for the next five years (Figure 3, dark yellow area). This could cause the Fed to slam on the brakes later in an effort to suppress inflation. The notion that the Fed might have made a policy mistake in pursuing such a loose policy is also supported by the flattening of the yield curve. Although markets expect some interest hikes in the near future, a rate reversal afterwards suggests that the return to neutral rates will not be smooth.

The Fed is on the brink of a policy mistake

Given the specific nature of the crisis and the fact that inflationary pressures are coming mainly from the supply side, the inflation surge is in line with most economic theories. The key question that central banks are now facing is whether higher inflation is going to become entrenched. This may happen if employees continue to secure higher wages. Another reason why inflation may become entrenched is the de-anchoring of inflation expectations from the central bank target. A popular view is that if inflation is caused by temporary factors, it cannot last for an extended period of time. These two mechanisms, however, question this assumption. Neither may be easily fixable, and each may require central banks to reverse their policy stance. The biggest risk right now is not hyperinflation, but longer-lasting elevated inflation.

Huge amounts of fiscal stimulus, especially in the form of generous unemployment benefits and cheques for the low- and middle-income classes, have sown the seeds of inflation. Accumulated savings have been further inflated by record returns in revived stock markets, which benefited US citizens in particular. Combined with pent-up demand, this is likely to put upward pressure on prices in the near future.

Should we then reject Joe Biden’s Build Back Better plan because it will add even more oil to the fire of inflation? Not necessarily. For once, the large chunk of the bill is designed to improve labour market participation by providing childcare for working families. One of the main worries about current inflation could thus be alleviated by making it easier for people to return to the workforce, which will ease labour shortages.

The central bank has limited options. The Fed cannot manufacture missing semiconductors, mine more oil or build faster ships to speed up deliveries. Dampening pent-up demand might be the way to go. However, the Fed’s dual mandate complicates this, since the US is far from full employment, its self-imposed threshold for removing stimulus. Furthermore, after the last strategy review, full employment should also be inclusive. As Hispanic and Black minorities have been disproportionately affected by the COVID recession, this condition will not be met soon.

In our view, the real risk of inflation becoming entrenched outweighs the fact that the US is still not at full employment. This is a unique opportunity for fiscal and monetary policy to pull together. While the monetary side could stop injecting abundant liquidity into the system and thereby mute demand, the fiscal side could support workforce participation much more efficiently, helping the Fed achieve its full employment goal.

The bottom line is that the Fed’s credibility will be essential. This starts with open communication and self-reflection. The Fed should be transparent about the reasons it has misanalysed the persistence of inflation, and update its view on the risks ahead. The recent decision to withdraw stimulus faster is a positive step towards regaining credibility and trust that it is capable of addressing inflation. We have seen early signs of self-reflection recently when the Fed withdrew the word “transitory” from its vocabulary, acknowledging inflation as the number one enemy and signalling faster rate hikes. It should, however, do more now to avoid having to slam on the brakes later.

Note: The post gives the views of its authors, and not those of the Ministry of Finance of the Slovak Republic, the National Bank of Slovakia, Comenius University, nor the position USAPP– American Politics and Policy, nor of the London School of Economics. 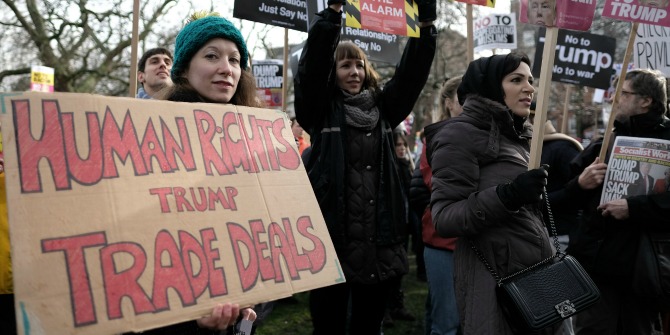 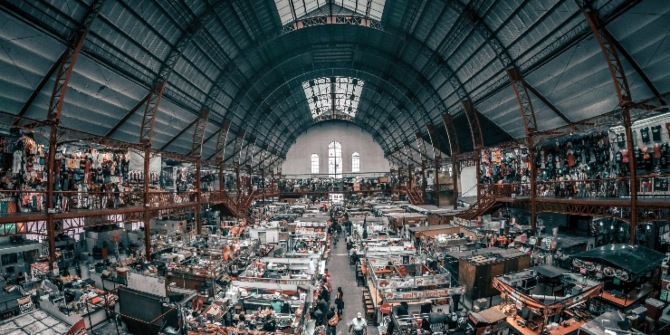 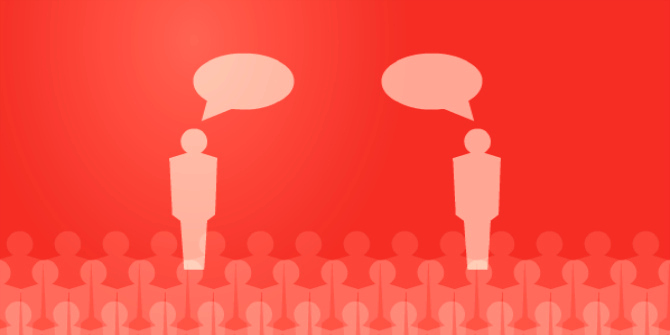 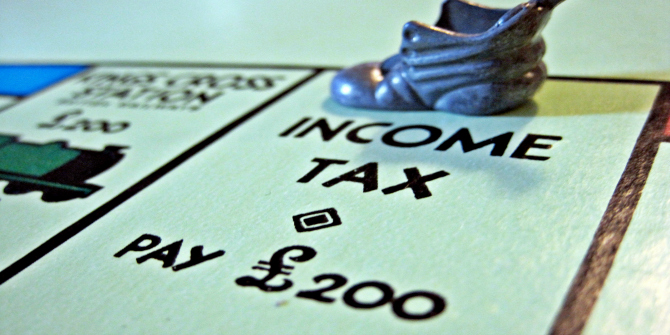