Recent years have seen considerable attacks on democracy in the United States, with Republican led state legislatures targeting the ability of Black people to vote. In this Q&A the Reverend Professor Keith Magee looks at how voting rights in the US became so vulnerable, and how a new 28th Amendment to the US Constitution establishing every American’s right to vote in free, fair, and transparent elections would protect these rights.

Why are equal voting rights so important for the future of the US and for global stability?

As the world veers worryingly towards a situation in which western democracies are pitted against a burgeoning anti-democratic Sino-Russian alliance, it is the worst possible time for US democracy to appear to be in decline. And yet the equal voting rights that should have been enshrined by the 15th Amendment and the 1965 Voting Rights Act, and are fundamental to the functioning of democracy in our country, are still tragically unprotected and under ongoing attack by some of our own citizens.

It’s not just international security that is threatened if democracy is allowed to falter in America. In a concerted effort to stop Black people from voting, several Republican state legislatures are actively targeting flexible voting hours, voter registration and mail-in voting. Such tactics could result in harm to others as well – other minorities, the elderly, the young, and poor Whites in urban and rural areas alike may also see their right to vote stolen from them. This is occurring against a background of deepening polarisation, the 2021 assault on the Capitol building and the enduring potency of Donald Trump’s Big Lie about electoral fraud and the 2020 election. The disenfranchised might soon find themselves watching on, powerless to intervene, as our democratic system is destroyed from within.

We would all do well to remember that the alternative to democracy is autocracy and the loss of the freedoms America fought so hard to win from Britain more than two centuries ago.

How did voting rights become so vulnerable to attack?

The 14th Amendment, ratified in 1868, stated that everyone born or naturalised in the US was a citizen, thus granting citizenship to Black Americans and former slaves for the first time. Two years later, the 15th Amendment prohibited discrimination in voting ‘on account of race, color, or previous condition of servitude’, theoretically giving Black men the vote (all women would have to wait for the 19th Amendment of 1920 to be enfranchised). However, this was seen as a step too far by many Southern states. Quick to spot the gaping loophole in the 15th Amendment, they simply brought in “Jim Crow” laws to block Black citizens from voting or even registering to vote. As a result, in some parts of the South hardly any Black people were able to vote until the 1965 Voting Rights Act (VRA) outlawed discriminatory voting practices.

However, at this point a second mistake was made, for the VRA contained its own major flaw. Section 5 was designed to ensure that voting changes in certain covered jurisdictions could not be implemented until preclearance had been obtained from the US Attorney General or the US District Court for the District of Columbia. Although a crucial requirement, this was enacted as mere temporary legislation, due to expire in five years, and applicable only to certain states (in practice, Section 5 has been expanded and regularly renewed ever since). To prevent it from being dismantled, the Voting Rights Act should have been made an amendment to the constitution. The failure to do so resulted in Section 5 being effectively invalidated by the Supreme Court’s Shelby County vs Holder decision in 2013. This completely undermined the VRA, allowing several states to pass sweeping voter suppression laws at the time, followed by many more in recent months.

Photo by Tom Barrett on Unsplash

How can we protect Black Americans’ voting rights?

We can start straight away by providing better civics education in schools. It is vital that children understand their rights and how well – or not – those rights are protected. Our young people need to be familiar with the legislative process and know the difference between an act and a constitutional amendment. (An act is passed by the legislative branch and once signed by the President, becomes law, whereas a constitutional amendment is a change to the constitution that cannot be affected by subsequent court rulings).

We also urgently need to lobby our representatives to pass the voting rights bills currently stuck in Congress – the Freedom to Vote Act and the John Lewis Voting Rights Advancement Act. Although this is going to be extremely difficult to achieve, it is important not to give up, on principle.

However, even if those two bills were to be passed, that would not be enough to protect voting rights and elections long term. As we have seen, an act can be rendered ineffective by a Supreme Court judgement, and the Supreme Court will have a Republican majority for the foreseeable future.

Only a well-crafted amendment to the constitution can provide the guaranteed protection that equal voting rights deserve. We should, therefore, strongly advocate and campaign for a 28th Amendment designed to explicitly affirm and render unassailable every American’s right to vote in free, fair, and transparent elections. The amendment should clearly establish the right to vote without discrimination of any kind, as well as protecting voter registration and the act of voting. It should enshrine the principle of Section 5 of the VRA so no changes to voting laws can be enacted in any state with a history of voting rights violations or discrimination without federal preclearance from a nonpartisan administrative body.

What can African Americans and their allies do to protect their democratic rights?

In addition to lobbying lawmakers to urge them to pass the voting rights bills mentioned above and agitating to demand a 28th Amendment, make it your mission to engage with your fellow citizens. Find a way to have a meaningful, honest exchange with someone who claims to support the Republican Party’s undermining of the electoral process. Appeal to that person’s soul by explaining how suppressing Black voting rights disrupts democracy for all, and the risks to the whole nation of flirting with autocracy. Perhaps put it to them that if local legislatures attempted to circumvent the 19th Amendment to suppress women’s voting rights, nationwide outrage and protest would surely ensue. Yet that very injustice is being experienced right now by Black Americans in states around the US.

Listen attentively too, so that the other person feels heard, however much you may disagree with their views. Seek to find a way forward together if you can. At the very least, aim to recognise and respect each other’s shared humanity and demonstrate empathy. Use whatever medium is available to you (sharing blogs and articles, posting on social media, talking to family and friends) to share as widely as you can what you’ve learned and how it might be possible to help more people to see the importance of equal suffrage. If we all did this regularly, who knows how much cumulative positive change we could generate.

More than anything else, speak out at every opportunity in defence of voting rights for all. Just as in truly democratic elections, every voice counts.

Keith Magee – UCL Institute for Innovation and Public Purpose
The Reverend Professor Keith Magee Th.D., FRHistS, FRSA The Reverend Professor Keith Magee Th.D., FRHistS, FRSA is Visiting Professor of Practice in Cultural Justice at UCL Institute for Innovation and Public Purpose (IIPP). He’s maintained a role as Senior Fellow within UCL Cultural Engagement, where he’s led Black Britain and Beyond a social platform and think-tank. He is also a Fellow at UCL Centre on U.S. Politics (CUSP). Equally, he is Professor of Practice in Social Justice at Newcastle University. Noted a public intellectual, Magee has a professional career of over three decades in public theology, public policy, and political affairs all leading to social justice. The Biden-Harris Administration’s US Ambassador to the Court of St James’s has appointed him to the U.S. – U.K. Fulbright Commission, having served on the Biden 2020 President Campaign’s African American Kitchen Cabinet. Previously, he served as a Senior Religious Affairs Advisor with the Obama-Biden for America in 2008 and 2012. 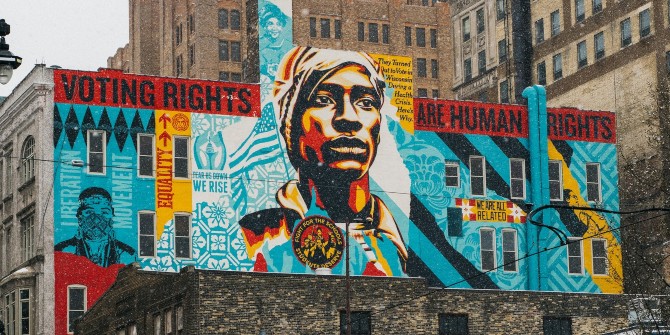 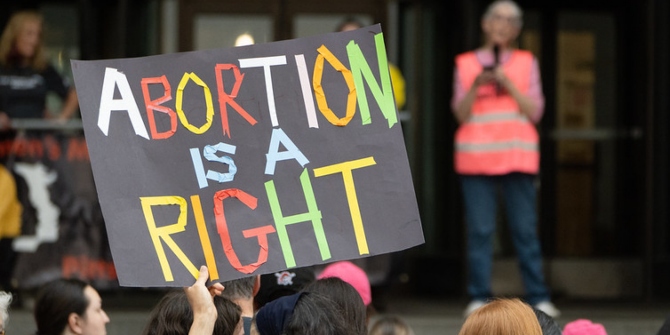