Following Kentucky’s primaries last month, Charles Booker will run for the Democratic Party against the incumbent Republican senator, Rand Paul. Despite Booker’s strong campaigning and given the likely Republican leaning national environment this year, Anne M. Cizmar argues that he and other Democrats are unlikely to fare well in the Bluegrass State in this year’s midterm elections.

As it stands today, Democrats are expected to face heavy losses in the 2022 midterm elections. The state of Kentucky is no exception to this prediction. While much attention is focused on Kentucky’s US Senate race between incumbent Rand Paul and challenger Charles Booker, the Republicans are likely to win this race along with five of the six US House of Representatives seats also up for election.

Kentucky Senate races have garnered attention from across the globe in recent years. The races are high profile because Democrats would like to unseat Senate Republican Leader Mitch McConnell, and Kentucky’s junior senator, Rand Paul. Based on his voting record, Rand Paul, facing re-election in November 2022, is regarded as one of the most conservative senators. He also is no stranger to using the filibuster to block Senate action on legislation or appointment confirmations. He has a high profile, even outside of the state.

Democrats have fielded a strong challenger against Paul. In the primary election on May 17, 2022, Democrats overwhelmingly supported Charles Booker to be Paul’s Democratic challenger in the fall. Booker received 73 percent of the vote, easily beating three other candidates.

Booker is what political scientists refer to as a “quality challenger” because he has held previous elected office. He has served in the Kentucky House of Representatives since 2018 and shown he knows how to win an election. He is also making headlines already with his campaign. In a recent campaign ad, Charles Booker, who is the first Black Kentuckian to win the Democratic Party nomination for US Senate, directly addresses Paul’s record on antilynching legislation. The ad has already garnered considerable media attention.

Paul’s campaign responded to the ad pointing out the incumbent senator’s support of a bipartisan antilynching bill and working to clarify other past controversies about comments Paul made related to the Civil Rights Act and equating universal health care to slavery. Both campaigns have been responding to comments about the ad.

Booker’s campaign emphasizes a “New Deal” frame as well, harkening back to a time when the Democratic Party was popular in Appalachia. He is attempting to tap into the old New Deal Democrat coalition that saw Democratic victories based on economic issues in what are now Republican areas. His message specifically targets “generational poverty,” an issue that can resonate in Kentucky as one of the states with the highest poverty percentage in the nation.

One additional boost to Booker’s campaign is that he will not have to contend with Donald Trump on the ballot. The last time Paul was up for re-election in 2016, Trump was elected and garnered more than 62 percent of the vote in the Bluegrass state. Trump mobilized Republican voters in Kentucky, but he is not on the ballot this time. So far, the state has also not received campaign attention from Trump in this election cycle. 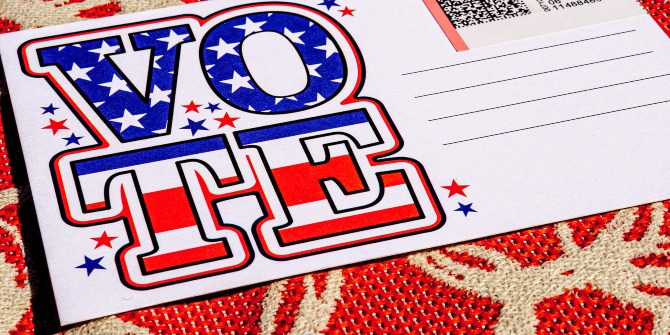 Still, incumbents are overwhelmingly favored to win in US congressional elections in general, and Kentucky in particular is a Republican-leaning state. This points to a likely victory for Paul in November.

The fundamentals of this race are against Democrats. Based on the current political climate—the uncertainty over the war in Ukraine, high inflation, high gas prices, continued supply chain issues, shortages on key products like baby formula, and more—Democrats are looking at a rough 2022 midterm election cycle.

Democrats nationwide may see a boost in midterm support if the leaked Supreme Court decision to overturn Roe v. Wade is verified in the final court decision. The leaked decision, which would permit states to go forward with strict anti-abortion laws, has generated a good deal of Democratic activism. This may help candidates in some states. However, Kentucky is one of the most “pro-life” states in the US and even this issue may not help Democratic candidates in Kentucky.

The same trends also apply to gun control—another issue that has again come to the forefront in the US after the mass shooting at an elementary school in Uvalde, Texas. Voters are divided on gun control attitudes by partisan leanings. In deeply red states, it is likely to be inconsequential to the election outcome.

Based on these fundamentals, five of six House seats in Kentucky will also stay with the Republican Party. Incumbents James Comer, Brett Guthrie, Thomas Massie, Hal Rogers, and Andy Barr are all on track to be easily re-elected to their seats. In the last midterm elections in 2018, every Kentucky US House incumbent was re-elected with at least 62 percent of the vote or more except one. There are no reasons to expect this trend will change.

The only district that was competitive in the last midterm elections—the 6th district with incumbent Andy Barr—has a Democratic candidate on the ballot this time that is not supported by the Kentucky Democratic Party due to his past history of lawsuits and his policy stances. This means Barr should easily win re-election this time.

Yarmuth, the lone Democrat in Kentucky’s congressional delegation, is not seeking re-election to the 3rd district. Democrats are favored to win this open seat race based on the partisan leanings of the district.

Democrats face an uphill battle in the 2022 midterm elections, particularly in the commonwealth of Kentucky. Still, Booker is a formidable and strong challenger in the state’s US Senate election and is already making headlines. This will be a race to watch in November for clues to how both parties are evolving to political changes from Trump and COVID-19.