Donald Trump is back. But his political appeal is shrunken and divided.

Donald Trump is back. But his political appeal is shrunken and divided.

On November 15th, Donald Trump announced his third bid for the US presidency, following his election loss to Joe Biden in 2020. Mark Shanahan argues that while Trump’s early announcement is a deliberate grab for the media’s attention – a strategy which worked for him in 2016 – he still sounds much as he did in 2020. With little new material, he writes, Trump’s 2024 electoral chances risk being grabbed by a new group of high-profile populist Republican governors like Florida’s rising star, Ron DeSantis.

He teased, he trailed, and for months he talked around in circles. But finally Donald J Trump, the 45th president of the United States of America, took to the podium of a function room in his home-come-country-club, Mar-a-Lago last Tuesday night and told the faithful what they wanted to hear: he’s running for the White House again.

The early launch of Trump 3.0, after his successful campaign in 2016 and lack-lustre election failure in 2020 should come as no surprise. Ever since he glided down the escalator in Trump Tower to join a crowd of ‘adoring’, allegedly paid-actors in 2015 to launch his first bid for the White House, Trump has seemingly been in continual campaign mode. It’s what he does best. Though he officially filed his election campaign with the Federal Election Commission on the day of his inauguration in 2017, he opted to officially launch his bid for a second term at ’45 Fest’, a MAGA rally held at Orlando’s Amway Center arena in June 2019. That launch was decried as merely a rehash of the 2016 campaign, and one of Trump’s problems when he launched his third run at the presidency in the much more intimate surroundings of his Mar-a-Lago complex in Florida was that he sounded rather too much like the Trump of 2020.

Once again this wasn’t a political campaign, it was ‘a movement’. Once again, he rambled, reeling off his list of favourite achievements, criticising the country as a ‘nation in decline’ and studiously avoiding talking about the election steal that’s dominated every rally and public appearance he’s made since finally ceding the White House in January 2021. It took 22 minutes for him to actually declare he was seeking office again – and even Fox News cut away from his speech as he continued his greatest hits tour for a further 46 minutes. This was Teleprompter-Trump, and only came to life when he veered off the script to ad-lib. He did very little of this. Instead, a restrained, some might say ‘shackled’ Donald Trump stuck to a script written for him by others. He’s not a great reader, and his delivery was dull and stilted – more (Liz) Trussian than Churchillian in its appeal. But keeping this discipline is his only pathway to victory in a more crowded field strewn with far more hazards than either of his previous campaigns. There are more than 700 days until the 2024 presidential Election. Trump will do well to maintain discipline for seven days. 70 would be a massive stretch; 700 a miracle.

First in the field

So why has Trump launched his campaign so early? For one thing, he’s grabbed the media’s attention. By hitting the trail first, he’s hoping to starve his opponents of the oxygen of publicity as he did particularly well in 2016. Then, Trump’s tweets, his phone calls to Fox and his unscripted rally comments set the tone for the daily media round. Other candidates had to react. While Trump may have anticipated his return to the imploding Twitter platform, its future is far from secure and he seems to be shunning it so far. But with Rupert Murdoch railed against him, accessing the media to make a case that has little new to say won’t be so easy.

Trump also hopes to get ahead of any forthcoming indictments. From illegal business practices in New York, through election official intimidation in Georgia via stealing official White House records to his role in the January 6 insurrection, Trump faces a number of legal challenges. As a candidate, he can claim martyrdom: that the allegations are politically motivated and that he is merely a victim: it’s a line he took at his 2024 launch, and the closest he came to addressing the challenges he faces.

He also hopes to cement his position as the GOP Party Leader. Since winning the 2016 nomination, Trump has owned the Republican Party. He hoped to put the icing on that particularly chewy cake with a slew of wins for Trumped-back candidates in the 2022 Midterms. That did not go to plan. The GOP failed to win back the Senate and will have a thin majority in the House. High-profile Trumped-up candidates such as Mehmet Oz and Blake Masters turned in high-profile failures, while other Trumpians, such as JD Vance pointedly avoided mentioning the 45th president in their valedictory speeches. Trump may actually take some comfort that there are few Congressional figures likely to rise from what’s likely to be a painful 118th US Congress to challenge him for the nomination.

But the real strength of the GOP lies outside Congress at present and in the hands of a high-profile group of state Governors who are likely to offer the strongest challenge to Trump’s run for the Republican nomination. Maryland Governor Larry Hogan’s not a likely presidential candidate, but he summed up mainstream Republican views on Trump stating that it was basically the third election in a row that the former president had ‘cost us the race’. The party is moving on, and many more Republicans are looking to the likes of Virginia’s Glenn Youngkin; Georgia’s Brian Kemp, and most especially Florida’s Ron DeSantis as candidates with the potential to create a real red wave, and not just a few scarlet raindrops.

Two years ago, De Santis was one of Trumps most fervent supporters. But politics moves on swiftly. His 20-point win over Democratic Charlie Crist in the Florida Gubernatorial election has given the populist conservative real momentum. Trump has a massive war chest, but does he have the energy and appetite to beat someone who’s probably a better politician, even if De Santis lacks the ineffable air that enables Trump to connect to his base?

You have only one opportunity to make a first impression. Trump did that in 2016. Trump 3.0 is a re-tread. Perhaps the GOP’s finally ready to turn the page – albeit to De Santis, the Florida neighbour who’s refined Trumpism to a fine, but dark, art.

Mark Shanahan is an Associate Professor of Political Engagement at the University of Surrey. He was previously Head of the Department of Politics &amp; International Relations at the University of Reading, and co-edited ‘The Trump Presidency: from Campaign Trail to World Stage’ in 2018, while his Eisenhower monograph, ‘Eisenhower at the Dawn of the Space Age’ won the PSA’s Richard Neustadt prize in 2017. He is a regular commentator on US politics for, among others, the BBC, CNN, ABC (Australia) and France 24. 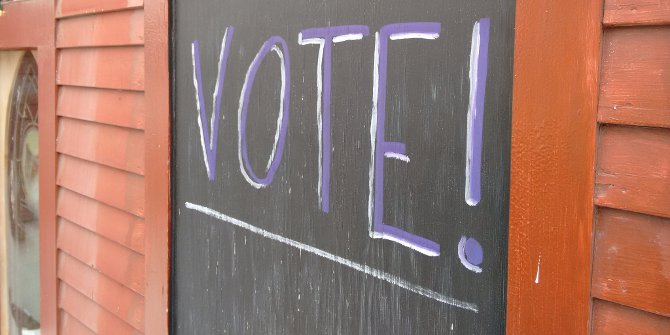 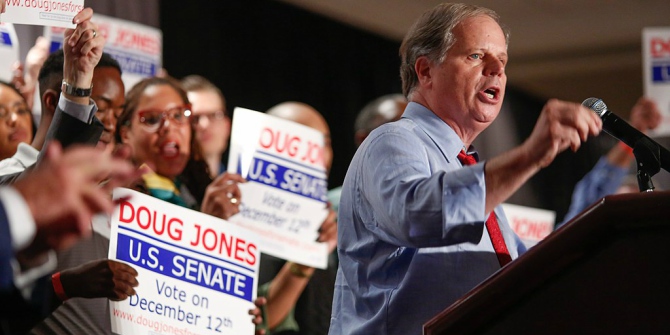 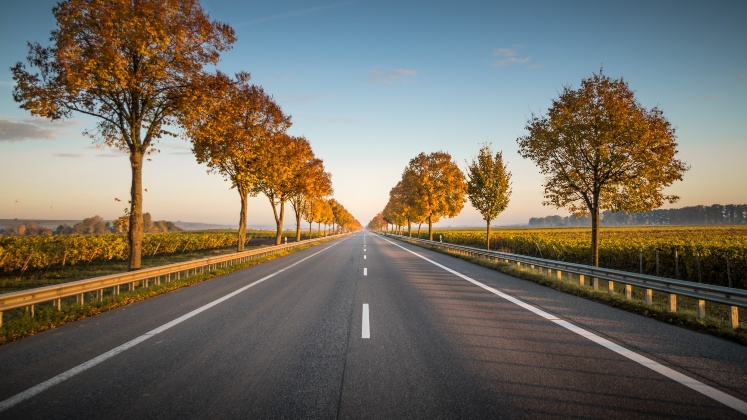 Most Americans are ideologically moderate