In the first in a series exploring the continuum of gender violence across war and peace, Philippa Greer asks us to look beyond sexual violence in conflict by also considering the chronic inequalities of power experienced by Yazidi women before and after ISIS’s genocide against the Yazidis.

“I want to be the last girl in the world with a story like mine.”
Nadia Murad, The Last Girl

Nobel Peace Prize winner Nadia Murad has become a voice for Yazidi women. In the documentary ‘On her Shoulders’, she can be seen rehearsing the harrowing four minutes and 28 seconds of testimony before the UN Security Council that drew the world’s attention to the plight of the Yazidis.

The ethnic cleansing of the Yazidis is now well-known. After Mosul fell to Islamic State of Iraq and Syria (ISIS) in June 2014, ISIS carried out attacks in the Sinjar region in August 2014, initially looking for unmarried Yazidi women and girls aged nine and above. Approximately 6,700 females were forced into domestic and sexual servitude across eastern Syria and western Iraq, while thousands of men and older women were executed. As of November 2017, it was estimated that almost 400,000 Yazidis remained displaced.

UN Security Council Resolution 2379 (2017) enables an independent team to collect and preserve evidence of potential international crimes committed by ISIS in Iraq. It is envisaged that such investigations will facilitate prosecutions, which could include holding ISIS accountable for genocide through international justice mechanisms. Yet the attention of the Women, Peace and Security (WPS) agenda should further extend to the rights of women pre and post-conflict.

ISIS has largely been defeated in Iraq and Syria. Most of the Yazidis who survived and escaped live in camps and temporary accommodation in Iraq’s Kurdish Region, while a small number have received asylum. Yazda Organization highlights that basic needs are not being met, and more than 70 percent of houses have been destroyed. A dire need for reconstruction remains, including infrastructure for potable water, healthcare and education, and for professional medical and psychological help for Yazidi survivors, including those with severe injuries from prolonged sexual violence.

Safe and legal abortion services are not available to those displaced in Iraq, as Iraqi law only permits abortion in cases of medical necessity and not rape. In addition to the provision of post-conflict assistance, including accessible reproductive health services, Yazidi women should be welcomed into the sphere of post-conflict recovery.

The efforts of Vian Dakhil, Iraq’s only Yazidi MP, to help the Yazidis, have made her ISIS’s assassination target. She is also an outlier – Yazidis have historically been under-represented in government positions in Iraq, with female Yazidis in particular typically being absent from public office roles.

Addressing the Yazidis’ lack of access to quality education could assist in promoting opportunities in the governance sphere, in particular for Yazidi women. When ISIS attacked Sinjar in 2014, in some villages it was still considered improper for girls to receive an education. Moreover, for over a year before ISIS invaded Sinjar, displaced Yazidis could not access schools due to conflict and displacement. It was dangerous for girls in particular to make the journey to school under such circumstances. Today, with Sinjar lying in rubble, many Yazidi youths are still denied access to education due to internal displacement.

A 2010 UN factsheet stated that one in five Iraqi women were subject to domestic violence, and a 2012 study found that at least 36% of married women have experienced some form of abuse at the hands of their husbands. Such realities should not be overlooked when addressing the sexual and gender based violence perpetrated by ISIS against Yazidi women.

Further, while there has been media attention on the Yazidi women and girls enslaved by ISIS, there has been little attempt to understand how ISIS’s crimes against women fit into wider attempts to destroy the Yazidi community as a religious minority. The Yazidi people record that since inception, their pre-Judaic group has been subjected to seventy-three genocides.

The use of female voices on the international stage seeking prosecution for ISIS’s crimes is a powerful step forward, yet it is not enough. Prosecuting ISIS alone is similarly insufficient. Women will continue to be at risk while they are unrepresented, unprotected, denied full access to education and unable to meaningfully participate in the peace, security and governance arenas.

The lack of Yazidi representation in governance structures and the historical persecution of the Yazidis as a religious minority illustrates the chronic inequalities of power which persist for the Yazidi community during times of apparent normality.

The Yazidi women and girls held by ISIS are not ‘sex slaves’. They are survivors of a systematic attempt to eradicate an entire people. The incidence of continuing conflict and of violence against Yazidi women and girls, including routine instances of poverty, displacement, domestic violence and inequality must be addressed within the WPS agenda.

Following the capture of Afrin, Syria by the Turkish army and its Arab allies on 18 March 2018, and the resultant occupation of Yazidi villages, it is clear that ISIS’s genocide against the Yazidis forms part of not only a continuum of inequality faced by Yazidi women during times of “uneasy” peace and post-conflict, but also a continuum of persecution, involving the sustained political, economic and social marginalisation of the Yazidi community, as well as their repeated victimisation through consecutive campaigns of ethnic cleansing.

As Teju Cole wrote in 2015, “Not all violence is hot. There’s cold violence, too, which takes its time and finally gets its way.”

Posted In: Continuum of Violence | Sexual Violence in Conflict 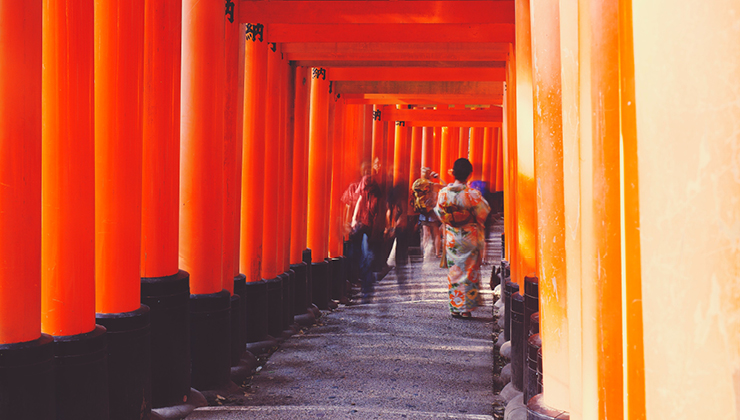 “You want freedom? This is your freedom”: Rape as a Tactic of the Assad Regime – Marie Forestier (3/2017)