Reflecting on the LSE Library exhibition ‘Give Peace a Chance’ and a public conversation with Madeleine Rees and Louise Arimatsu, Christine Chinkin questions the basis on which we talk about war, conflict and women’s experiences. 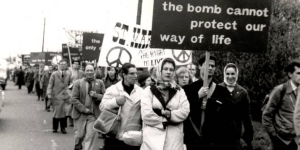 The LSE library currently has an exhibition Give Peace a Chance: From the League of Nations to Greenham Common.  Much of the exhibition traces the history of women’s peace activism from the creation of the Women’s International League of Peace and Freedom (WILPF) in 1915 to the founding of the Campaign for Nuclear Disarmament in 1957 and the establishment of the Greenham Common Peace Camp in the 1980s.

On display are written records, photographs, including of those indomitable women founders of WILPF and items, such as the wire cutters that were used at Greenham.  Inspired by the exhibition, the Feminist International Law of Peace and Security project co-hosted a public event in the form of a conversation between the current Secretary-General of WILPF, Madeleine Rees, Louise Arimatsu and myself. It took place against the backdrop of a picture of the women who convened in The Hague in 1915 to protest against the war, to ask how it could be brought to an end and to share their insight that war could never be made safe for women.

Turning to the picture Madeleine remarked that she was always looking over her shoulder to those amazing and somewhat stern looking women, worrying if she was doing the right thing by them, whether WILPF was realising their intrepid start in  ‘working for peace by non-violent means and promoting political, economic and social justice for all.’ Her comment led us to ask other questions including whether the different lived experiences of men and women in conflict meant that different questions were asked and what important implications followed. For example, in the lead up to World War II Virginia Woolf responded to the question ‘how in your opinion are we to prevent war’ not with an answer, but with another question drawn from women’s lived experience: ‘Why fight?’

At the end of World War I the women of WILPF would have found this to be the right question. At Zurich in 1919 they expressed their deep regret that the terms of the peace ‘should so seriously violate the principles upon which alone a just and lasting peace can be secured’, that is militarism as a way of thought and life, the privatised arms industry and recourse to war rather than dialogue. Perhaps the question should be reframed: ‘why maintain the means to fight?’

The war had further divided women whose unity over seeking the vote had already been broken by the crucial question of the use of violence; violence at the instance of the state was rejected by the women founders of WILPF who were clear that there could be no reason to fight. Indeed the support to the war effort given by many women who had been active proponents in the struggle for the vote is illustrative of what happens when a feminist movement is hijacked by militarism and nationalism and women are co-opted by the patriarchal structures of power to provide legitimacy and support to men’s wars. We saw this repeated pattern again in 2001 when the invasion of Afghanistan was presented as good for Afghan women. (And indeed, the rationale behind the engagement in the first place- which it so obviously was not). The Taliban was undoubtedly inimical to women’s rights but it takes a mind-set imbued with militarism to move to supporting military action, which is invariably bad for women. Nearly two decades later Time magazine could call Afghanistan ‘the Worst Place in the World to Be a Woman.’ And the US is now negotiating ‘peace’ with the Taliban, whilst women struggle to find ways into the process. No change!

Following World War II the question at the diplomatic level at Geneva was again focused on how war could be fought safely, or at least how to minimise unnecessary harm, although this was limited with respect to women to the single provision in Geneva IV protecting them from rape in international armed conflict. In 2000 WILPF members asked the Security Council to take account of women’s experiences in war. Again what is the right question? Is Security Council Resolution 1325  ‘a real instrument of peace capable of development’? Or is it one that through the guise of women’s protection sets up ‘conditions tending to produce war’?. What is lost by again asking how women can be protected in war rather than how war can be prevented? Madeleine remained true to her WILPF predecessors. Women, she said, had been sold out by Resolution 1325, which, even as it was being negotiated, moved away from its human rights and feminist origins. For instance the language of disarmament was omitted, there is no commitment to economic and social rights and militarism remains squarely within the Council’s ambit but is parked outside this Resolution, except impliedly in the presumed use of military means by ‘good’ men to protect women from ‘bad’ men. We achieved other goals, in particular recognition of the need for women’s meaningful participation in decision-making about conflict and in field operations to prevent further violence. But this has been poorly implemented and moreover presupposes participation in the pre-existing structures that are themselves not challenged. Again we are asking the wrong question. We should not ask how the participation of more women in peace-making processes and peacekeeping missions can be achieved but rather participation in what? In the structures of patriarchy? And how can those structures be transformed to deliver a sustainable, feminist peace? Feminists need to reclaim the discussion, to reject structures that are not fit for our purposes and seek to bring like-minded states and men on board. That this is possible  is shown by the campaign for the Treaty on the Prohibition of Nuclear Weapons. It took more than five years to engineer with countless interventions in multiple fora including a brilliant performance by a WILPF representative  who spent almost two hours at the UN General Assembly responding to questions by States, eloquently denouncing nuclear weapons and vividly describing the impact of their use.  The Security Council will never agree but the General Assembly can move to isolate those countries that support weapons of mass destructions and who will not even comply with their obligation under the Nuclear Non Proliferation Treaty to ‘to pursue negotiations in good faith … on general and complete disarmament.’ Getting the Nuclear Treaty proves that the language of militarism can be rejected in favour of that of humanitarianism, environmentalism and life.

But what about gender? How do we collapse the gender binary between women and men and further binaries between ‘good’ men and ‘bad’ men, (and who decides who are the good and who are the bad?) female victims and male perpetrators of violence, ‘straight’ persons and those defined (and targeted ) by their sexuality and gender identity. And the binaries of law: non-intervention and intervention, aggression and self-defence, right and wrong, peace and war. Legal categories maintain the lines of authority and power and create obstacles which prevent us from moving forward. Instead we need to see the fluidity between the multiple inter-related factors that go into the fault lines leading to conflict – neo-liberal economics and the policies of the international economic institutions, imposed identities, the structures of power. We need to look beyond the toxic masculinity sustained by militarism and see the men supporting women, helping others, listening to their consciences and resisting war. We need to ask these men, women, children, gay men and lesbian women what they want and what steps need to be taken to achieve their goals. The current Security Council WPS resolutions are framed around the wrong questions. In the 20th anniversary year of Resolution 1325 in 2020 feminists must seek to ensure that the Council is asked the right questions in the drafting of any follow up Resolution. 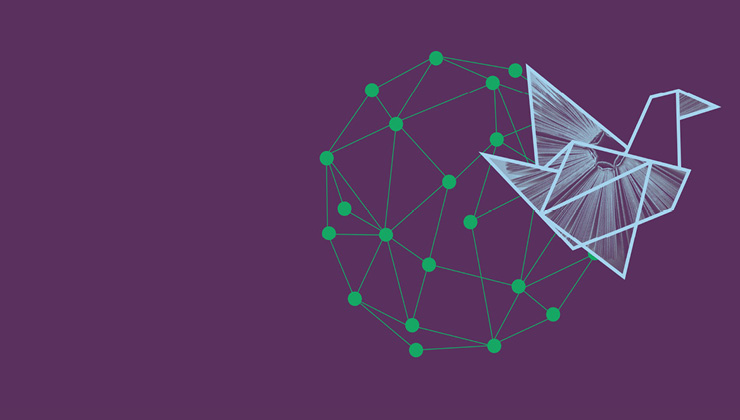