On 22 March 2016, Brussels came under the attack of Islamic terrorism. The bombings left 31 people dead and 300 injured. For the Eurosceptic and far right parties of Europe, this was an occasion to resume the politics of ‘we told you so’ that had characterised the reactions after attacks in Paris in November. Following the usual pattern, Schengen, migration and the EU quickly became the root of all evil, and in the British case, an argument for Brexit. Marta Lorimer collected their reactions.

Matteo Salvini, the leader of the Italian Nortnern League was about to reach the airport when he heard about the attacks. Salvini, an MEP, took to social media with the message ‘Explosions and victims in Brussels airport. I was about to arrive there, but we were stopped, the building had been evacuated. I am ok (some idiot will regret it) and I am heading back to the office. We cannot be blackmailed by the crazy and the violent. I am not giving up, I am not afraid. A prayer for the victims’. Within a few hours, he toughened the tone and used the attack as a way to criticise immigration and European leaders’ laxity, blaming the EU for ‘accommodating’ everyone.

Banner on the Northern League’s website: ‘It is time to react: let’s clean up our cities’. Panel reads #Iamnotafraid

Tom Van Grieken, leader of the separatist Flemish party Vlaams Belang, in a press release on the party’s official website, expressed solidarity with the victims, and called for an immediate closing of the borders, ‘Not out of hatred for others, but out of concern for our people’.

The ‘open borders’ argument re–emerged in the comments of most far right leaders. In an interview given shortly after the attacks, Geert Wilders, leader of the Dutch Partij Voor de Vrijheid, commented ‘I fear that we ain’t seen nothing yet’, claiming that there were at least another 3,000 to 5,000 European jihadis who had been hiding amongst the thousands of Islamic asylum seekers. Once again, he attacked Schengen, which he defined a ‘catastrophe’ and ‘a huge safety risk’, and called for the closing of national borders. Wilders, who since his early days has been a staunch critic of Islam, concluded by re-asserting the need to de-Islamize the West, in order to ‘safeguard our lives and protect our freedom’. He later summarised his position in a tweet: ‘If I become Dutch Prime Minister next year, I’ll crush Islamic terrorism, close our national borders and De-Islamize the Netherlands #nomore’.

The reaction from France started off with solidarity, before moving into an attack on the EU and the French political class. In her press release, Marine Le Pen stressed the Front National’s support for the Belgians, victims of ‘Islamic barbarity’. Already in the second paragraph of the press release, however, she urged to ‘truly’ close the Franco-Belgian border and re-establish border controls across Europe. She then moved on to say that some places in France were, like Molenbeek ‘areas of lawlessness’ where the (French) Republic should re-establish its authority – something which in her view, the current political class is unable to ensure. 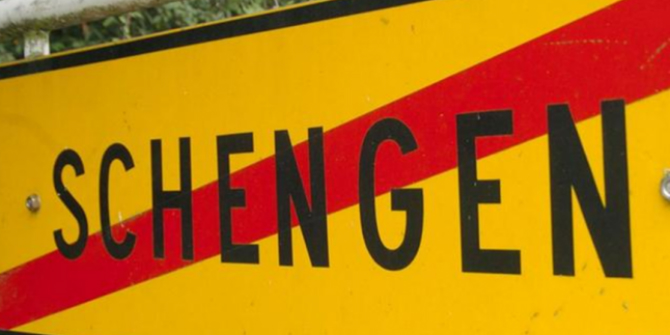 Perhaps the most interesting reactions came from UKIP, who very quickly seized the moment to link the attacks to Brexit. Nigel Farage, the party’s leader, commented first by saying that he was ‘very upset by events in Brussels today and even more depressed for the future’. He also retweeted a couple of articles referring to Brussels as the ‘Jihadi capital of Europe’, a somewhat indelicate description for a city which had just come under a terrorist attack. In spite of being accused of exploiting the events, a few days later, he added ‘Given the clear Isis threat, idea EU open borders somehow makes us safer is crackers. UK would be far safer outside of EU’.

Ukip’s defence spokesmen, Mike Hookem (MEP) also made sure to make a point about Brexit and about Schengen being unsafe. In a press release on UKIP’s official website, he wrote that ‘David Cameron says we are safer in the EU. Well, I’m in the heart of the EU right now and it does not feel very safe.” He then moved on to criticise Schengen and the EU’s ‘open door policy’ and the ‘lax security situation’ it created. There was also some place for a critique of Belgium’s archaic police system and ‘a total lack of intelligence sharing’. He concluded with a request to suspend the Schengen agreement, re-establish border controls and end the EU’s open door migration policies that ‘allowed this situation to develop’.

In sum, nothing’s new. The various press releases and tweets, very much like after the Paris attacks, read like a ‘we told you so’ list. All parties used their usual old arguments with a twist, to connect the attacks in Brussels with issues of border controls, asylum and Schengen, the bête noire of the far right. For some, it was also an occasion to attack the establishment, in a classic ‘populist’ argument which can be summarised as ‘the government is putting our people in danger’. While this has been described as ‘vulture’  behavior (preying on a catastrophe), many of these parties have become prominent actors in their national contexts and to some extent, even at the European level. If members of mainstream parties decide to take up their rhetoric – something which is not entirely unthinkable, as the debate in France over the withdrawal of nationality to terrorists has proven – Schengen and the EU have a grim future ahead.

This post represents the views of the author and not those of BrexitVote, nor the LSE. Image source.

Marta Lorimer is an MPhil/PhD candidate at the London School of Economics. She holds a degree in European Studies from Sciences Po Paris and the LSE. Her research interests include far right parties, European politics and ideas of ‘Europe’.