One of the key ideas in Michael Gove’s recent, much-publicised Brexit speech was that the UK could rely on membership of a European free trade zone.  This idea constitutes a bizarre historical throwback to the early years of Britain’s relationship with what was then called the European Economic Community, or Common Market. But the relevance of his attempt to dismiss the economic case for continued EU membership in a 21st century context is highly questionable, writes Piers Ludlow.

The key section of Gove’s speech, as far as trade is concerned, seeks to sidestep the Treasury’s warnings about the economic damage that Brexit might cause by pointing to the prospect of an ongoing free trading relationship with the rest of Europe.

There is a free trade zone stretching from Iceland to Turkey that all European nations have access to, regardless of whether they are in or out of the euro or EU. After we vote to leave we will stay in this zone. The suggestion that Bosnia, Serbia, Albania and the Ukraine would stay part of this free trade area – and Britain would be on the outside with just Belarus – is as credible as Jean-Claude Juncker joining UKIP.

Britain’s trading future, in other words, should lie, according to Gove, in the loose tariff-free outer zone of the European commercial area, rather than in the EU’s single market at its core.  Such a position would give UK exporters the access they need to European markets (and continental exporters access to the UK), while preserving Britain’s freedom to set its own economic and commercial course.

Gove’s policy recommendation is strangely reminiscent of a much earlier proposed solution to the Britain and Europe problem.  Back in the 1950s, the British government, spurred onward mainly by the then Chancellor of the Exchequer, Harold Macmillan, suggested that the best response to the nascent EEC would be to surround the Community with a wider and looser Free Trade Area.  This would preserve British exporters’ access to the markets of Germany and France, but also allow the UK to go on enjoying an exclusive commercial relationship with the Commonwealth.  The planned FTA was to have included not just Britain and the six founder members of the EEC, but also those many other European countries unable or unwilling to join the fledgling Community, such as Denmark, Norway, Sweden, Switzerland, Austria, Greece and Portugal.  Two years of negotiations about the project ensued, only for the scheme to fall foul of opposition from the newly installed French government of Charles de Gaulle.

This parallel is not just an interesting historical curiosity, however.  It is also something that highlights a glaring flaw in Gove’s suggestion.  For the idea that a free trade zone constitutes the perfect solution for the UK entirely ignores the manner in which Europe’s commercial liberalisation has evolved in the six decades since the creation of the EEC.

Removing tariffs was not enough

In the early years of the integration process (and hence the era in which the FTA scheme was devised) the key concern of those seeking to open up Europe’s trade was tariffs.  The EEC was after all first and foremost a customs union, i.e. an area where internal tariffs were eliminated, and a common external tariff was erected vis-à-vis the outside world.  As such, British membership of a European free trade zone and hence exemption from the common external tariff would have given UK exporters a comparable position in the European market to all of their European competitors.  A British company would face no more obstacles in seeking to win a contract in France, than would a German competitor, nor would the prices that it could offer be inflated by an obligation to pay a tariff.  But this phase of the integration process came to an end in the early 1970s with the entry of the first wave of applicants into the now completed EC customs union and the extension of free trade arrangements to those Western European countries unable to follow Britain, Denmark and Ireland into the EEC.

Thereafter, and especially in the 1980s, the focus shifted to non-tariff barriers rather than tariffs. Europe’s leaders and Europe’s industrialists, in other words, became aware that simply removing tariffs was not enough to create a truly functioning single market, but instead steps would have to be taken to create an area in which there were no regulatory or administrative obstacles to trade across national borders.  This was the core rationale of the internal market programme of the mid-1980s, championed amongst others by Gove’s political idol, Margaret Thatcher.  And this trend towards regulations and other non-tariff barriers being the core concern of international liberalisation has spread not just to the EU’s trade relations with its closest neighbours (hence the European Economic Area), but also to international trade arrangements more widely such as the proposed Transatlantic Trade and Investment Partnership (TTIP).

In this very different context, a mere free trade zone would fall far short of meeting the needs of Britain’s exporters.  Instead, the UK would be forced to choose between either allowing its regulations to diverge from the European norm – thereby greatly complicating the task of those UK companies wishing to export goods or services to the rest of Europe – or copying EU regulations and arrangements in the shaping of which the UK would no longer have a meaningful voice.  This latter course, while probably economically the wiser option, would involve accepting the predicament that Sweden, Austria and Finland rejected in 1995 when they chose to join the EU despite having enjoyed free trade access to the rest of Europe since the 1970s.

As one senior Swedish diplomat put it, when explaining why his country had joined, the Swedes were fed up with being ‘a mailbox democracy’, obliged to swallow Brussels laws that had been set with no possibility of Swedish input.  It is a peculiar state of affairs when someone like Gove, who likes to portray himself as an advocate of British freedom and a protector of British parliamentary sovereignty, has become the promoter of a set of commercial arrangements which would relegate the UK to being just such as ‘mailbox democracy’.

Piers Ludlow is an Associate Professor in the Department of International History at the LSE. 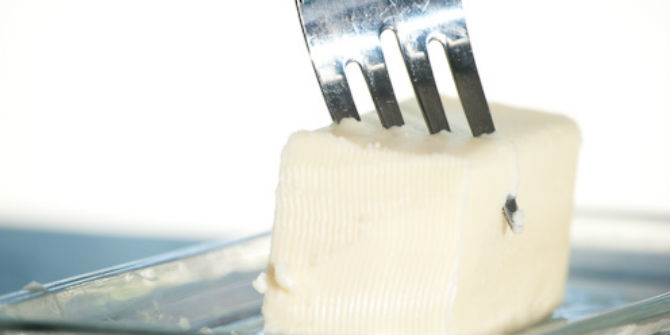 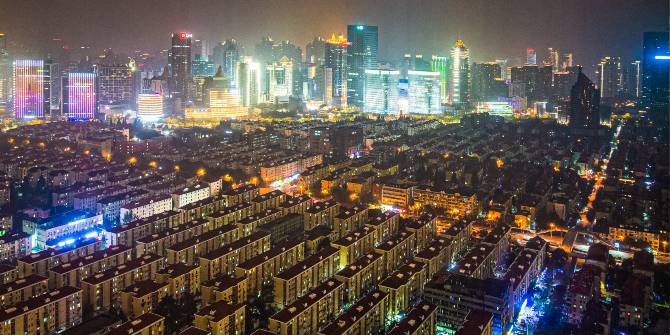