For many Brexit supporters, migration—both the free movement of EU citizens, and the entry of third-country nationals—has been one of the central issues. Dagmar Rita Myslinska writes that while lacking much factual support, migration arguments frequently resorted to by politicians and the media rely heavily on inflammatory, exaggerated, and at times misleading rhetoric. They overlook that, in addition to the opt-outs the UK has from the border-free Schengen area and from common EU migration policies, the benefits of intra-EU migration to the British economy have been well-documented.

Below, I look at the case study of Poles (the second largest foreign-born community in the UK), who have often been the face of intra-EU migration in the UK. Arguments against Poles’ mobility at the time of their 2004 accession and arguments against their presence today (a significant component of the Leave campaign’s rhetoric) appear to be motivated by xenophobic animus and based on misinformation and prejudice. In addition, they overlook the fact that the accession process has not been easy or without long-term costs to Poland, and so it should be allowed to reap all the benefits accruing from EU membership, without individual member states clamouring to leave the EU as an overreaction to Poles’ mobility.

Having been perceived by western politicians as not fully “European,” Poland had to undertake major legal, economic, and social adjustments during its accession process, by adopting not only the acquis, but also having to satisfy a series of inflexible, western-driven benchmarks. Whereas the costs of those adjustments were significant for Poland, western member states benefited from them economically, starting in the decade leading up to its accession. It is now reasonable for Poland to make demands on the EU, and for the UK to make some concessions to Poland and to continue providing it with access to all the rights and benefits of EU citizenship – including the mobility of its workers.

Western states and financial institutions took advantage of and reinforced Poland’s economic, social, and political struggles even before the fall of communism in 1989, as part of a long-term opportunistic approach. That had left Poland with little choice but to seek to accede to the EU, on western-driven terms. Starting in the 1970s, western institutions and states strongly encouraged Poland’s indebtedness, imposing structural adjustments and repayment plans which made Poland dependent economically and politically on the west. Due to this—aggravated by the post-communist economic devastation, and political and social disorientation—Poland entered into the Europe Agreement in 1991, which facilitated unequal economic relations, and conditioned any western support on economic and political reforms intended to benefit western states long-term. This led to huge trade imbalances and escalating foreign debt, ensuring that Poland would not be able to decide independently regarding its economic policies for years after accession, and forcing it to divert its state budget from social security systems to increased capital expenditures and debt repayments. This led to worsening living conditions, motivating more Poles to seek opportunities abroad.

At the same time, the west insulated itself from the economic and political costs of the Enlargement, while ensuring that it would benefit from it. The 2001 Treaty of Nice strongly protected the interests of the existing member states, preserving their blocking influence over new policies in the enlarged EU, making it more difficult to introduce new policies, and capping EU expenditures that could be allocated to Poland. The discrepancy of power—more significant than during any prior enlargement—facilitated an aggressive export of EU acquis, composed of more than 10,000 documents, which lay down western interests and which Poland was required to follow as a pre-condition of its accession. Poland was required to make contributions to the EU budget immediately upon accession, despite its inability to take advantage of the EU’s aid programmes as they were based on matching Polish funding, which Poland was not able to provide due to its budget struggles. Overall, Poland and the other acceding Central and Eastern European (CEE) states were expected to be net payers to the EU rather than beneficiaries, especially in the first few years after accession. The overall economic costs of the Enlargement for the old member states were marginal, vastly exceeded by the benefits of self-serving policies they imposed – including prompting currency devaluations in order to obtain cheaper materials; raising tariffs against imports; monopolizing Polish markets for western exporters; privatizing competitive businesses and industries in Poland in order to sell them off at below-market values to insiders; eliminating competitive Polish products and exports or taking control over them; relying on cheap labour; expanding western conglomerates into Poland; and taking over domestic banking and insurance businesses.

Western EU states selfishly misused their bargaining power during the accession process while shaping the dynamics of inequality that would have repercussions not only on the economic, political, and social outcomes in Poland, but also on the experience of mobility and equality by Polish migrants after 2004. A key policy element in this process was the initial derogation from the free movement right for Polish nationals.

Pursuant to the Accession Treaty, member states were allowed wide discretion to derogate from the free-movement acquis up until 2011 – arguably in contravention of the principle of equality of all EU citizens enshrined in the foundational treaties. The transitional arrangement, applied to all CEE states (but not Malta or Cyprus), were intended to be responsive to each (western) member state’s market demands, turning Polish workers into a flexible reserve army of workers, to be employed only when labour shortages would demand, often in secondary labour markets, and thus resulting in their “second-class citizenship” within the EU. Polish representatives had critiqued the imposition of transitional mobility restrictions for being driven by western selfishness and introducing intra-EU inequalities, while depriving Poles of the right of EU citizenship that they valued the most, and carrying great symbolic value of Poles’ otherness.

Despite evidence that unrestricted mobility would not threaten labour markets in the west and would instead benefit EU-15 states, western politicians, the press, and the wider public had focused on unsubstantiated fears of benefit tourism and social dumping by an invading flood of eastern criminals to impose mobility restrictions. The anti-migrant rhetoric was driven by migration myths and prejudices – similar to what is driving anti-migration Brexit arguments today.

Although, unlike most other western states, the UK did not impose direct post-accession mobility restrictions on Poles, it restricted their access to social welfare benefits, despite drawing on their contributions to the social security and tax systems here. The UK’s “free movement” policy was accompanied by limiting migrants’ access to both non-contributory welfare benefits (such as job-seeker’s allowance) and contributory social benefits (such as unemployment) until after one year of continuous, registered employment. Considered by some scholars to have been one of the most exploitative approached among all EU-15 states, the British method was also questionable under EU law.

Despite the transitional restrictions, post-2004 workers’ mobility eased labour shortages, increased employment rates, and improved economic growth in EU-15 states. These effects were most significant in the top receiving states, including the UK. Yet, several western states continued to apply direct impediments to mobility, and the UK continued to restrict access to social benefits for the duration of the seven-year period. Transitional restrictions on mobility—both direct and indirect—resulted in more illegal work, as well as discrimination against and the exploitation of migrant workers, while making Poles in the UK more accepting of semi-lawful, exploitative arrangements.

Since CEE migrants have tended to have higher employment rates than host country nationals[1], mobility has been boosting host states’ economies, while their contributions to the host states’ welfare systems have been exceeding what they have been using in public services. There is no evidence that CEE workers have put any strain on welfare benefits in the receiving states, that they have been migrating with the intention of enjoying those benefits, or that they have had a negative long-term impact on local workers. As Nicholas Barr recently explained, the UK has benefited economically from its membership in the EU – including from intra-EU migration. Research indicates that immigration from the EU does not harm wages, jobs or public services. Polish migrants in particular have been characterized by higher rates of employment than other intra-EU migrants, and not migrating in search of welfare tourism.

At the same time, the experience of CEE migrants in EU-15 states has been marked by under-skilled employment, poor living conditions, risk of poverty, poor educational outcomes for their children, and challenges in accessing housing, health care and other social services. Migrant workers’ experiences of exploitation were found closely tied to being perceived merely as a labour market buffer catering to an increasingly flexible market, and thus linked to the EU’s long-standing approach toward CEE nationals’ mobility as driven only by western economic needs and preferences.  Among the CEE states, Polish migrants in the UK have experienced the highest rates of being under-skilled, engaging in temporary mobility, and being vulnerable to prejudices and inequalities. As indicated in my earlier entry, Polish post-accession migrants have been shown by various researchers as being discriminated against in the UK at high levels.

Furthermore, Poland itself has suffered some negative long-term consequences of Poles’ mobility. Although outward migration resulted in a temporary drop in unemployment, it has been noted as either causing or exacerbating labour shortages and the consequent decrease in social security system contributions, brain drain and youth drain, social costs of family breakups, significant skills mismatches, a persistently high long-term unemployment rate, a decrease in Poland’s GDP, and a slowdown in its economic growth rate and average productivity.

The Brexit campaign orators have carefully diverted English dissatisfaction with their sense of powerlessness at the hands of the privileged British elites into “empty foreigner-baiting”. As indicated through the example of Poles, the largest EU migrant group in the UK, the free-movement right has brought the UK economic benefits, which had started accruing during the pre-accession period. It is Poland that had to deal with accession costs (both short and long-term), and it is the mobile Polish workers who have suffered occasional disadvantage in the process. Ironically, intra-EU mobility has also benefited more than a million of UK nationals who elect to live, work, or retire in other member states – something that the Leave campaign supporters tend to overlook.

This post represents the views of the author and not those of BrexitVote, nor the LSE. Image by Hanna Gronkiewicz-Waltz.

Dagmar Rita Myslinska is a Lecturer at the University at Albany in New York, and in her second year of PhD programme at the LSE’s Law Department. Her research focuses on migration and equality, and relies on critical race theory and whiteness studies theoretical frameworks. 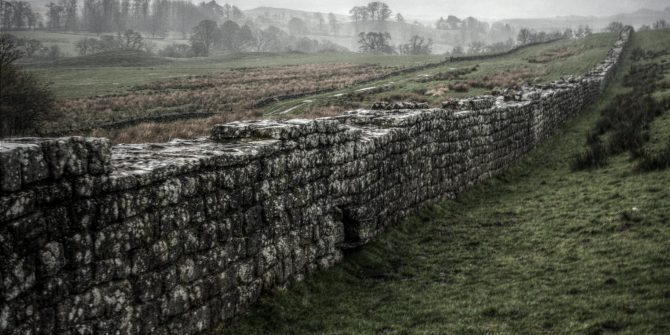