Although Central-East Europeans have officially been a part of the EU for more than a decade, they have not been completely embraced. This is especially true in the UK. Yet this topic has remained very much on the sidelines of the Brexit debate. Dagmar Myslinska’s research on Polish migrants brings a better understanding of the circular, temporal, and open-ended nature of free movement which has affected the UK so profoundly. She addresses how the structure of the British labour market in combination with an increasingly negative political discourse on migration has resulted in instances of severe discrimination towards a now considerable population in British society.

Constituting the second largest foreign-born community in the UK, Polish post-accession migrants have been shown by various researchers to suffer high levels of discrimination. A 2014 survey indicated that 71 per cent of Poles had been (or had known another Pole who was) subjected to either verbal or physical abuse at the hands of British whites or other groups. A poll last year indicated that 23 per cent of Poles felt that they had experienced some form of discrimination once in the UK, and 23 per cent more than once. In August 2015, thousands of Poles marched on Westminster to vent their frustration. The roots of such treatment are as much attributable to the economic inequalities between Poland and the UK, negative media stereotypes, and anti-migrant political rhetoric, as to Poles’ partial belonging to western-driven ethnic and cultural norms.

The 2004 Eastern enlargement and the resulting freedom of movement of Polish—and other Central and Eastern European (CEE)—nationals have been described by commentators and academics as a major step in promoting the rights of those new member states and of their nationals. The official EU narrative had framed enlargement as a “reunification” of Europe. This benign vision, however, can be challenged through both internal and external critiques. During the enlargement process, EU bureaucrats and western politicians had approached and represented the new states as in need of civilising westernisation in order to join the EU and thus be part of “real” Europe. There is a very clear hierarchy of whiteness and belonging when it comes to Europe, driven by western European nations. My research shows that while CEE countries have officially been a part of the EU for more than a decade, they have never been completely embraced.

As the most populous of the CEE states, with the largest economy, and (at the time of its accession) the highest unemployment rate among them, Poland soon became the nation of most intra-EU emigrants. Today, Poles constitute the second largest (after those born in India) foreign-born community in the UK, their top destination. As the largest non-English speaking group in the UK, they can easily be perceived as threatening to the British norm. Frequent media, popular, and political attacks, and an increasing rate of hate crimes against Poles evidence their “racialisation.” Their large numbers also contribute to their particular vulnerability to employment discrimination.

Other researchers have argued that open borders and the freedom of movement have helped western employers to maximise profits and exploit labour migrants, who face incidents of prejudice, micro-aggression, and discrimination in the UK, at work. In part due to their large numbers here, strong work ethic, lack of viable employment options in Poland, and stereotypes attached to them (such as that of the Polish plumber, and swan-hunting, Polish benefits spongers), Polish migrants appear to be victims of discrimination in unique ways from those experienced by other migrant groups, and it is debatable whether the equality framework and specific EU and UK policies sufficiently take that into account. 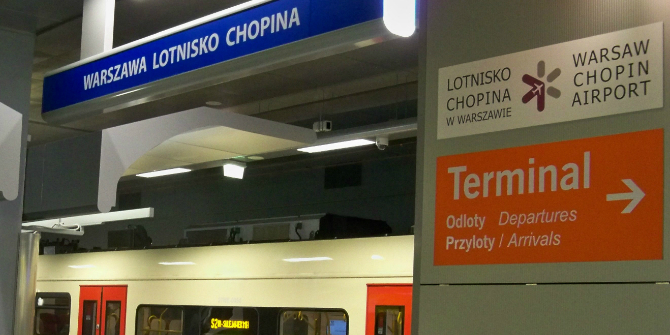 As empirical studies indicate, many employers take advantage of Polish workers, paying them below what they pay comparable non-Polish employees, and refusing to provide valid employment. Corroborated by other qualitative studies, interviews I conducted indicate that blue-collar Poles often get threatened with termination if they refuse to perform tasks or put in time beyond their job descriptions, get blamed for others’ mistakes, and penalised for small infractions – whereas other workers appear not to be targeted. Some Polish workers have even compared their workplaces to “labour camps” – due to being treated in a less-than-human way by their employers, because their abuse has a distinctive ethnic element, and because accepting employment is often perceived as not purely voluntary, but rather as deriving from inequality and poverty in post-communist Poland. Even Poles in professional positions can find themselves discriminated against due to perceived lower quality of education in Poland, as the case of Michalak v Mid Yorkshire Hospitals NHS Trust, 2007 EWHC 2469 (QB), indicates.

Many Poles are employed in precarious temporary arrangements, often through employment agencies and gang-masters, and are supervised by British workers. Due to the large numbers of Poles at some workplaces, managers often resent and subject them to abusive language and treatment, and an entire “migration industry,” including recruitment agencies (often run by other Poles) has blossomed around Poles – often taking advantage of them because they are perceived as more economically desperate than other groups. The legal professionals with whom I have conducted interviews also noted how Poles’ employers often contribute to (or ignore) their experiences of verbal abuse – which can include being called “slaves” or “blacks,” and, in the case of women, also “sluts”. Such treatment appears often due to the expectations that Poles, like other vulnerable migrant groups, will tolerate any working conditions. As recent cases and news reports demonstrate, general employer no-foreign language rules are often specifically formulated against Poles, as they are the only (or constitute an overwhelming numerical majority of) workers employed by some employers (particularly in rural areas). Instead of adopting general rules, other employers target Poles directly – for example, reprimanding only Polish workers for having work-related conversations with colleagues in Polish.

Culture and the law

Research has indicated that, because of the Polish labour culture of passivity, willingness to be under-skilled and underpaid, and to take on most demeaning tasks–which Poles carry with them into the UK employment market, and which is exacerbated by lack of employment opportunities in Poland—Poles also tend to be initially tolerant of their poor treatment, which then makes it more difficult for them to complain about discrimination. Often working in industries and positions where trade union density is low, they have few resources to turn to. Also due to often constituting the vast majority of a workforce, Poles find it difficult to prove incidents of direct discrimination if no non-Polish comparators exist.

Despite the fact that Poles are protected under both EU and UK anti-discrimination laws on the grounds of ethnic origin and nationality, they appear to seek redress infrequently, given the disconnect between research reports and the few claims that get filed. The fees introduced in 2013 for filing employment tribunal cases have led to a decrease in complaints generally. Polish post-communist cultural timidity in seeking official redress only exacerbates this effect. Moreover, Polish workers fear retaliation and victimisation, which they have been shown to suffer frequently. I argue that employers do not value their services as there is always a large, flexible, hard-working pool of fungible Polish workers ready to take their place.

Finally, the free movement right can be considered a disincentive for workers to enforcing their rights – if social costs become too high here, they can always change employers or go to Poland and then return to the UK (or other EU member states) at any time. Polish cultural tolerance of flexible work migration makes that approach acceptable. Indeed, data indicates that the free movement right–reinforced by the increasingly more deregulated, flexible, contractual UK labour market–has led to a lot of circular, temporal, open-ended migration, with migrants maintaining strong economic and social links to their native countries, and weak links to the UK. Arguably, they are thus less vested in asserting rights in the UK and improving the treatment of their communities here.

Mainstream discourse surrounding racism also plays a role in prompting us to overlook Poles’ discrimination. The term “racism” is very rarely used in migration or equality policy contexts to encompass white migrants. There is a popular tacit belief that any prejudice against white migrants cannot be deemed racist because Poles are Caucasian and predominantly Christian. Lesser stigma associated with discriminating against whites than non-whites encourages less overt, but just as damaging, exploitation. As one Polish forum user commented, “I think that part of the problem is that we are white – they [i.e., British people] bring against us what they are prohibited to bring against non-white non-Christians.” Thus, the UK media often portrays Poles as criminal, welfare-sponging hordes, and always as merely temporary workers. Political discourse, pushed further right by groups like UKIP, is frequently filled with negative remarks about Polish migrants.

Although their whiteness is a resource in some sectors – such as aged care – and their religious and European heritage makes them more employable than third-country nationals, “it is much harder for Poles [than for some other migrants] because of the association with benefits and taking jobs. There are a lot of Polish people being discriminated against and the government is not doing anything about it. They need to recognise that this is a problem.”

This post represents the views of the author and not those of BrexitVote, nor the LSE. Image CC Attribution-Share Alike by Panek.

Dagmar Rita Myslinska is a Lecturer at the University at Albany in New York, and in her second year of PhD programme at the LSE’s Law Department. Her research focuses on migration and equality, and relies on critical race theory and whiteness studies theoretical frameworks. 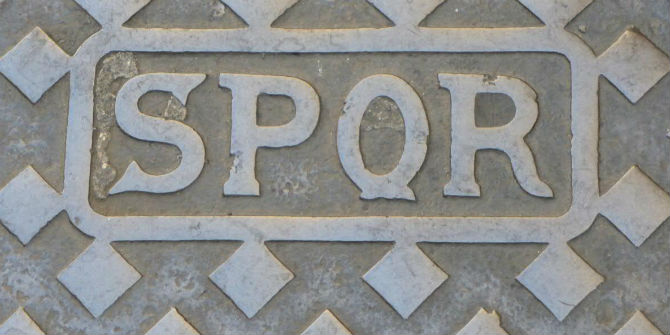 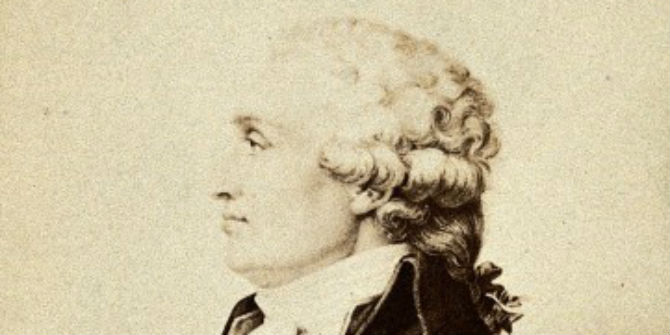