There are ample lessons from the Canada-US border for post-Brexit Ireland, write Laurie Tannous (University of Windsor) and Katy Hayward (Queen’s University Belfast). For example, a ‘hard’ border need not mean the end of economic integration of Ireland. Yet building a smooth functioning border is a comprehensive undertaking, and some friction will be inevitable.

On a recent visit to the United States and Canada, Irish Taoiseach (Prime Minister) Leo Varadkar took the opportunity to witness firsthand the operation of border controls between the two states, at Queenstown-Lewistown.

Just visited Canada-US border. It's high tech and highly efficient, but make no mistake – it's a hard border. pic.twitter.com/VUVwtLyuGA

Varadkar’s comments have been seen as goading the UK government, which claims to be able to achieve a ‘hard Brexit’ without risking a ‘hard border’ between the UK and the EU on the island of Ireland. British politicians have assured voters that the Irish border will remain ‘seamless and frictionless’ even as the UK exits the very arrangements (i.e. the EU’s Single Market and Customs Union) that have facilitated such close cross-border integration to date.

In so doing, many have pointed to the Canada-US border experience as providing evidence that it is possible to have a hard border (albeit within a Free Trade Agreement) that does not severely suppress the movement of people and goods. Canada and the US enjoy a very high level of economic integration despite all goods and people crossing the border having to be cleared by a border customs officer. However, smooth control of a hard border is contingent upon sufficient flexibility and deep cooperation on both sides, and it is not without its frictions.

Reducing the friction of a hard border

The EU can have comparatively ‘frictionless’ internal borders because all its members subscribe to the same rules, standards and principles to allow Freedom of Movement of people, goods, services and capital. Membership of the European Union means that the UK currently shapes and shares these rules, standards and principles. To leave the EU immediately poses obstacles to free movement, thus requiring border controls to ensure different rules are enforced on either side.

A hard border enables Canada and the US to maintain policy and legislative independence on matters of significant national difference, such as on the availability of handguns or on refugee policy. There is, thus, plenty of ‘friction’ on the Canada-US border, and much of this is by choice. Yet it is a border that is easier to cross and clears far more trade than most international borders. This is because – despite differences in attitudes towards border policy – both governments share a deep understanding of how border operations impact their economies and are thus engaged in ongoing efforts to keep border frictions down to manageable levels.

Canada and the US have had a series of agreements on cooperative border operations that are quite separate from NAFTA, the most recent being the Beyond the Border Action Plan agreed in late 2011. At the same time, both countries participate in a Regulatory Cooperation Council aimed at eliminating differences in regulation that impede trade. A similar process of consultation will be needed to soften the hard border across Ireland – one that will have to be accommodated by the negotiated outcome from the Brexit process and any final deal.

From trade deals to implementation

Although they may define the rules of cross-border trade, trade deals alone will not ensure a smoothly functioning border because they don’t dictate how the rules will be implemented. The complexity (and bureaucracy) of the EU reflects its quest to cover the mechanisms for implementing rules as well as the creation of those rules themselves. This is particularly clear in the field of agri-food, with its particular vulnerability to costs and delays caused by border controls.

The biggest challenge for cross-border agri-food is in food safety regulations. Inconsistency here can lead to multiple inspections and food spoiling in the truck as it waits for an official from the right ministry to arrive. Through the Beyond the Border process, the Regulatory Cooperation Council and recent legislation in both countries, Canada and the US are slowly making progress on food standard harmonization. So, across the ‘hard’ border, it is not unusual for pigs to cross the border more than once en route to being bacon for consumption in either country.

across the ‘hard’ border, it is not unusual for pigs to cross the border more than once en route to being bacon for consumption in either country

There are currently highly integrated agri-food supply chains on the island of Ireland. A reasonable fear is that things will go in the opposite direction in the post-Brexit environment, given the ambition to disentangle the UK from EU laws and the temptation for the UK to go its own way on food regulation (particularly if it seeks trade deals with new countries). Yet any divergence in regulation makes a border more difficult to administer and less efficient. 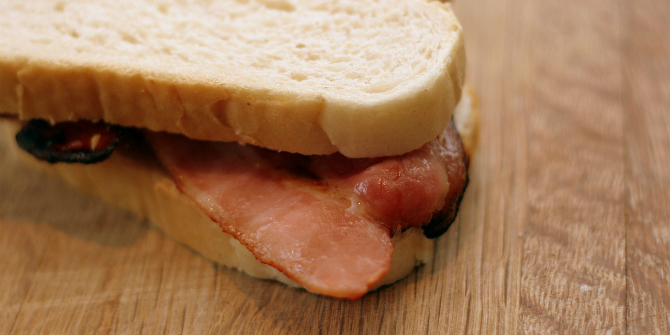 Flexibility from the EU could allow an all-island of Ireland action plan on post-Brexit agri-food (as envisaged in the UK Government Position paper on Northern Ireland/Ireland) in order to help preserve jobs and competitiveness in this key industry on the island. There are already some bodies (such as the all-island organization safefood) that could be developed in such a way as to help ensure consistency in regulations and standards in this area. In some sense, however, this would constitute a huge amount of effort and investment simply to stand still.

The greatest challenge in facilitating movement of goods across a border is dealing with the movement of people across the border that it necessarily entails (this is one reason why the EU has the movement of people as an integral part of the Single Market). Trade requires cross-border trips for marketing, negotiations, etc. For more complex goods, such as machinery, this need expands, as skilled people must be dispatched to customers’ locations for maintenance, repair and training.

The Canada-US example points to potential future difficulties for the UK-EU relationship. NAFTA permits limited cross-border commuting for people in a few high-skilled occupations and can enable ‘fast-track’ border crossings for such individuals. However, an outdated list of skilled occupations makes this programme increasingly irrelevant. Furthermore, under NAFTA, limitations on the movement of labour are enforced according to the individual discretion of border officials, leading to great uncertainty and frequent refusals of legitimate trips.

The lesson here is that, first, restricting mobility of people will come at a cost to trade. Secondly, moving from free to limited labour mobility will require regulations that are clear, consistently enforced and regularly updated. Any future Brexit-related enhancement of the UK-Ireland Common Travel Area will have to take this into consideration.

Another lesson from the Canada-US example is in the realm of technology. The UK government has consistently claimed that there are technological solutions to the challenges of the post-Brexit Irish border. Although technology can only be a tool of border control rather than its substitute, it is true that systems that provide advanced knowledge of incoming shipments can reduce inefficiency. Again, however, inadequacies in implementation can have a devastating effect on trade.

As part of the Beyond the Border Action Plan, Canada and the US agreed to create single window portals for faster and more efficient processing of customs data and documentation.  At the present time, failures of the software during its implementation phase have led to a number of major delays at the largest border crossings. This initiative could be used as a model, but the costs of implementation – and the time needed to eradicate errors and technical hiccups – should not be underestimated.

The Canada-US example proves that a ‘hard’ border need not mean the end of economic integration on the island of Ireland. Yet building a smooth functioning border is a significant undertaking that will take time, preparation and resources. At best, however, such arrangements can only provide means of managing the effects of border friction that will inevitably be sparked by the very process of Brexit.

The Canada-US example proves that a ‘hard’ border need not mean the end of economic integration on the island of Ireland.

Perhaps more importantly, the Canada-US example is testament to the fact that casting off the shackles of EU membership will not enable the UK to escape from the mechanisms that best ensure ‘frictionless’ trade: deep cooperation, ongoing engagement, common regulation, harmonization, coordinated investment, and compromise. 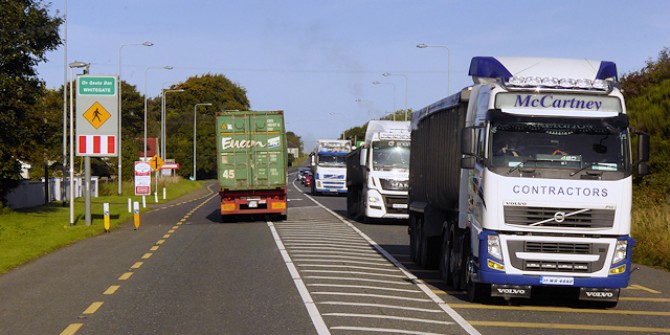 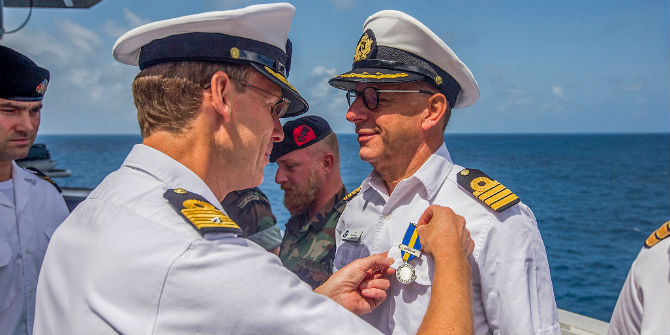 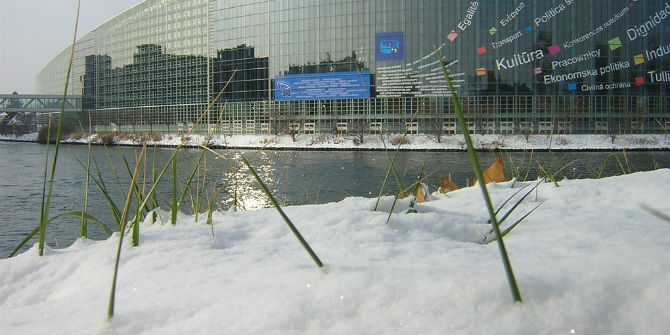 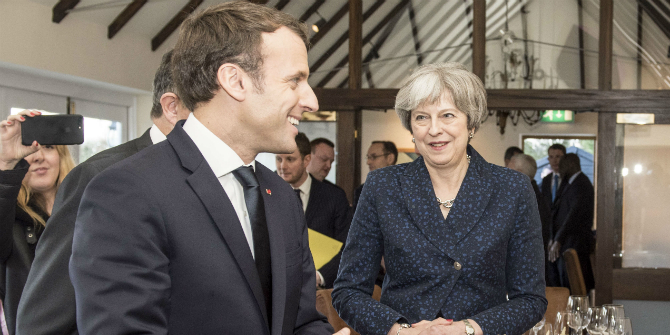