Marnie Howlett (LSE) asks whether Brexit should be viewed as “a simple matter of democratic politics” or a complex matter of national identity politics. She argues that while Brexit is often portrayed as the consequence of social issues, it appears that it is also a demonstration of how identity politics and, more specifically, national identity politics, have come to dictate much of inter-state relations today. In fact, she concludes that the UK will soon be in a position to decipher what a non-European British identity looks like.

The countdown to the United Kingdom’s scheduled departure from the European Union on March 29, 2019 has begun. Almost 45 years after acceding to the European Communities (EC), 51.9 per cent of the electorate expressed their support to divorce from the union described as the “pinnacle of human social achievement.” The result, which came as a surprise to much of the global community, now appears to be fostering increasing ‘Bregret’ as many of the 17 million Britons who voted to leave now think it was wrong to have done so. Unfortunately for any lamenting voters who might also believe the results should be reversed, but in David Davis’ first appearance in the House of Commons as the newly created Secretary of State for Exiting the European Union, he stressed that the people have spoken and the results of the referendum must be respected as a “simple matter of democratic politics.”

Although the essence of democratic politics is seemingly quite simple in that it ensures that the choices of the electorate are upheld, the fact that Davis deemed it necessary to repeat the words ‘nation’ and ‘national’ 18 times in his nearly 13-minute speech suggests that Brexit is really not all that simple a matter, nor the only issue at hand. In fact, Davis’ emphasis (or overemphasis) on the “national mandate” and “national interest” every approximately 43 seconds—in contrast to his single use of the term ‘democratic’—implies that the matter at large is also one of identity politics. Whilst Britain leaving the EU is often framed as the consequence of several underlying social issues (including immigration and economic concerns), it appears that Brexit is also a demonstration of how identity politics and, more specifically, national identity politics, have come to dictate much of inter-state relations today.

In recent years, identity politics have become a sort of buzzword depicting the progressive advancement of interests and perspectives associated with different social groups within which people identify; ethnic minorities, women, and the LGBT+ community are a few examples. National collectives are another such group wherein identities are shaped and drastically influence public affairs. Clashes between Sunni and Shia Muslims in the Middle East are a clear depiction of where national identities drive politics, as is the ongoing war in Eastern Ukraine. One can similarly point to Canada’s southern neighbour to see how the political climate has been driven by conflicting views about what it means to be ‘American’ and how to make the nation “great again.”

Referendums based on national identity politics are also not a new phenomenon: both Quebec’s 1980 and 1995 referendums sought autonomy for the unique French nation within Canada, and the 2014 Scottish referendum was led by the Scottish Nationalist Party for Scotland’s independence from the United Kingdom. Like the Brexit vote, these referendums brought an unprecedented number of people to the polls—Quebec’s 1995 referendum set a record for the largest voter turnout in the province’s history and the 2014 referendum in Scotland had the highest recorded turnout in the United Kingdom since the introduction of universal suffrage—all in the name of the ‘nation’ and its sovereignty. 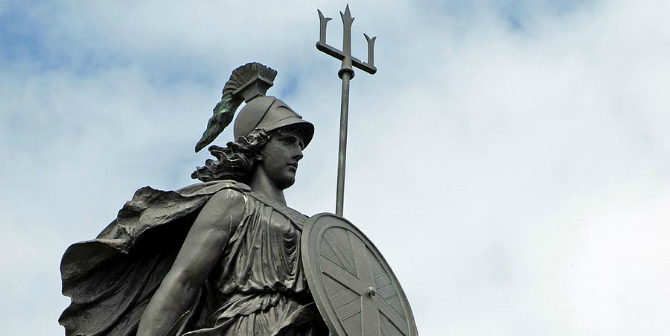 Yet there exists a major difference between the above-stated examples of identity politics and Brexit. Whereas the Québécois and Scottish feel a strong connection to their home nation and distinct identity, as do many national groups around the world, British national identity is considerably understated and lacks the cohesion other national collectives possess. Not only is there no united identity that encompasses all within the kingdom, as several natives like the Northern Irish, Welsh, and Scots feel a stronger affinity to other national groups, but the Brits cannot even collectively agree on a coherent British national identity themselves.

In fact, a 2017 study conducted by Queen Mary University of London found that 46 per cent of 1,044 Londoners polled viewed ‘Londoner’ as their primary identity, while only 17 per cent felt most British and 12 per cent English. Approximately one-quarter of those surveyed also answered that they identified as European before British or English. These findings suggest that many Londoners identify more with the city they live in than their country of residence or even the passport they carry. If a city with approximately 13 per cent of the UK’s population cannot identify collectively—whether it be with a municipal, national, or even international community—it is not daft to believe that the rest of England, as well as the UK more largely, is also divided in terms of its identification. While a more prominent and cohesive depiction of something resembling British nationalism can be seen if one merely leaves the cosmopolitan metropolis of London, the UK’s identity incongruence undoubtedly contributed to conflicting opinions on June 23, 2016 regarding the best possible future for the country.

It thus remains astonishing that David Davis’ explanation for why Britain will exit the EU is to deliver the “national mandate … in the national interest.” As a unified sense of British identity does not appear to exist, or at least not in the UK’s largest centre, one begins to wonder which nation Davis was referring to and why said nation’s interests must be safeguarded in a way that impacts both British and European politics so significantly. Although regaining control of the UK’s lawmaking processes is the central focus for many Brits, including the current government, there cognitively appears to be dissonance in Davis’ argument: simply put, there is no unequivocally consolidated British “national interest” to satisfy. Other national identity arguments put forward by Leave supporters, such as the frame that immigration is threatening to British national identity, also seem incredibly weak when it is unclear what British national identity actually means and whilst Britain is so multi-cultural, exemplified by the fact that more than 41 per cent of Londoners are of BME backgrounds. Hence, Davis and the Conservative government are striving “to build a national consensus” when the only agreement on the national front seems to be a narrow majority of Brits portraying—in explicitly demonstrating their desire to separate from continental Europe—that being British means not being European.

Yet, it must be acknowledged that for most other member states, being European does not mean restricting other national identities; the French have still remained French despite their EU membership, for example. Unless a second referendum does become a reality, the UK will therefore soon be in a position to decipher what a non-European British identity looks like.

But then again, as David Jones, a minister in the Government’s Brexit department, recently explained: although Britain will be exiting the EU, the country will not be leaving Europe “geographically.” The Brits will consequently remain European even while defining themselves in opposition to the Europeans. Thus, perhaps legally withdrawing from the international organisation will help recover the national identity Davis claims is driving the entire process. In that case, Brexit will prove to be much more than a “simple matter of democratic politics.”

Marnie Howlett is a PhD Candidate at the LSE Department of International Relations. 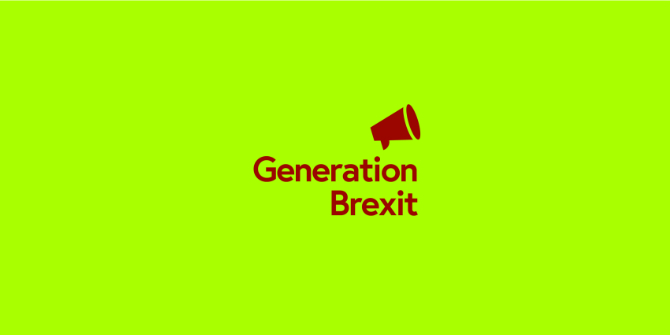