In this blog, Josh De Lyon (LSE’s Centre for Economic Performance) discusses some of the concerns with the economic forecasts of the effects of Brexit and suggests that the available reports are informative of the likely consequences of Brexit. He also provides an insight into how such research should be interpreted, beyond the headline-grabbing figures reported in the news.

On 29 January, a new government impact assessment on the economic effects of Brexit was leaked to Buzzfeed. The report predicted that a “soft” Brexit would restrict economic growth by 2 per cent, while a “hard” Brexit or “no deal” scenario would reduce growth by 8 per cent over a 15-year period. This is broadly in line with almost all other economic predictions of the economic consequences of Brexit. Following the leak of the report, some politicians and commentators were quick to discredit the integrity of such predictions. For example, Steve Baker, an MP and a minister in the Department for Exiting the EU, claimed that these predictions are “always wrong”.

The evidence on the effect of Brexit on the economy is almost unanimous: it predicts that Brexit will cost the UK economy in the region of 1 to 10 per cent of GDP in the long run, with greater costs for a hard Brexit relative to a soft Brexit. The mechanism driving these results is straightforward. The EU currently receives around 43 per cent of UK exports (House of Commons Briefing Paper, 2017). When the UK leaves the EU, barriers to trade will rise, causing trade and therefore GDP to fall. These findings come from HM Treasury (2016), OECD (2016), PWC (2017), NIESR (2016) and Dhingra et al. (2017) among others, in addition to the recently-leaked internal government report. These estimates often account for the benefits of new trade deals with non-EU countries such as the United States, China, and Australia. On top of this, other studies show that Brexit will cause a fall in inward foreign direct investment (FDI) of around 28%, leading to a 3.4% decline in real income (Dhingra et al., 2016).

The exception to these predictions is the study by the group “Economists for Free Trade”, who predict that Brexit will benefit the UK economy (Minford et al., 2018). However, the methodology used in this study has been heavily criticised by many economists and commentators for making wildly unrealistic assumptions, the details of which are discussed in a previous blog post by Dhingra et al. (2017).

So where do the numbers produced in the government impact assessment and other studies come from? The fundamental concept underlying these predictions is known as the “Gravity” model of trade, which predicts that the amount of trade in goods and services that flows between countries will depend on the economic size of each country and the distance between them. Gravity models have been very successful in predicting actual trade flows and are often regarded as one of the great successes of empirical economics (Anderson, 2011). In relation to the UK and the EU, gravity models accurately predict that there should be a high volume of trade between the two bodies. When barriers to trade are wedged in between the UK and EU, as is inevitable with Brexit, trade between the two will become costlier. The volume of trade between the UK and EU is likely to fall and, in some cases, the UK will switch to second-best trade partners. These costs then filter through the economy. This is the simplified mechanism driving the results of the reports discussed above.

It is good practice to critically analyse economic research. Economists themselves spend much of their time providing feedback on the research of others with the aim of improving the quality of the overall body of research. Every study is revised many times to ensure that the conclusions are solid. There are of course limitations with the literature on the economic effects of Brexit. For example, no sovereign country has ever left the EU, so there is no historical evidence to benchmark against the forecasts. Also, it can be difficult to translate the predicted trade effects into an overall welfare effect without adding more economic structure to the model. However, the strength of the prediction that Brexit will, on average, be harmful to the economy comes from the near-unanimous consensus of negative predictions from different types of models based on varying assumptions. Across all scientific fields, results that are reproduced multiple times are considered most reliable and economics is no different in this respect. That being said, economists are often guilty of producing academic research that is not accessible to the public. In the case of Brexit, the methodology of these studies is perhaps still somewhat of a “black box” to those outside of the field, given the relative complexity of the analyses. But the findings of these reports are clear and should be taken seriously: Brexit will reduce trade and investment, therefore directly harming the economy.

What is perhaps less clear is precisely how these estimates should be interpreted. Each analysis considers a pair of hypothetical situations. The first is where the UK leaves the EU and terms of the agreement are explicitly stated as the assumptions of the model. For example, a hard Brexit scenario might assume that the UK leaves the Single Market and Customs Union and trades according to WTO terms. Importantly, each analysis is very open about the type of agreement that is being estimated. The second situation is the counterfactual, whereby the UK does not leave the EU and the economy evolves as it would have done in the absence of Brexit. By estimating the economic differences between the two situations, the causal effect of Brexit can be isolated. That is, the estimates do not predict the future level of GDP in the economy. Instead, they isolate the causal effect of Brexit on the economy. In other words, it does not say “the UK economy will grow by x per cent after Brexit” but instead “as a direct result of Brexit, the growth of the UK economy will be x per cent different to how it would otherwise have been”.

But this certainly does not mean that the forecasts are useless – they can, and should, be used to guide policy. There are many cases where the work of economists has helped to shape government policy for the better. A good example is the introduction of the national minimum wage in April 1999, which has been shown to have successfully raised wages without significantly harming employment. The Institute for Government reported in 2010 that the minimum wage was most frequently cited among members of the UK Political Studies Association as the most successful policy intervention since 1980. The introduction of the minimum wage followed the recommendation of many economists, including those on the Low Pay Commission, who recommend the level of the minimum wage.

One of the key policy prescriptions from the research on the economic effects of Brexit is that a hard Brexit scenario is considerably costlier to the economy than a soft Brexit scenario. Another example comes from the work of Dhingra, Machin and Overman (2017) who show how the economic effect of Brexit will vary across the UK, with some areas to be hit significantly harder than others.

Governments must consider a whole set of objectives when setting policy, of which the economy is just one. Likewise, voters will have considered many factors that go beyond economic issues when casting their vote in the referendum on June 23rd, 2016. But given the magnitude of the decision of the UK to exit the EU, it is essential to have a solid idea of how this will affect the economy and UK citizens. Hopefully, the research agenda discussed here is being considered as part of the overall policy-setting process for the UK’s separation from the EU.

This post represents the views of the authors and not those of the Brexit blog, nor of the LSE. 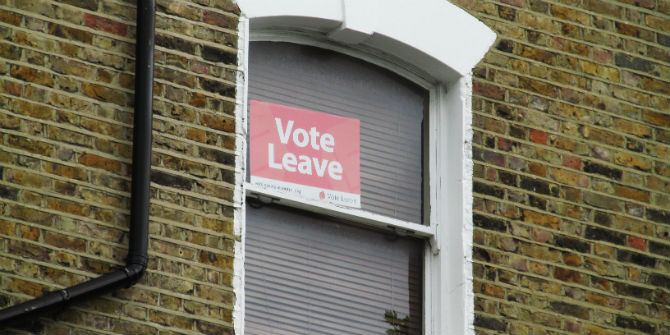 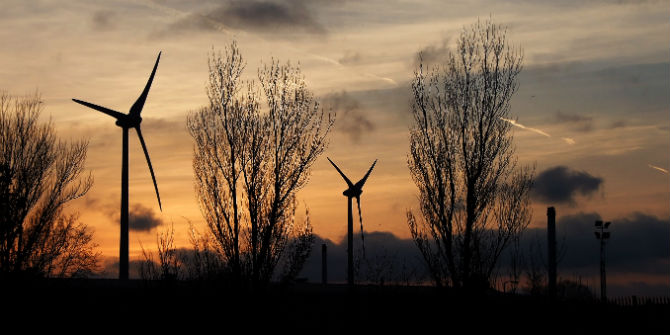