At the heart of the wrangling over Brexit is the question of how much regulatory autonomy the UK is prepared to concede in exchange for access to the Single Market. It is these technical barriers to trade (TBTs) that inhibit countries from exporting to each other. Hayden Goudy and Elisa Kempe (LSE) set out what the UK can realistically hope for and predict the EU is unlikely to want (or need) to compromise on its negotiating line.

The shape of Brexit may well be in view. While much is still to be decided, the potential outcomes of the negotiation between the United Kingdom and the European Union are already well informed by a look at the emergent technical barriers to trade in goods between the parties and the ways in which the two could cooperate to mitigate or preempt them through regulatory cooperation. Any type of post-exit agreement between the UK and the EU is significantly shaped by technical aspects of the trade issues reviewed here and their implications for access to the single-market. For the EU, defense of existing standards and processes are key. For the United Kingdom, deciding where to fall in a trade-off between regulatory autonomy and market access will be crucial.

Technical barriers to trade (TBT) are best defined as rules, regulations or standards which potentially hinder the cross-border movement of goods. Trade barriers are more popularly understood as tariffs, such as the kind the United States has recently imposed on several of its trading partners. But after decades of work through the General Agreement on Tariffs and Trade (GATT) and the World Trade Organisation (WTO), tariffs and quantitative limits have fallen to historic lows. This means that non-tariff measures such as TBTs are the most significant barriers to trade in the modern, international economy.

The WTO’s Agreement on Technical Barriers to Trade (the TBT Agreement) defines three types of barrier:

States pass regulations and enforce standards to meet legitimate public safety and domestic policy goals, but these measures also have the potential to distort or inhibit trade. Although designed to protect the public interest, TBTs can have a severe effect on market access and competitiveness for exporters. Additional production, packaging, or labelling requirements increase costs for exporters and reduce time-to-market. And having multiple sets of standards tends to favor large businesses, who can better afford compliance relative to small and medium size enterprises engaged in international trade.

The negotiation between the EU and the UK is unique in that the UK is currently in complete alignment with European rules and regulations. In the short term, without a negotiated outcome, TBTs will be entirely de jure. No longer in the EU, UK based regulatory and certification bodies will lose the ability to certify goods for frictionless entry into the single-market, even though regulatory practices will remain the same. In the long term, as the UK establishes its own regulatory agenda, de facto barriers, meaning substantial differences in regulatory practices, could emerge unless addressed through ongoing regulatory cooperation. Westminster will have to decide on the degree of regulatory autonomy it wants to pursue, but there will be consequences for access to the European market if standards move too far apart. While there are several options for trade arrangements between the UK and EU, this tradeoff means that for regulatory matters there are three types of post-exit agreement:

Each has unique consequences for the impact of technical barriers to trade, as well as for the mode of regulatory cooperation between both parties. Broadly, these outcomes are laid out in Table 1.

Membership of the EEA would allow the UK to remain in the single market for goods and services at the cost of its own regulatory autonomy. The EEA requires customs procedures at the border, which means costs for exporters. It would also require a certain degree of technical ingenuity to avoid a hard border for Northern Ireland. But while such an arrangement could result in significant transition costs, it would preserve market access and prevent regulatory divergence from becoming a barrier to trade. The UK would become a rule taker, and regulatory cooperation would essentially take the form of harmonisation with EU rules. Membership in the Customs Union for trade in goods would have much the same effect.

A free trade agreement (FTA) between the EU and the UK could take several different forms. But an FTA is likely to result in a significant loss of market access in the short term due to the complexity and limited scope of certification procedures outside of the single market. Even CETA, the recent trade agreement between Canada and the EU, allows for mutual recognition of conformity assessment for only a small set of goods. The EU takes a conservative approach when recognising external regulations, and is unlikely to change its standard practice in the context of Brexit.

CETA is the most comprehensive agreement on TBTs and regulatory cooperation. It establishes the grounds for voluntary cooperation in the area of TBTs to “exchange experiences and information” and “identify areas where [the parties] could cooperate more closely”. The protocol on the mutual acceptance of the results of conformity assessments, a critical step in pre-clearing goods for access to the single market, is a progressive approach towards mutual recognition and the reduction of TBTs. But applied to the UK, CETA would mean a considerable loss of market access and trade potential. Despite currently satisfying EU requirements, conformity assessment bodies within the UK would still need formal approval from the EU, a time intensive process lacking a clear criteria, which could restrict market access in the short term and disrupt existing commercial relationships.

Over time, technical barriers to trade would become more substantial if regulatory practices diverged, but this could be avoided if committed regulatory cooperation became institutionalised in a FTA. That is contingent on clear procedural measures and a commitment from both sides regarding regulatory approaches, an area where the EU’s negotiation position is considerably stronger. The EU is defending the regulatory status quo, and has historically had an extremely high preference for public safety standards over market access. Special treatment for the UK would be a departure from historical practice.

A default to WTO rules would result in significant barriers to trade in both the short and long term. Without the cooperative institutional approach that is standard to European FTAs, there would be little dialogue on TBTs – for example in committees and sectoral working groups on specific sectors – or regulatory cooperation more broadly through formal mechanisms to determine mutual recognition. This approach would be the worst case for market access, but it would allow the UK to pursue full regulatory autonomy.

Other types of trade arrangements with the EU could be used as a precedent, but the UK’s goals and standard practice within the EU are limiting factors. A customs union, endorsed by Labour, would prohibit any type of FTA between the UK and a third party. This fails to meet Theresa May’s red line on “the freedom … to negotiate trade agreements with other countries around the world.” And a bespoke FTA that allows deep market access without disruption due to regulatory barriers – the so called CETA+ type deal – would be a new and significant concession from the EU. A robust, top-down mutual recognition agreement covering coveted sectors appears unlikely, with Donald Tusk stating that such a “pick-and-mix approach for a non-member state is out of the question.”

The loss in market access resulting from regulatory divergence could be damaging for all trade in goods and services,. This is why the UK has emphasised the current close regulatory alignment, mutual trust and willingness to cooperate. Although the EU has signed its willingness to discuss limited “voluntary regulatory cooperation”, a broader framework of mutual recognition between the EU and UK is highly unlikely. Some experts argue the UK will be a “rule-taker” in trade in goods, but diverge from the EU’s regulatory body in services. Given the EU’s aim of a comprehensive trade deal and goal to prevent the UK from “cherry-picking”, this seems highly problematic.

The UK is negotiating for a “top-down” approach to regulatory cooperation, opting out or ‘de-recognising’ specific fields of trade. The EU is reluctant to give the UK selective market access free from a broad agreement on TBTs  because it wants to protect the Single Market and preserve its negotiating position in other FTAs. Since the EU’s regulatory policy body is strongly institutionalised and change requires input from 27 member states, it will be difficult for the UK to dictate regulatory terms. With the EU unlikely to capitulate, the UK will have to decide where the prize of regulatory autonomy is worth the costs to trade.

This post represents the views of the authors and not those of the Brexit blog, nor the LSE. A fuller version of this post appears here.

Hayden Goudy is a masters student in International Relations at LSE.

Elisa Kempe is a masters student in International Relations at LSE. 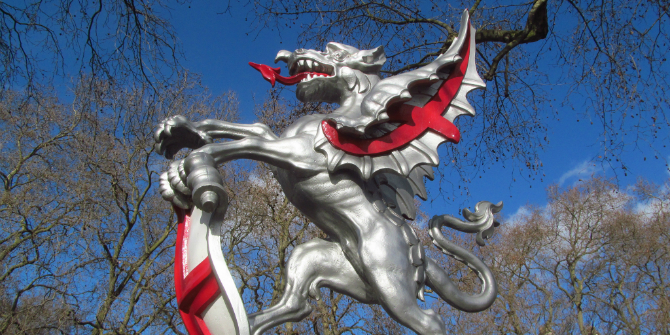