Neighbourhoods and immigrants: from fears of transformation to welcoming diversity

Neighbourhoods and immigrants: from fears of transformation to welcoming diversity

Neighbourhoods are dynamic social entities and that character is evident when they are faced with immigration. Lars Meier (HAWK) analyses the differences between neighbourhood responses to immigrants, which range from welcoming immigration to a blasé attitude, to fears of the unknown. In this blog, he explains the differences between these types of neighbourhood reactions with the help of sociological perspectives on nostalgia, power relations and reserved urban citizens.

Discussions on immigration and its impact on neighbourhoods are in the UK, but also in other countries, characterized by a fear of “the great unknown”. Often this comes in addition with a nostalgic feeling of the good old days that are times of dominance in the British Empire or of dominance in local neighbourhoods. Former conflicts and inequalities, especially to those who had to accept their subordinated role, are erased in such idealized nostalgic memories of the former powerful. There is some reason to say that such fears of anticipated neighbourhood transformation are also important reasons for the increase in popularity of right-wing parties or for the Brexit vote in the UK. But what development is taking place in the neighbourhoods from a sociological perspective? Initially, it is necessary to contextualize such fear-charged, right-wing neighbourhood protests or politics against immigration in urban communities. This is especially important in order to contradict a prevalent depiction that connects newly established refugee accommodations with neighbourhood opposition and protests against such settlements. In fact, we can see at least the following three main different types of neighbourhood reactions to the local immigration of refugees.

Volunteers set up emergency shelters for refugees in schools, provide them with translation assistance, teach, donate clothes and food, or help refugees in contact with authorities to improve their claim to support from the welfare state. However, this kind of support by volunteers often goes further by funding and being active in grassroots organizations that aim to establish new refugee settlements in the supporter’s own neighbourhood. The aim is to build ties between refugees and other inhabitants in the neighbourhoods. It is demonstrated that, in neighbourhoods where people and grassroots organizations are actively supporting refugees and claiming settlements, the general preferences of the other residents are also more positive toward refugee settlements. This is due to the creation of a more open and publicly discussed planning process, as well as the integration of the refugees in the public life of the neighbourhood as it was demonstrated in a recent research project. More information and more opportunities for everyday-life encounters between refugees and residents are created through public refugee work, such as in a community café or in general with organized public events. This is combined with the widely accepted correlation that more socially diverse regions show greater acceptance toward local diversity. 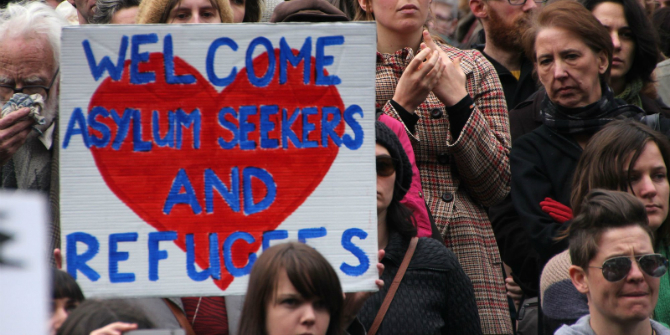 The usual cases in which neighbourhoods do not devote specific attention to the new settlement of refugees are also rarely the subject of sociological research. Georg Simmel (1950) has taught us in his seminal work on “The Metropolis and Mental Life” that urban life is – in contrast to everyday life in pre-modern villages – characterized by social diversity. Against this backdrop, he argues that such diversity and also the multitude of sensory inputs can be managed only with the reserved, blasé attitude of the urban residents. Urban life, in general, is a life in a land of strangers with heterogeneous cultures and populations of people coming from elsewhere and/or residing in transnational networks.

Unexpected encounters with others in public spaces are eminent for urbanity. But it is not necessary that this should be accompanied by positive or negative emotions – or with supportive or oppositional stances toward or against social diversity. Georg Simmel demonstrates that the city provides space for non-conformity and for the toleration of difference. Therefore, we can consider this type of neighbourhood as truly urban.

This type of neighbourhood, being reserved, oppositional or racist in relation to new immigrants and refugees, is a classic issue in sociology. Generally speaking, a multicultural backlash against diversity in general and against diversity-fostering initiatives could be seen in public and political discourse in Europe, in the USA and in other countries worldwide. But more drastically, this can also be seen in attacks against refugees and in armed conflicts in many regions all over the world. Therefore, it is not difficult to identify such neighbourhoods that object to refugee settlements or often struggle with racism. This goes along with a general discourse shift in politics as it is represented by the talks of political leaders that drastically overstate risks. This is accompanied by more or less openly xenophobic and racist stereotypes. It is a regime of representation that lays the discursive foundation for feelings of fear against those who are culturally different. This is joined by local examples of protests and racist attacks against refugee settlements in the community’s “own” neighbourhoods. For example, research has shown that Muslims suffer under a variety of ways in experiencing racist violence during everyday life. In this type of neighbourhood, the belief is held that the new refugee settlements will cause the deterioration of the community’s “own” neighbourhood. But how can we explain this in contrast to the two other types of neighbourhood reactions?

Research has shown that the reasons for such fears of neighbourhood transformations are not due to immigration, or to a rise in diversity, ethnicity or religion. Dwellings are also an issue of local power relations and the main fear about neighbourhood transformation is the fear about a projected or experienced loss of the own social position in the local neighbourhood. It is a loss of dominance about the norms and rules that structure everyday activities in those neighbourhoods. Moreover, it is a fear of losing the ability to enforce specific rules and cultural signs that structure the neighbourhood’s public space. This can be analyzed with respect to the established and outsider figuration – a social framework of individuals linked by rules and norms – as developed by Norbert Elias and John Scotson (1965). An adaption of this concept of the dynamic powerful relationship of different social groups is helpful in analyzing recent conflicts in urban neighbourhoods around refugees and transformations. Both groups differ in terms of the period of residence. The established group resides for longer times and can now rely on an established and supportive social network that the outsiders have not developed to such a degree. In this concept, the established group and outsiders are defined by their status and by differences of power between both groups. This type of neighbourhood is associated with the nostalgic narrative of an idealized golden era and socially harmonic past enjoyed by the established group in the neighbourhood. It is a nostalgic view of the past that has erased former social conflicts and social differences.

Case studies demonstrate that in some of those neighbourhoods, former immigrants had to subordinate themselves to the rules of the once dominant group of the established and were therefore invisible to them in former times. Immigrants place-making and expressing the validity of a new community is made impossible. But former established groups might have lost some of their previous power due to socio-economic transformations. This loss of power can be considered to also be due to a loss of the ability to set the cultural rules of the neighbourhood. The current fears and oppositions against refugee settlements exhibited by this type of neighbourhood could be viewed as being due to a projected loss of power within the local figuration.

Neighbourhoods are dynamic social entities and their dynamic character is evident when they are faced with immigration. Besides fear-driven protests and oppositional activities against refugees in some neighbourhoods, refugee hostels are also welcomed and receive support in other neighbourhoods. This also means that a dominant depiction of immigration and refugees, as the issue is discussed today, does not automatically lead to a uniform neighbourhood reaction against refugees. If we compare those extreme cases of different neighbourhoods’ reactions, it seems to be obvious that the key to developing more open and diversity-friendly neighbourhoods is to foster the participation of the inhabitants in local planning processes also regarding refugee settlements, to develop public spaces allowing everyday encounters across different social groups, and to facilitate diverse place-making strategies of different social groups locally.

My contribution demonstrates that we need to take a closer look to fully understand different neighbourhood reactions to refugees. The typology of neighbourhoods into welcoming ones, blasé ones and ones of fear helps to better understand those responses.

This post represents the views of the author and not those of the Brexit blog, nor the LSE. The article first appeared in an expanded version as “Three types of neighborhood reactions to local immigration and new refugee settlements” in the journal City & Community.

Lars Meier is a sociologist and full Professor at the University of Applied Sciences and Arts (HAWK, Hildesheim/Holzminden/Goettingen). 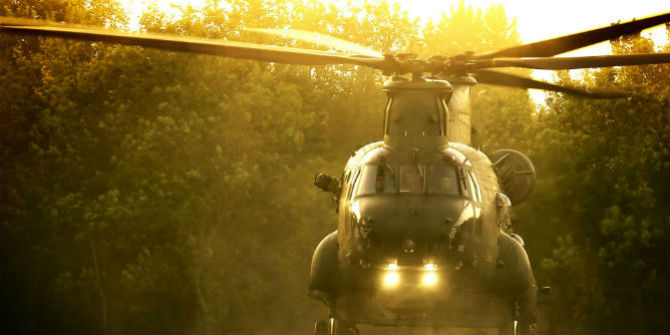 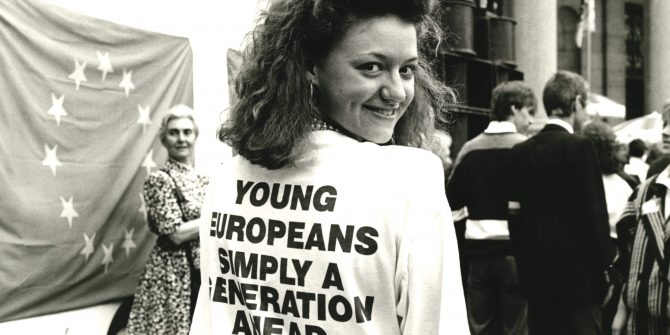