Britain faces a fateful decision. If it wants an FTA with the EU, says Carl Baudenbacher (Monckton Chambers/LSE), it will need to either sign up to EFTA/EEA institutions, or accept the Ukraine model – which will mean it is still under the jurisdiction of the ECJ.

Under Trajan the Roman Empire, at its greatest extent, encompassed the entire Mediterranean region, but also parts of present-day Germany, Britain, Romania, Turkey, Syria and Armenia. The European Union is preparing to build a similar empire. Roman law played an important role in the expansion of the Roman Empire; and the EU relies on the export of its law, and the extraterritorial effect of the case law of the European Court of Justice (ECJ).

The EU has concluded bilateral association treaties with four former Soviet republics, Ukraine, Georgia, Moldova and Armenia, under which these countries are aligning their legislation in important fields with EU law. The ECJ has a monopoly in the interpretation of treaty law which is identical in substance to EU law. Since each side can bring a dispute before the ECJ unilaterally, the European Commission may take a case to its own court and thus has a de facto right of surveillance over the associated states. Pro forma, the proceedings before the ECJ are preceded by an arbitration mechanism, which must, however, request the ECJ for a binding ruling in all significant cases. As leading commentators from the UK, Belgium, Norway and Germany have emphasised, this is a sham arbitration court. The aim of the above-mentioned treaties is to bring the four states closer to the ideas of democracy, the rule of law and market economy.

The same system is now to be set up for Morocco, Algeria, Tunisia, Libya, Egypt, Jordan, Lebanon, Israel, Palestine and Syria. For obvious reasons, Turkey does not figure on this list. It is officially still a candidate for EU membership. The EU also wants Switzerland and the UK to accept the Ukraine model. However, these two states need no EU tutoring on democracy, the rule of law and market economy.

It remains to be seen whether the EU’s expansion in the form described above is a wise policy. In the face of major internal problems, it looks like a diversionary tactic. But that is not the subject of the considerations below. Nor can the EU be morally reproached. It is, generally speaking, a benign hegemon compared with what former European powers have to answer for.

If you ask how Britain ended up with the Ukraine model, you have to look to Switzerland. Switzerland has concluded some 120 bilateral agreements with the EU. Twenty of these are particularly important. From 2008 on, the EU claimed that these treaties needed to be subject to a supranational supervisory and judicial mechanism. At the same time, the EU refused to conclude further bilateral treaties without an institutional structure. In 2013, the Union proposed to Switzerland that it dock with the institutions of the European Free Trade Association (EFTA) pillar of the European Economic Area (EEA), the EFTA Surveillance Authority and the EFTA Court. However, the Swiss government declined this offer and instead indicated that it wished to make the bilateral agreements subject to the jurisdiction of the ECJ.

The Swiss government did not admit it, but behind this move was the desire to set a point of no return on the road to Swiss accession to the EU. When it became clear in the course of the negotiations that the ECJ model would not stand a chance in a referendum in Switzerland, the EU put the Ukraine model on the table. Following the approval of the Swiss Federal Council in the spring of 2018, the Ukraine mechanism was also presented to the British. Surprisingly, Theresa May’s government accepted it and when Boris Johnson became Prime Minister, he too initially agreed. Now, however, resistance is stirring.

On the other hand, the government of Switzerland, a world champion in innovation which regularly tops global competitiveness rankings, is trying to sell the Ukraine model to its people. The Ukraine mechanism is the core of the planned Institutional Agreement with the EU (“InstA”). However, the efforts to present InstA as a Swiss negotiating success are embarrassing. Nothing of note has been “wrested” from the EU, nor is it true that Switzerland negotiated a better deal than the UK. It is clear to anyone with practical experience of the ECJ that the dispute settlement clauses in all bilateral treaties, whether with post-Soviet states, the countries of the southern Mediterranean or Switzerland and the UK, would be interpreted uniformly.

However, even if textual differences were to play a role and the InstA were to be interpreted solely on its text, the circumstances would have to be taken into account. They would clearly argue for a situation analogous to that in the case of Ukraine. It would, in any event, be the ECJ that would decide. The latter has already interpreted the free trade agreements (FTAs) concluded with the then EFTA states in 1972 uniformly. This was despite the ECJ not having a monopoly on interpretation under these FTAs.

There is no point in the semantic gymnastics of talking about a “two-pillar system” where there is only one pillar – namely the EU – or about “self-monitoring by Switzerland” where the monitoring competence is actually with the European Commission. Even the efforts to present the fake arbitration panel as a body with considerable powers are devoid of reality. It is notable that the EU’s Brexit negotiator Michel Barnier only speaks of the ECJ.

Swiss InstA aficionados console themselves with the assertion that the ECJ is a respected court with a great track record. Of course, that is undisputed. However, it is besides the point. The ECJ is, after all, the court of the other party, and thus it lacks impartiality. As an institution of the EU, the ECJ has the DNA of the EU, just as the Federal Supreme Court has the DNA of Switzerland. Anyone who is not impartial is biased. That is not a lack of character, but an objective fact and it also applies to the future UK-EU relationship.

It is precisely the EU’s plan to create a new empire around the Mediterranean that should divert Berne’s foreign policy from its rigid rabbit’s-eye view of the (alleged) Brussels snake. After all, there is room in Europe for two structures. Not all states are interested in political integration and not all believe in centralism. The core of the second structure could be EFTA. The EU would concentrate on political integration, while the second structure would limit itself to economic integration. Both organisations would work closely together, and the law would be basically the same in substance in both. However, surveillance and judicial control would be separate, as in the EEA. This would leave some room for systemic competition. Switzerland and the UK would be potential members of the second structure, in addition to the current EEA/EFTA states Iceland, Liechtenstein and Norway. However, the fact that Israel, for instance, is on the list of EU candidates for an agreement with the Ukraine mechanism also makes one sit up and take notice. How would a Joe Biden administration (or a second Trump administration) in the US view this? Finally, it is worth recalling that Bill Clinton’s secretary of state Madeleine Albright recommended EEA/EFTA membership for Turkey more than two decades ago.

In the second half of the 19th and the first half of the 20th century, agreements granting extraterritorial jurisdiction to the courts of the other party were known as “unequal treaties”. There was talk of “colonisation without colonies”. The cases in point were mainly China, Japan and the Ottoman Empire. The Swiss Federal Council must have the courage to tell its people that Switzerland wants the InstA, with its subordination to the supervisory competence of the European Commission and the jurisdictional sovereignty of the ECJ, as a step on the road to Switzerland’s future accession to the EU. If this is not feasible, the Swiss Federal Council must break away from InstA and join forces with other free trade- and market-oriented non-EU countries.

The UK is also facing a fateful decision. If it wants a FTA with the EU worthy of the name, the EU will insist on either the Ukraine model or the EFTA Surveillance Authority and the EFTA Court. A deal based on the Ukraine mechanism would be a bad deal. Instead of agreeing to that, the UK should follow David Owen’s advice and move closer to the EEA in a second round of negotiations.

How the EFTA Court works - and why it is an option for post-Brexit Britain August 25th, 2017 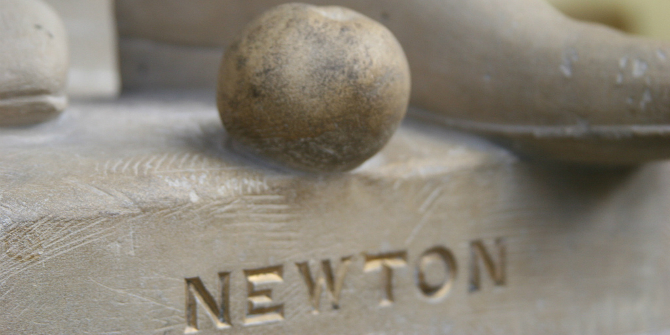 Long read: Can Brexit defy gravity? It is still much cheaper to trade with neighbouring countries