Nurses from the EU have stopped coming to work in the UK because they no longer feel welcome in the country, writes John Wells (Waterford Institute of Technology). Brexit will bring to an end to the tradition of Irish nurses working in Britain. It also looks unlikely that EU nursing qualifications will be recognised from January, and research will lose out if the UK excludes itself from EU funding.

The World Health Organisation (WHO) has designated 2020 as ‘The International Year of the Nurse and Midwife’, reflecting the fact that nursing is one of the most internationally mobile professions in the world. Given the critical shortage of nurses in the NHS, the effect of Brexit on the nursing workforce in the UK has received considerable attention. Attention has also focused on the numbers of European nurses working in the NHS, how many are/ have left since the 2016 referendum and what this means in terms of recruitment to the workforce in the future.

What has been less discussed is the impact of Brexit on the relationship between the UK nursing profession as a whole and its sister profession in the EU. Since it now seems very likely that the UK intends to exit the transition year without a comprehensive agreement/ treaty with the EU, the impacts on this relationship are likely to be considerable and profound in terms of the standing of UK nursing and its engagement with European nursing.

The NHS dependence on nurses from the EU became apparent following the 2016 referendum when the migration flow of European nurses into the NHS reversed, thereby exacerbating NHS nursing shortages (which were highlighted in the 2019 general election, when the current government promised to address the growing shortages by recruiting 50,000 new nurses).

This outflow, however, also highlighted the positive view held in Europe of UK nursing prior to Brexit since so many nurses from Europe had come to work in the NHS. Sadly, this perception is likely to change. This change in perception started almost immediately after the vote as European nurses reported that they felt the UK, particularly England, was a more hostile environment, with a number of EU nurses reporting individual negative incidents. These stories were widely reported in Europe and, taken with the Brexit rhetoric that some UK politicians expressed about whether or not EU citizens were welcome to come to the UK, prompted not only EU nurses to leave the UK but also to discourage others moving there. As it now stands, few European nurses would contemplate moving to the UK to pursue their nursing career.

The perception that the UK is hostile to European nurses received further validation after legislation enacted in March 2019, which empowers the UK regulator not to recognise EU nursing qualifications after December 2020. Prior to Brexit, mutual recognition of qualifications facilitated nursing mobility into the UK. The message such a power conveys to Europe is that EU qualifications are seen as inferior to those of UK nurses. Should the UK regulator follow through on this power it will inevitably invite a counter-response from EU nurse regulators.

In fact, it may be inevitable that the system of mutual recognition of qualifications between a Brexit UK and the EU changes in the absence of a comprehensive treaty, since the UK will then have no formal standing with EU and its regulatory bodies, including nursing. In this context, the UK will not be party to regulatory and educational developments within the EU and this will further isolate UK nursing. For example, there are currently moves across the EU to develop a uniformity in nursing curricula in each member state in compliance with Directive 2013/55/EU. The purpose of this is to reinforce mutual qualification recognition and nurses’ mobility between member states. The UK will not be part of these discussions and implementation and, therefore, once it is accepted, non-compliant with EU nursing curricula requirements for mutual recognition.

UK nursing has played a leading role in the EU in the field of nursing and healthcare research through major initiatives such as Horizon 20/20 and educational projects run through the ERASMUS Plus initiative. Engagement in such projects requires exchange of information and, in order to receive funding, either to be a member of the EU or on an approved list of third party countries (that is, countries that are not members but which the EU sees as important to collaborate with). As a third party country without formal status with the EU, UK nursing will be excluded from these initiatives. This will be a loss to EU nursing, as the UK is held in high regard in the field of nursing research. Nursing research is gaining considerable traction in Europe and is expanding: EU funding will be better than is likely to be available to nurse researchers in the UK.

One EU member state traditionally has had a very close relationship with UK nursing. That state is Ireland. In a recent editorial for the Journal of Nursing Management, I highlighted some of the dilemmas that will face Irish nursing in coming to terms with Brexit in the context of the common travel area between the UK and Ireland. However, one issue I did not address so explicitly was the changing view of the UK amongst Irish nurses.

Traditionally, most Irish nurses who practised outside of Ireland worked in the UK, drawn there because of proximity, family ties and a common language. Perceptions amongst Irish nurses of the UK in Ireland have changed because of Brexit. Irish nurses, like nurses in Europe overall, perceive much of what is going on in the UK negatively. Newly qualified nurses in particular no longer see the UK as an attractive place to consider nursing compared to other countries. A very long-standing and positive relationship between Irish and UK nursing that has endured in spite of political tensions in the past is changing as a result of Brexit.

Brexit, like so many other fields of UK engagement with Europe, will diminish the influence of UK nursing within Europe. It will serve to create an atmosphere of potential mistrust and get in the way of effective co-operation between the profession based in the UK and its sister profession in the EU. The profession of nursing in general will be the loser.

Professor John Wells is Dean of the School of Health Science, Waterford Institute of Technology. He trained as a mental health nurse at Springfield Hospital in London. For the last 22 years he has worked in academic nursing in Ireland. He is currently leading a EU-funded project on student nurse stress management. 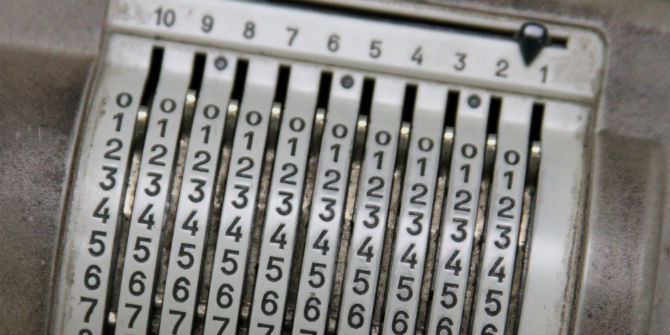