European Investment Bank: the UK will miss it when it is gone

European Investment Bank: the UK will miss it when it is gone

European Investment Bank loans have been present in every important sector of the UK economy. The UK will miss that gold-plated source of project finance when it is gone, write Brian Unwin and Iain Begg.

With the prospect of ‘no-deal’ once again prominent in the headlines and the fear that the government is now leading us into an at best threadbare Brexit trade deal at the end of this year, there has been a renewed focus on the likely disruption to the UK economy. This outcome will pile significant economic damage to the economy on top of that already caused by the COVID pandemic. As a report this week from the  UK in a Changing Europe demonstrates, not having a deal will have consequences more profound than restricting trade between the UK and the EU27.

The report’s conclusion is both stark and worrying: ‘a no-deal outcome will have repercussions not just on our economy, but on our politics, our security, and the UK’s own Union’. The Kafkaesque announcement that lorries will need a permit to enter Kent reinforces the sense of disarray, whatever Michael Gove, the responsible minister, claims about contingency plans, including the hiring of an additional 50,000 customs officers and border officials.

Even if, in a last minute settlement, it proves possible to avoid lengthy delays and blockages at the major ports, critical breaches of supply chains, shortages of food and other essential commodities, the magnitude of the challenge facing the UK economy has to be recognised, yet the government has remained remarkably silent about a further serious blow to the economy arising from Brexit – the loss of access to investment finance from the European Investment Bank (EIB). 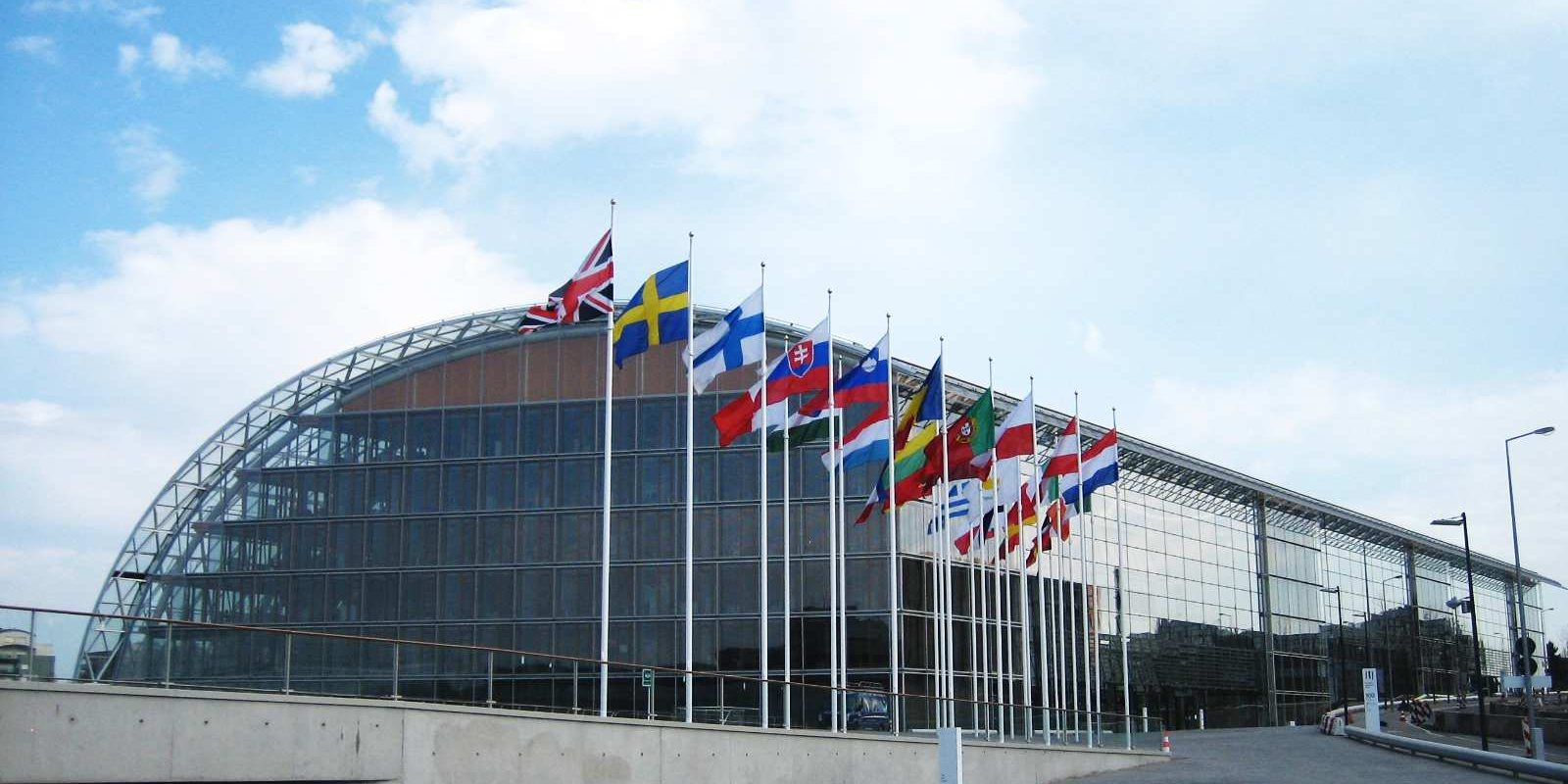 The EIB is a financial giant

The EIB, situated in Luxembourg, is the EU’s house bank and by far the largest multilateral lender in the world. Founded under the Treaty of Rome in 1957 its primary purpose is, by raising finance on the world’s capital markets with its top-class AAA rating, and on-lending it long-term for viable projects in member states, to promote the balanced economic development of the EU.

Since the UK joined the (then) European Community in 1973 the EIB has lent nearly €120 billion for projects in the UK. Many of them are iconic transport infrastructure projects such as the channel tunnel and the second Severn crossing but in recent years the EIB has extended its coverage to “social” sectors such as education (schools and universities), health and housing. Prior to the 2016 decision to leave the EU, annual lending to the UK was running at around €7 billion a year, which, since the EIB lends on average around a third of total project cost (it plays a valuable role as a catalyst for other lenders), supported total annual investment of around €20 billion.

But all that will cease with Brexit. The Withdrawal Agreement stated clearly that “After withdrawal UK projects will not be eligible for new operations from the EIB reserved for member states”.  This is because the EIB’s statute restricts it to lending in member states except for a small minority of loans in third (mostly developing) countries under unanimously agreed special provisions. In theory, if good will were available after departure, amendments to the Treaty and/or to the EIB’s statutes could be made to enable the UK to continue to benefit from EIB finance.  But this would also require unanimity and given the UK’s increasingly aggressive approach to the negotiations – not to mention its threat to break international law by reneging on key provisions of the Withdrawal Treaty – such good will is most unlikely to be available.

Ominously, the EIB, and its subsidiary, the European Investment Fund (EIF), which has been providing over a third of UK venture capital, have already, in anticipation of the final break, drastically reduced their UK commitments (the EIB to less than €1 billion in 2018). And despite talk of setting up a new British investment bank, little seems to have been done so far that could begin to replace EIB finance.

Can the UK replace the EIB?

It is easy to argue that, because the UK has the City of London, there should be no problem in financing public projects: easy but wrong, because while the UK has better provision than many EU countries of funds for venture capital, it lacks an investment bank. An example is Germany’s publicly-owned KfW Group, founded in 1948, which played a pivotal role in rebuilding the German economy after the devastation of World War II and has continued to support both private and public investment aimed at boosting economic development. It has issued loans worth some €1.7 trillion over seven decades.

The UK has, instead, relied on the EIB to provide the distinctive long-term finance so crucial for major projects. Despite the presence of the City, the UK has also benefitted substantially from the European Investment Fund (EIF). This was set up by the EIB in 1993, initially to support SMEs, but in recent years has concentrated on providing innovative firms with venture capital, of which the UK has been the largest recipient.

What the EIB has done for the UK

It is instructive to look at where EIB funding has gone in recent years inside the UK. EIB investment has been in every important sector of the UK economy – transport, energy, health, education, water, urban development and social housing, industry (including the motor industry and electric vehicles), telecommunications, and waste disposal. Furthermore, it has been widely distributed throughout the UK and all its regions. Drawing on information from the EIB’s own database, the sheer breadth of the projects supported is striking (note: all figures converted from euros – the currency in which the EIB lends – to pounds at a rate of 1.11 euros to the pound).

In the North West of England, loans for projects range from £135 million to extend the Manchester Metrolink (signed just a month before the UK formally left the EU and following a succession of previous such loans), through renewal of rolling-stock for Merseyrail (£200 million, 2016) to financing amounting to £155 million for the new Royal Liverpool Hospital and for Alder Hey children’s hospital in 2013. In addition, there is support for a variety of other projects related to gas, electricity and water supply, as well as housing.

Scotland has benefited from loans for:

Universities across the country – from the New University of Ulster to the University of Kent, by way of Bangor, West of England, Oxford and many more – have taken out loans to improve teaching and research facilities. Loans for massive infrastructure projects in London, such as the Thames tunnel to upgrade sewage treatment (£800 million in 2016) and for upgrading the Tube (£1.25 billion in 2015) show that some of the richer parts of the UK have also benefited. There was, moreover, also a £50 million loan in 2019 to the Greater London Investment Fund to support innovative small firms, and housing projects in London have received substantial loans.

Perhaps presciently, a loan of £81 million for developing the Port of Dover was agreed six months after the Brexit referendum.

These few examples, highlighting the fact that the EIB has supported richer and poorer parts of the UK, give only a glimpse of its impact. At a time when the ability to attract new investment finance, not least for large infrastructure projects – the EIB’s speciality – is crucial to the government’s ambitions to “level up” the economy, benefit the “red wall” constituencies and reduce the north-south divide, loss of long term EIB loans will be a very serious blow. Plainly, the UK could seek to set up something comparable, but it is a proposition which many governments have pondered over the years, yet never managed to deliver. The UK, in short, is likely to suffer from losing a gold-plated source of project finance. It may not be top of the political agenda or have the newsworthiness of other topics. But it is a facet of Brexit that deserves more attention.

This article gives the views of the authors, and not the position of LSE Brexit, nor of the London School of Economics. It was first published on the Federal Trust. European Investment Bank, Credit: Forgemind ArchiMedia (CC BY 2.0) 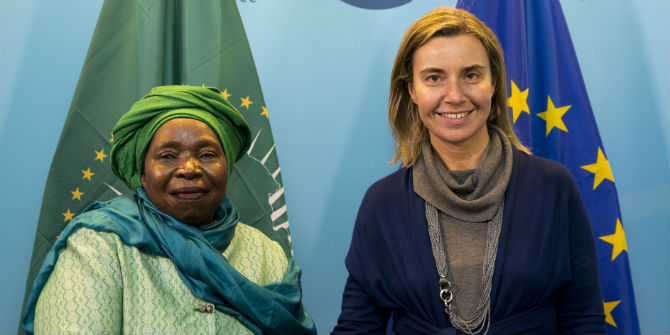 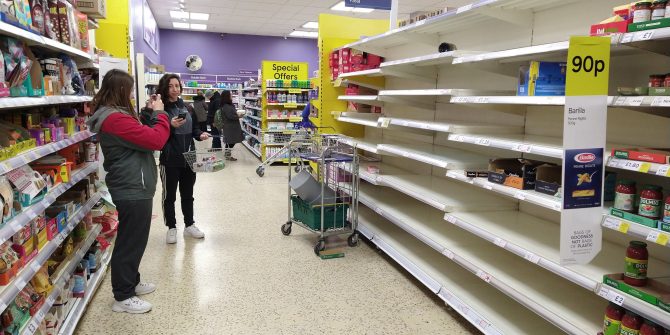