It has been quite a 48 hours. A period marked by that mixture of tension and intensity such as has come to be uniquely associated with Brexit – ‘Brextensity’, if you will – and, yet again, much of it centred on Northern Ireland. Yet, as Katy Hayward (Queen’s University Belfast) concludes the issue of Northern Ireland is far from ‘sorted’.

On Monday afternoon, the UK government declared it was bringing not one but two guns to the table over the Ireland/Northern Ireland Protocol. Unless we come to an acceptable arrangement around implementing that deal, it threatened, we will do our own thing when it comes to some of the tricky stuff. It began by reinserting into the UK Internal Market Bill the clauses that allowed it to breach the Protocol – a move which received strong support from Conservative MPs. So armed, Michael Gove went over to Brussels to meet Maroš Šefčovič, the co-chair of the Joint Committee overseeing the Protocol. Whether it was because of or despite the dramatic flourishes who knows, but the meeting went well.

On Tuesday afternoon, Gove and Šefčovič announced that they had reached an ‘agreement in principle’ not only on the points the UK liked the least but ‘on all issues’. This included the elements that the UK had objected to most strongly: exit summary declarations on goods moving NI to GB, the criteria to determine which goods are ‘at risk’ of going from GB to the EU via NI, the limitations of state aid rules, and even a monitoring presence for the EU in NI. It is essential, they asserted, that the Protocol, is ‘fully operational’ on 1st January. [Yes, that same 1st January which is 15 working days away].

To seal the deal, the UK withdrew the controversial law-breaking clauses and published the long-anticipated Taxation Bill needed to implement the customs, tax and excise elements of the Protocol. This Bill makes it very clear – if it wasn’t before – that although Northern Ireland is officially in the UK’s customs territory, Union customs legislation will have an effect in the region. Furthermore, customs legislation ‘can apply in relation to the movement of goods, people, and vehicles’ across the Irish Sea. This means, in principle, that EU tariffs could be collected on goods moving from Britain into Northern Ireland.

Businesses held their breath. What had Gove and Šefčovič (as co-chairs of the Joint Committee overseeing the Protocol) agreed in their political meeting that could possibly mitigate the effects of this – particularly in the event of there being no UK-EU free trade agreement?

On Wednesday afternoon, the details of that agreement began to be released. Michael Gove’s statement to the House of Commons was typically bullish, claiming that the arrangement ‘puts the people of Northern Ireland first’. He asserted that the unfettered access from NI to GB was ‘protected’, NI’s place in the UK customs territory was ‘safeguarded’, and that the ‘deal would keep goods flowing between Great Britain and Northern Ireland in January’.

What was perhaps most interesting about his speech was what it didn’t contain. The biggest breakthroughs that had been reported by journalists were not in Gove’s speech. Although he claimed that ‘Northern Ireland’s supermarket supplies’ would be ‘protected’, Gove gave no details of a trusted trader scheme nor of exemptions or derogations. Instead, there would be ‘a grace period for supermarkets to update their procedures’, and ‘up to 12 months’ for the medicines industry to adapt as necessary to the Protocol rules to maintain those critical supplies. The promise of ‘further measures of financial support, helping businesses and communities to prosper and thrive from the end of the year and beyond’ rings a little hollow when considering the scale of adjustment that NI businesses are having to make in a context of pandemic-induced crisis.

‘Brextensity’ on top of crisis seems as cruel as it is unnecessary. At least now the Protocol should come fully into force without it being the subject of legal action by the EU against the UK. But the significant progress made is just at the level of decision-making, which should have been completed months ago. The lows and highs of the drama at the start of this week may have played well to a certain audience, but they have felt insulting and exhausting to those who simply want to know what to do to keep in business in less than three weeks.

First, detailed information and clear answers to questions, and reasonable time and ‘grace’ to adapt. Moreover, the operational systems for the new procedures need to be at least functional. Obviously. And, secondly, above all else, we need a UK-EU deal. It has always been the case that the further apart the UK and the EU sit, the more difficult it would be for Northern Ireland to remain in the middle, closely attached to both. If there is No Deal, then no amount of mitigations or packages (or, indeed, sovereignty-swagger) will compensate for the disruption it will cause to the UK’s internal market and, longer-term, Northern Ireland’s place within it. 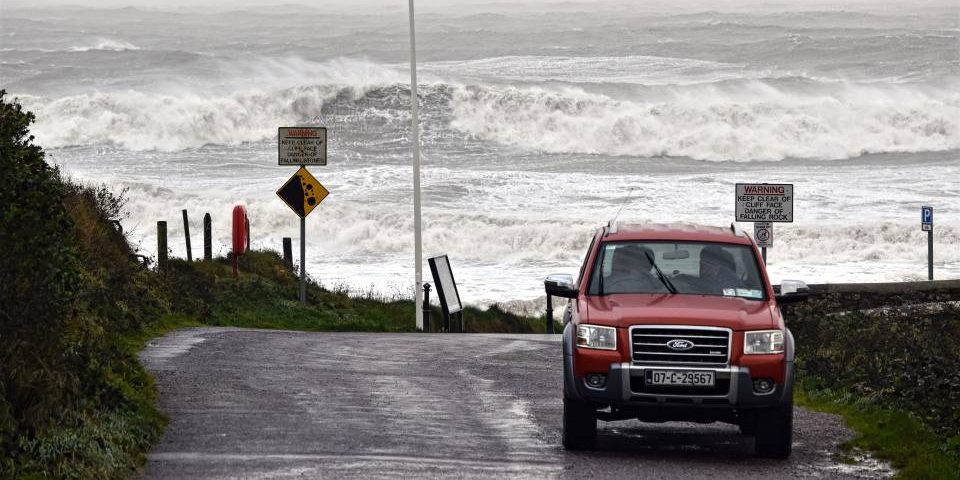