Colin Murray (Newcastle Law School) argues that Northern Ireland’s Unionist Parties should rein in their opposition to the Ireland/Northern Ireland Protocol. Brexit has undoubtedly produced many immediate dislocations, but these could be mitigated under the Withdrawal Agreement processes and over time the unique access to the Single Market that Northern Ireland retained will make it an attractive base for companies seeking to trade in both the UK and EU.

The first few weeks of the operation of the Ireland/Northern Ireland Protocol have been characterised by upheaval in trade in goods. This should not have been surprising; the post-Brexit rules were finalised with pitifully little time for traders to adapt. But in amongst these so-called “teething troubles” following Brexit there are also longer-term adjustments to Northern Ireland de facto remaining in the EU Single Market for goods which are seeing some businesses in Northern Ireland reorient some supply chains through the EU Single Market where they once flowed through the UK.

These efforts involve legal actions, petitions, fiery denunciations of the Protocol in the Northern Ireland Assembly and the UK Parliament and the threat of popular protests, styled by one DUP MP, in a singularly inappropriate phrase in the Northern Ireland context, as “guerrilla warfare” against the Protocol. This amounts to a classic playing of the “Orange Card”, by which the Unionist parties seek to persuade the UK government to backtrack on the basis that the cooperation of Unionists is necessary to make Northern Ireland governable.

The blueprint for this campaign was Unionism’s efforts against the Anglo-Irish Agreement in the latter half of the 1980s. It too began with legal challenges on the basis that the 1985 Agreement conflicted with Article 6 of the Act of Union, which maintains that under the Union the people of Northern Ireland should “be on the same footing” as those of Great Britain, including as provided under international agreements. For Unionists, it is axiomatic that Northern Ireland is being treated differently from Great Britain under the Protocol. Whereas the challenge to the Anglo-Irish Agreement was dismissed in a judgment of a few hundred words, the latest challenge will require greater attention.

The trading provisions of the Protocol rest on a sleight of hand. They maintain that Northern Ireland is part of the UK’s customs territory, but that it will continue in practice to apply the rules of the EU Single Market in goods. This arrangement might be unattractive, but it was arguably adopted by the UK government and the EU specifically to enable the settlement to be fitted within the UK’s constitutional arrangements without requiring explicit amendment of the Act of Union. The EU Withdrawal Agreement was approved by Parliament, which legislated to give effect to it. It was the central issue of the Conservatives’ 2019 General Election campaign.

The legal challenge to the Protocol on the grounds of the Act of Union and the Northern Ireland Act 1998 thus run into the reality of parliamentary sovereignty under the UK constitution. It is impossible to say that any alteration of the terms of this legislation has happened accidentally or by side wind. The UK Parliament was fully aware of the implications of its actions for Northern Ireland. For the courts to intervene, the Act of Union would have to be accepted as a constitutional measure of greater significance than the Brexit legislation, and that really would amount to a complete revolution in how we understand the UK constitution. The Union has, in reality, changed radically since 1801. If it can accommodate diverse devolution settlements without jeopardising the concept of its peoples being on the same footing, it can just as surely accommodate the Protocol.

The Protocol did not fall into place without thought. At present, the UK government rhetoric by which Northern Ireland will enjoy the “best of both worlds” under its terms (with a privileged place both within the UK Internal Market and the EU Single Market), seems particularly glib. But the new processes which accompanied the Protocol entering force were inevitably going to result in dislocations, especially for smaller businesses, when they were imposed with little lead-in period. Over time, however, the unique market access that Northern Ireland now enjoys will make it an attractive base for companies seeking to trade in both markets.

The Protocol is not, as has been suggested by Vernon Bogdanor, a nationalist solution adopted by a unionist government, it was necessitated by successive UK prime ministers accepting that a form of Brexit which imposed barriers to cross border trade on the island of Ireland would undermine the safeguards for cooperation between Ireland and Northern Ireland in the Belfast/Good Friday Agreement of 1998. Indeed, the terms of the Protocol are the symptom, not the cause, of the barriers which have developed between Northern Ireland and Great Britain. If the UK government had sought to maintain a high level of alignment between the whole of the UK and EU rules regarding trade in goods, as was set out in Theresa May’s version of the Brexit deal, the dislocations between Northern Ireland and Great Britain would have been mitigated. The nature of Brexit remains at the heart of the current disruption.

This is not a territory that judges will want to step into; the Brexit deal represents a set of deliberate policy choices which have been affirmed by Parliament. This leaves the question of what Unionists are to do with their opposition to these new barriers. Bringing their challenge to the courts will all but inevitably receive an unequivocal answer that the UK Parliament can legislate to manage the trading relationships between different parts of the UK. If such a rebuff does not blunt their campaign, then the UK Parliament also has the powers under the Withdrawal legislation to give effect to the Protocol should Unionists attempt to stymie its implementation through the departments they control in the Northern Ireland Executive.

What seems left is a scorched earth policy, seeking to make the Protocol so unworkable that there is a hope of persuading a majority within the Northern Ireland Assembly to abandon its trading provisions when they must be confirmed by it in 2024. If Northern Ireland’s governance exists in a state of perpetual crisis, moreover, inward investors will baulk at this instability and any putative benefits of the protocol will not be realised. This, however, should give Unionists pause for thought. Such a crisis, of their making, is only likely to intensify pressure for a referendum on the (re)unification of Ireland. By contrast, if the Protocol does create competitive advantages for companies operating in Northern Ireland, it offers Unionists the best chance to persuade its people of the benefits of remaining part of the UK.

And if, one day, Unionists do lose out in a referendum on Northern Ireland’s constitutional status, they will seek to make a case for ongoing close connections with the UK for Northern Ireland to be part of the new constitutional settlement in Ireland. The Belfast/Good Friday Agreement makes specific pledges as to the ongoing ability of the people of Northern Ireland to continue to identify as British, Irish or both in this eventuality. Adaptations such as a federal model for Ireland have, moreover, long been mooted in the context of (re)unification. If, in such a scenario, businesses have come to depend on the Protocol to the extent that much of Northern Ireland’s economy draws upon their unique access to the EU and UK, there is likely going to be an effort by Unionists to retain the Protocol’s unfettered access for Northern Ireland’s businesses to Great Britain as part of the negotiations over the shape of (re)unification.

It might therefore be time for Unionists to stop worrying and love (or at least tolerate) the Protocol.

Colin Murray is a Reader in Public Law at Newcastle University. He is Principal Investigator for the Performing Identities project exploring Brexit’s impact on governance and identity in Northern Ireland, which is supported by an Economic and Social Research Council Governance After Brexit Grant (ref. ES/S006214/1) (@performidentity). He is a co-author of Bordering Two Unions: Northern Ireland and Brexit (Policy Press, 2018) – available open access. 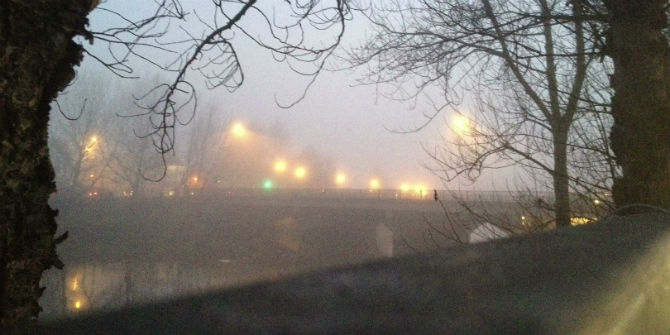 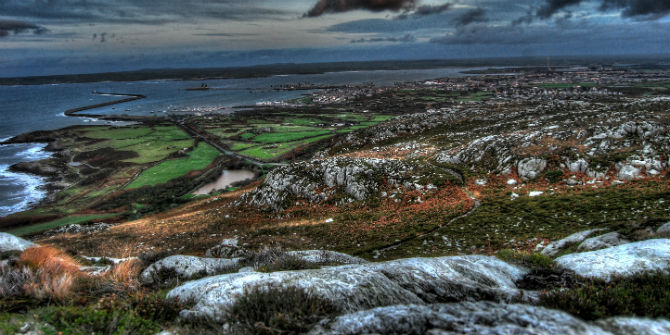