When politicians deploy racist messaging in their campaigns, they exploit the politics of unfinished conflict. Jennifer Curtis (University of Edinburgh) has spent years researching two communities with troubled histories – west Belfast and Springfield, Missouri. She reflects on how communities can try to acknowledge and process past atrocities.

Pandemics have a way of displacing all other preoccupations. Although the implementation of Brexit has receded from public attention as COVID-19 wreaks human and economic devastation across the globe, the racist messaging of both the 2016 referendum and Trump’s campaign will have ramifications for both Britain and the US.

Both the Leave and Trump campaigns asserted a specific, ethnicised sovereignty against outsiders. Both campaigns relied heavily on online advertising, using social media – possibly illegally – to target voters with xenophobic and racist messages. Hate crimes rose in both England and Wales and the US during and after the elections.

My long-term ethnographic engagements in Belfast, Northern Ireland and the Ozarkian city of Springfield, Missouri reveal another salient comparison: that racist and xenophobic campaign messages exploited the politics of unfinished conflict, of race and nation, in both countries. Such exploitation creates huge risks for democracy. Both state and nation become more vulnerable to foreign disinformation campaigns, to the debasement of political processes and norms, to the reproduction of structural racialised inequalities, and, chillingly, to the intensification of violence. Long histories of racial and ethnic violence shape personal experiences and political action in both Northern Ireland and Missouri. These politics of unfinished conflict saturate contemporary politics, defining subjectivities in which race, class, gender, and religion intersect in complicated ways. When partisans exploit these politics, the risks of renewed violence increase, and systemic inequalities rooted in these conflicts are reproduced.

In the present global health emergency, racialised structural inequalities are even more apparent than usual, although the 2016 campaigns are a distant memory for many. In the UK, the Covid-19 death rate for BAME (Black, Asian and Minority Ethnic) communities is “more than twice that of whites.” In the US, with people of colour over-represented in essential jobs, mass incarceration, and migrant detention, and with racial inequalities in access to healthcare, black Americans are also disproportionately dying from the virus. Similarly, the UK and US administrations of Johnson and Trump have responded far less effectively to the pandemic than other industrialised nations. Although some observers note that the UK public has responded to the pandemic with a greater sense of unity than the US, the disparities between Northern Ireland’s and Ireland’s pandemic responses once more underscore that the Irish border remains a stubborn problem for post-Brexit arrangements. The politics of unfinished conflict sustain these disparities, and continue to shape US and UK politics, institutions and electorates.

Seeing past the new and the now

“This is a symbolic burial of the past and proclamation for the future,” the mayor of
Springfield, Missouri declared at a 2013 event commemorating the fiftieth anniversary of
the 1963 March on Washington for Jobs and Freedom. His words were designed as
a strong rhetorical flourish, yet landed in a tone of mild platitude.

In August 2013, cities and towns across the United States marked the fiftieth anniversary
of the 1963 march. In Springfield, about 1,500 citizens gathered in the city square
following a march. The mood had been genial, even festive, as elderly civil
rights activists mingled with young black students from the state university, city officials,
and LGBT rights advocates.

In a corner, four elderly members of a local black fraternal order, wearing fezzes and sashes, waited at a microphone to speak about local experiences of the civil rights movement and bury a time capsule at the site where three innocent African American men were lynched in 1906.

This was the past the mayor hoped to bury. But as one of the lodge members began to
speak, static drowned out his voice, and the sound system was abruptly cut. The lights
shifted back to the bandstand.

Although some people around me were confused by the change, most seemed unfazed. As one participant noted, many younger participants had no idea what history the mayor meant to bury. With the fraternal order’s statement unread, that history remained unspoken. Whatever the reasons for this series of events (technical difficulties were the official explanation), African American citizens were marginalised in a program ostensibly designed to honour their history.

In April 1906, 6,000 Springfield residents witnessed the torture and murder of three black men. A mob that included police officers abducted Horace Duncan, Fred Coker, and Will Allen from the city jail. The men were tortured for hours. Perpetrators then hanged the men from a tower topped by a ten-foot replica of the goddess Liberty and set their bodies on fire. The lynching followed the pattern of thousands of others in the country: an accusation of sexual transgression, a vigilante action, and a public spectacle of violence. After the murders, the mob descended on the city’s predominantly black neighborhoods. Missouri’s governor sent the National Guard to stop them and restore order, but many African Americans fled, abandoning homes and property.

More than 20 lynchings of African Americans took place in southwest Missouri and northwest Arkansas between 1894 and 1909 (Harper 2010). Similar waves of mass racist violence engulfed the state, and then the nation, in the subsequent decade.

White supremacist violence lives on in Springfield, Missouri. The Southern Poverty Law Center monitors 22 active hate, patriot and militia groups in the area; the region is also a hub for the US National Socialist Movement (Nazis). In 2013, after George Zimmerman was acquitted of murdering black teen Trayvon Martin in Florida, the local Ku Klux Klan leafleted neighborhoods in Springfield, offering neighborhood watch services. The following year a white supremacist named Frazier Glenn Miller travelled north from his adopted home in the Ozarks to Kansas City, where he murdered three people at a Jewish community center and a Jewish retirement home.

A year after the 2013 ceremony, events in Ferguson dragged public attention back to Missouri’s, and by extension America’s, politics of race. In August 2014, Michael Brown was killed by a police officer in Ferguson, Missouri, and the Movement for Black Lives (MBL) gathered momentum. After Brown’s death, African American students at the state university in Springfield organised a demonstration. Thirty-odd young people silently carried “Black Lives Matter” signs past a tailgate party before the homecoming football game. Tailgaters heckled students with racial expletives, threats, and calls to “Go back to St Louis.” Several of the students were sanguine about the hecklers, noting that such epithets were directed at them on a daily basis. Protests like this one, and the Black Lives Matter movement generally, connect past and present violence. But what are we to make of the white “tailgaters” who shouted racist abuse at the students? The fact that these white citizens were comfortable publicly shouting racist abuse speaks more to the enduring legacies of Missouri’s history than class anxieties – or a Trump candidacy that had yet to materialise.

In Northern Ireland, many of my research participants voted to remain in the EU in the hope of preserving a hard-won peace. Residents of Northern Ireland are familiar with the dysfunctional politics produced by ethnic conflict. During 14 years of fieldwork and research in Belfast, I observed both violent clashes and debates about past violence (Curtis 2014).

Experiences of violence and participation in paramilitarism were not evenly distributed across the population. My fieldsites in nationalist and loyalist west Belfast were located at a geographic epicentre of violence. With three different blocs at war – republican paramilitaries, loyalist paramilitaries, and state security forces – many were caught in the crossfire. One woman rhetorically asked me, “Who am I the victim of?…I was burned out of my home by Protestants….My brother-in-law was shot dead by the British Army, and my best friend, who was in the police, was shot by the IRA”.

Insularity, racism, sectarianism, support for violence – it is true that over many years I heard such sentiments uttered by Belfast research participants. Yet ultimately, those sentiments did not translate into overwhelmingly anti-EU attitudes. Certainly, the ethno-political logic of the region’s politics — and the Good Friday Agreement — have led parties like the DUP to embrace Brexit as a further demonstration of their union with Britain. Nevertheless, many Belfast residents experienced heart-rending losses and traumatic injuries, yet connected their experiences of a less awful world after the GFA to institutions like the EU. That does not mean bitterness and recrimination are over, or that the people of Northern Ireland have achieved consensus about the past or shared aspirations for the future. But it does mean that despite the flaws of the GFA, people have begun to make progress toward building a more inclusive future. Unfortunately, there are increasing indications that imminent departure from the EU is reanimating the conflict —and paramilitary groups are planning returns to violence.

They haven’t gone away, you know

The strategy of using racist rhetoric for electoral gain is old, but these strategies are dangerous to democracy. When parties openly embrace such discursive strategies, incitement and returns to violence follow. Administrative violence in both the US and UK has expanded through immigration policies, such as migrant family separation in the US and deportations of the Windrush Generation in the UK.

Dysfunctional politics are also intensified when parties, campaigns, and elite actors exploit the politics of unfinished conflict. When parties openly embrace racist ideologies, these ideologies inevitably shape policy itself, as is now plain in the Missouri legislature, where the Republican party holds a legislative supermajority. Rhetorical dog-whistles to the Republican base are now literally legislative proposals. For example, House Bill No. 1794, a fetal personhood bill, was designated the “All Lives Matter Act,” as a sideways barb toward the Movement for Black Lives. In 2017, revisions to the Missouri Human Rights Act made discrimination claims much more difficult to pursue, and the state NAACP president was silenced during his legislative testimony when the committee chair cut off his microphone.

Yet past atrocities can be recognised and processed, helping communities to end the politics of unfinished conflict and facilitate real policy reforms; these efforts help build a citizenry able to resolve conflicts, redress injustice, and prevent future violence. In Northern Ireland, victims’ groups and advocates have established multiple processes and forums for truth-telling and reconciliation. In the US, the Equal Justice Initiative in Montgomery, Alabama, unveiled the first national memorial to lynching victims in 2017. Attempts to remove Confederate statues, to commemorate lives lost to lynchings, and other memorialisations are part of a monumental reckoning. The Springfield Community Remembrance Coalition worked with the Equal Justice Initiative to erect a marker in the central square memorialising Horace Duncan, Fred Coker and William Allen.

Sadly, the US and UK coronavirus responses may necessitate more memorials and truth processes. When politicians use racism and xenophobia for electoral advantage, they enable new atrocities and imperil fragile grassroots efforts to liberate politics and society from past conflicts. Nevertheless, in both the UK and the US, there is a new generation of leaders and young people willing to end the silences, and able to, as the sociologist C. Wright Mills’ phrased it, “connect personal troubles and public issues”.

Jennifer Curtis is an Honorary Fellow in Social Anthropology at the University of Edinburgh.

Fog in Belfast: a hundred years of uneasiness, and no end in sight February 28th, 2020 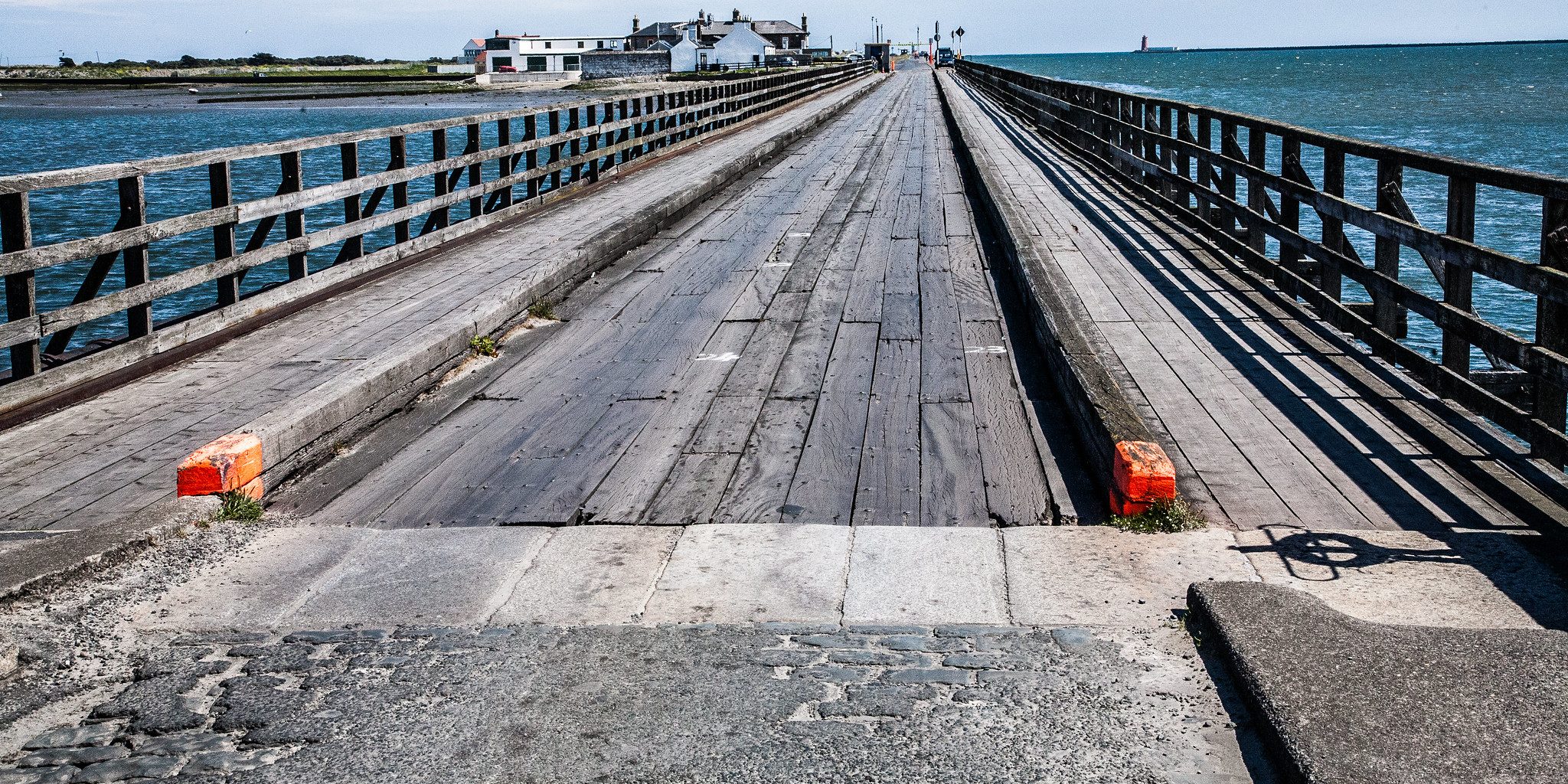